Fifty years ago, in the pages of Popular Science, a famous rocket scientist foretold the importance of reusable rockets. 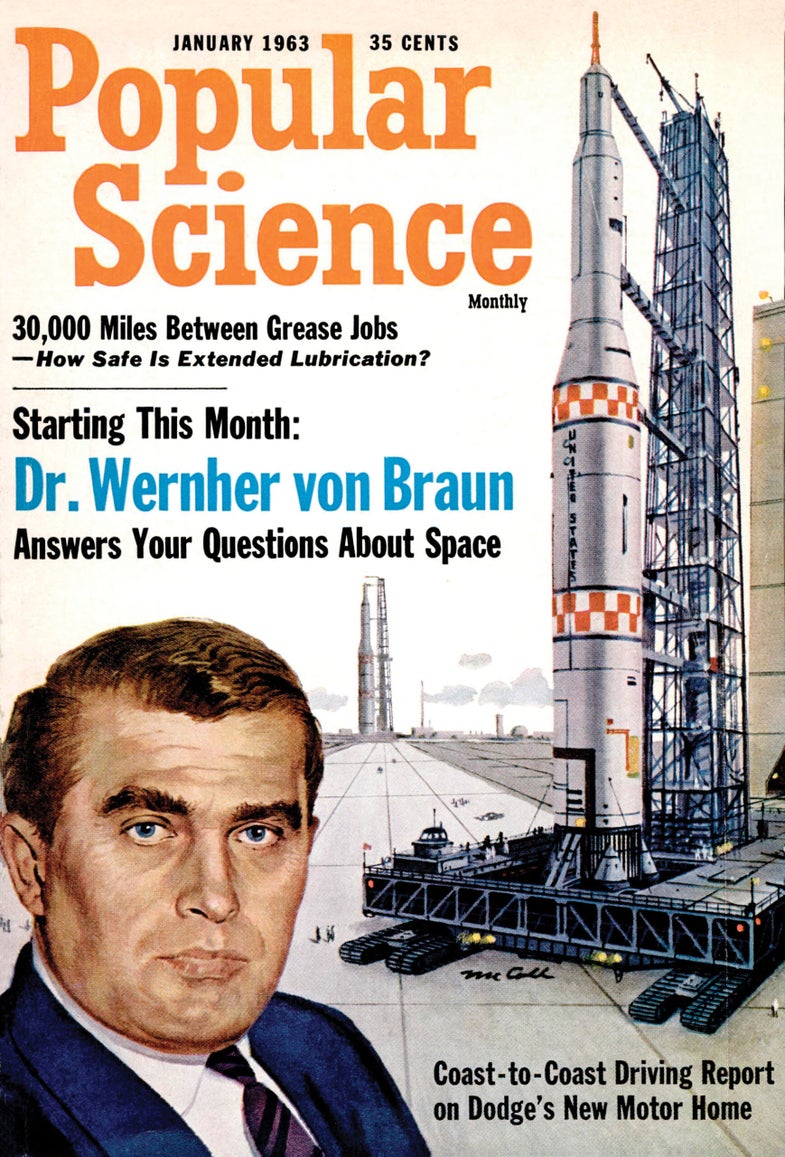 In January 1963, Popular Science anxiously awaited the day when humans would set foot on the moon. The president had just promised it would be a reality before the end of the decade. Naturally, we had lots of questions, and who better to answer them than the man who was in charge of designing the rockets to get us there?

So began a multi-year conversation between Popular Science readers and NASA engineer Wernher von Braun. “If my daily mail is a suitable yardstick, space science is a popular science indeed,” he wrote in the January 1963 issue. Through his monthly question-and-answer columns and then explainer feature stories, von Braun explained to readers the details of rocket mechanics, the composition of the sun, what it would be like to live in zero gravity, and even how we might find life on Mars. He even covered the Apollo 11 moon landing for us.

In our September 1965 issue, von Braun predicted a day when mankind would have reusable rockets to ferry us to space.

Fifty years later, his vision has finally come to fruition: SpaceX’s new Dragon v2 capsule is reusable and can carry seven passengers. You can read more about the capsule in our Best of What’s New package.

This article was originally published in the December 2014 issue of Popular Science, under the title, “A Path Forward For Space Travel.” It has been expanded for the web.