This puts things into perspective 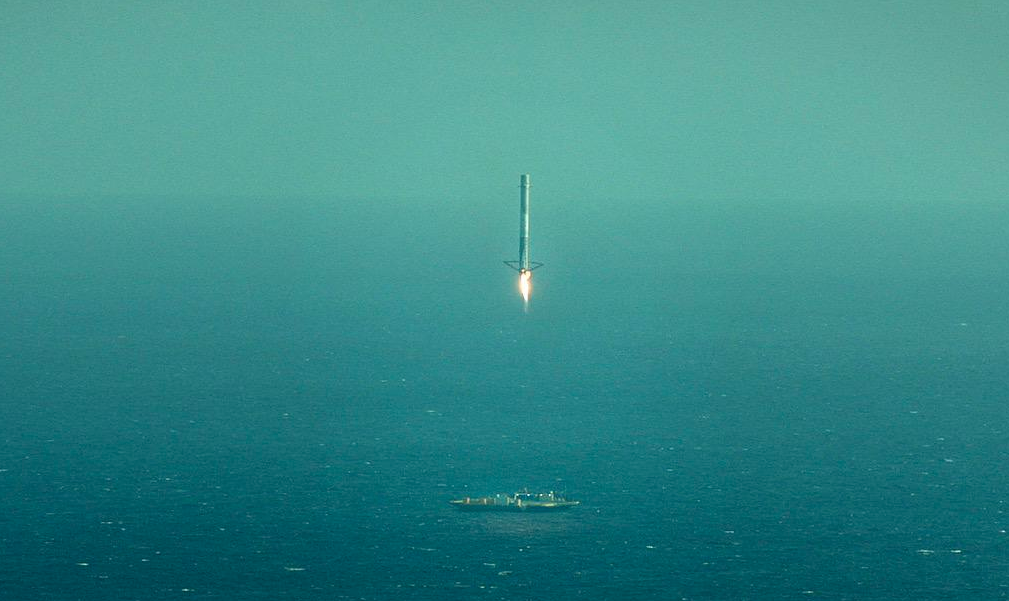 Update: SpaceX released two new videos: a high-resolution video of the first stage landing, complete with the ultimate fiery end, as well as a close-up from the barge. Take a look in the videos above and below.

After SpaceX’s routine Falcon 9 launch to the International Space Station yesterday afternoon, the company took a stab at the extraordinary. They tried to land the main stage of their rocket as it fell back down to Earth (a feat that has never been done before). Landing a rocket after launch would mark the first monumental step toward making reusable rockets a reality, which could drastically bring down the cost of spaceflight in the future.

Pretty soon after the launch, however, SpaceX relayed the bummer news: Like their last landing attempt in January, the rocket hit its target a little too hard and could not be recovered. But now, new video released by SpaceX reveals that the initial reports of a crash don’t do the company justice. A 6-second Vine shows that the rocket did indeed stick its landing–only to fall over afterward.

In the video, the first stage of the Falcon 9–the part of the rocket that contains the main engines and most of the fuel needed for the initial launch–steadily descends from above, slowing down as it approaches the floating drone spaceport (named Just Read The Instructions). Right before it meets the ship, it tilts at an awkward angle but still manages to land. According to Musk, an “excess of lateral velocity” is to blame for causing the first stage to topple over.

Hopefully we’ll know in the coming days what problems can be fixed to prevent this type of instability in the future. But one thing is certain: SpaceX is making progress. With their first rocket-landing attempt, the rocket ran out of hydraulic fluid needed to power its hypersonic grid fins, which help to slow down and steer the vehicle to its ultimate destination. The result? The first stage slammed into the drone spaceport at a mostly horizontal angle.

As this latest video shows, the rocket managed to remain vertical for quite some time before landing. That means there’s only up to go from here for SpaceX–or in this case, upright.