SpaceX Is Looking For A Farmer 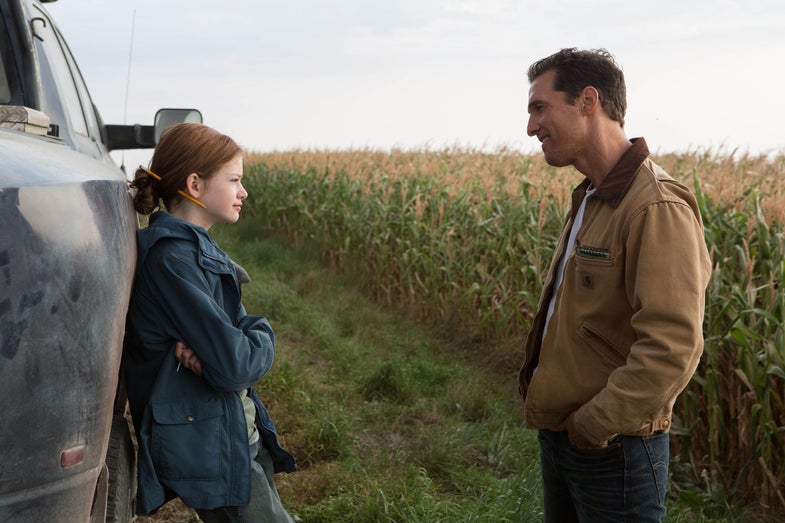 Are you a farmer with galactic ambition? Does the agrarian life lack that aerospace sheen? Or do you just wish your career path looked a bit more like Matthew McConaughey’s in the movie Interstellar?

Boy, do we have the job for you.

Aerospace company SpaceX recently posted a rather unique job on their ‘Careers’ page. On a list that includes positions such as “Avionics Integration Engineer,” “Director, Launch Operations,” and “Propulsion Structural Analyst (Dragon Systems),” one job listing stands out: “Farmer.”

Don’t get your hopes up too high, wannabe Mars-tillers. It looks like applicants for the position can expect to spend more time worrying about the dirt in McGregor, Texas (home of SpaceX launch facilities) than seeding extraterrestrial soil. A key qualification is “experience in repair and preventative maintenance of John Deere agricultural equipment,” and we’re pretty sure those tractors aren’t equipped for space.

Given the substantial land SpaceX controls around its launch facility, this is likely just another clever way for the company to monetize its existing assets. In other words: When you have a lot of open land, why not grow some crops on it? Plus, SpaceX’s Falcon rockets burn the hydrocarbon mixture kerosene, producing mostly water and carbon dioxide — which are harmless to plants.

Whoever gets the job will be subject to International Traffic in Arms Regulations (ITAR), a set of laws governing how information on defense technology can be shared and distributed. This implies that SpaceX’s farmer will work at or around buildings dealing with controlled explosives. That fact, coupled with the posting’s high-flying rhetoric, makes it seem like one heck of a gig:

A SpaceX farmer would probably get some pretty spectacular views of launches too, which sounds like a pretty good deal to us.