Sony's official PS5 gaming headset establishes a baseline for enhanced audio, but could it set the bar higher? 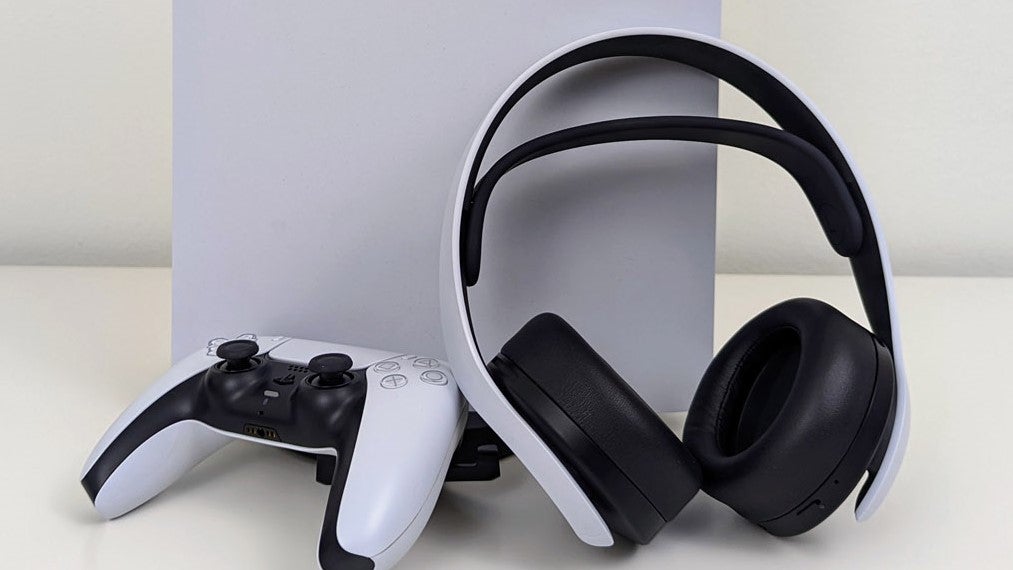 With the PlayStation 5, Sony has added new hardware features that enhance how games impress and entice us beyond conventional “graphics” upgrades. You may have heard about the DualSense controller, which adds tactile immersion through detailed haptic feedback. Enhanced audio is also a major part of the PS5 experience. The PS5’s Tempest 3D Audio technology, which takes the idea of surround sound to the next level by surrounding the player with potentially hundreds of individual audio sources, promises to elevate game audio with enhanced clarity and virtual surround sound, including the ability to hear things coming from above and below you.

The PlayStation Pulse 3D, Sony’s official headset for the PS5, shows off the impact of Tempest without asking its users to spend as much money as possible on a high-end headset. It does that specific job well but struggles to differentiate itself from other similarly priced and featured headsets in a meaningful way.

The Sony Pulse 3D headset is a PS5-compatible headset designed by Sony to show off its 3D Audio tech and give gamers a first-party option when looking for a new PlayStation headset. While the Pulse 3D is built and tuned to emphasize 3D Audio, it is important to note right off the bat that it is a PS5 feature, not a Pulse 3D feature. You can use 3D Audio on any compatible headset or headphones connected to the PS5, including wired models.

When using a headset, 3D audio heightens the immersion in experiences designed to take advantage of it, such as Astro’s Playroom or Spider-Man: Miles Morales. You can hear it when sounds move around you—when cars go by, or when a character walks and talks. You notice it less in the heat of action, though: When things get chaotic enough, the location of a sound can get a bit muddled and becomes hard to place. I don’t think it affected the way I played any of my games and may not be a total game-changer in the broader scheme of things.

Gaming headsets tend to identify themselves with gaudy, RGB-enhanced styling. Sony’s offering stands out by offering a sleek alternative. Like the PS5 itself, the Pulse 3D headset has a stylish, polished look. It’s simple, clean, and identifiable as a piece of modern PlayStation gear without the need for breathing LED lights. If you love the curves of the PS5 console, the headset looks and feels like part of a matching set.

The headset doesn’t feel as good as it looks, though. The Pulse 3D headset is far from the worst headset I’ve worn, but the ear cups are particularly uncomfortable. Many—if not most—headsets have oval-shaped earcups that will accommodate small ears while also allowing those of us with bigger ears to wear them comfortably. The round cups on the Pulse 3D headset, by contrast, feel cramped. Putting them on sometimes felt like stuffing my ears into too small a space to use them. If you have smaller ears, this admittedly might make for a great fit, but if you’ve had issues with headphone fit in the past, these may cause problems.

When Sony debuted the PlayStation 5, lead designer Mark Cerny made a big deal about the PlayStation 5’s potential for user-specific audio experiences, even suggesting that taking a picture of your ear and sending it to Sony might become part of the PlayStation experience. That’s still out in the future, but the one-size-fits-all nature of the headset feels at odds with that overall philosophy.

It sits well, though: The Pulse 3D is super light at just .64 pounds (294g), making it easy to wear, and the rubberized suspension band allows the headset to sit lightly on my head. The plastic frame doesn’t exert much clamping force, which is comfortable but also allows the headset to move out of place quite easily.

Playing into this clean look, the controls used to operate the headset populate the ring of the left earcup, including a mute button, power switch, mic monitoring control, and two rockers for volume and chat mixing. The Pulse 3D features a USB-C port for charging and a 3.5mm headphone jack to allow for a wired connection.

To keep things stylish, Sony embedded a pair of noise-canceling mics in the ear cups of the headset, rather than using an adjustable boom. This isn’t a plus or minus on its own, but it does help continue the clean look of the headset; it could easily double as wireless headphones if that functionality was built-in, and look good doing it.

Using the headset is easy, too. And by that, I don’t mean the process of putting it on your head. Rather, having the dongle plugged in doesn’t automatically switch your audio input over to headphones. To do that, you have to actually turn the headset itself on. When that connects, the audio switches over quickly. This is a really smart move that makes the headset instantly more appealing. Not only is there no cord, but you don’t have to get up and plug in a dongle that could easily go missing, or worry about heading into a side menu to turn on headset mode. It just works, and that’s really nice.

Though the Pulse 3D is marketed primarily for the PS5, you can also use it with a PC by plugging in the dongle or plugging in via a 3.5mm analog audio jack. That said, many of the Pulse’s features are compromised on PC (unlike a virtual-surround headset made for that platform, such as the Audeze Mobius). The onboard controls don’t work over a wired connection. Most work over a wireless connection, except for the chat mix control.

According to Sony, the Pulse 3D gets up to 12 hours of battery life on a single charge. After running down the battery a couple of times, that seems relatively accurate. That isn’t terrible, but it falls below the high bar we set for high-end gaming headsets.

The Pulse 3D headset sounds good for the price but don’t expect anything out of this world. Playing games, the audio sounds crisp and you can hear all the little details going on around you, like the different walking sounds as you cruise around in Astro’s Playroom, or the passing of traffic in Spider-Man Remastered. As with many mid-tier headsets, it leans a bit heavily on bass, even without the bass boost feature turned on. Turning it on, which you can do through the PlayStation 5 audio settings, the low end is almost overpowering. I noticed some distortion while playing Spider-Man: Miles Morales at max volume, which is a bit odd only because they don’t get wildly loud.

The Pulse 3D headset is a single-use tool for playing PS5 games. Just as it doesn’t pair well with a PC, it isn’t the best fit for sitting and listening to music. A lot of that comes down to the poor seal; when I’m listening to music in a closed-back pair of headphones, isolation is key in getting proper bass response, among other things. Sound effects and music are clear and crisp and easy to discern. Jin Sakai’s sword strikes in Ghost of Tsushima and explosions in Spider-Man both sound equally good as long as you stay at least a bit below max volume, which is a bit odd only because they don’t get wildly loud.

The solid sound quality is hampered by the headset’s ability to keep ambient noise out. If you’re gaming around other people or trying to use the headphones in public via the 3.5mm jack, people around you will be able to hear you and you’ll be able to hear them.

The mic, as we mentioned before, is embedded in the headset itself. There’s no boom to adjust. This makes for an overall sleeker experience, but an embedded mic has limitations compared to an adjustable boom. You’re not going to come across crystal clear the way you would with an okay-to-good boom. In my experience, my friends had no trouble understanding me, but the sound is tinny and hollow compared to a good boom. If you play online a lot or play with people who are persnickety about mic quality, this mic may not be enough to get you by, but it’s certainly passable.

So, who should buy the Sony Pulse 3D headset?

Strictly speaking, the biggest crime the Pulse 3D headset commits is that it’s a perfectly acceptable headset for its $99 price tag. It offers fairly good sound and mic quality along with easy setup, but with the kind of compromises that often accompany making a wireless headset at the price point. Ultimately, we recommend it as one of the best PS5 headsets for its quality at that price point and its sleek aesthetic. Still, some people will find the comfort issues hard to ignore.

It also rankles me that there’s nothing special about the Sony Pulse 3D headset. This is Sony’s PS5 headset. The company knows more about the PlayStation 5 than anyone else, and I would expect a deeper level of integration than we see here—something that showcases the PlayStation 5. Sony smartly made its 3D Audio available to anyone who plugs in a pair of headphones, which means that the Pulse 3D’s most important feature is one that you can get from any headset. This headset can do everything you need it to do, but there’s no part of it that someone else isn’t doing better elsewhere.