It’s the most minimalist, and cheapest, touchscreen gadget you can get from Apple. 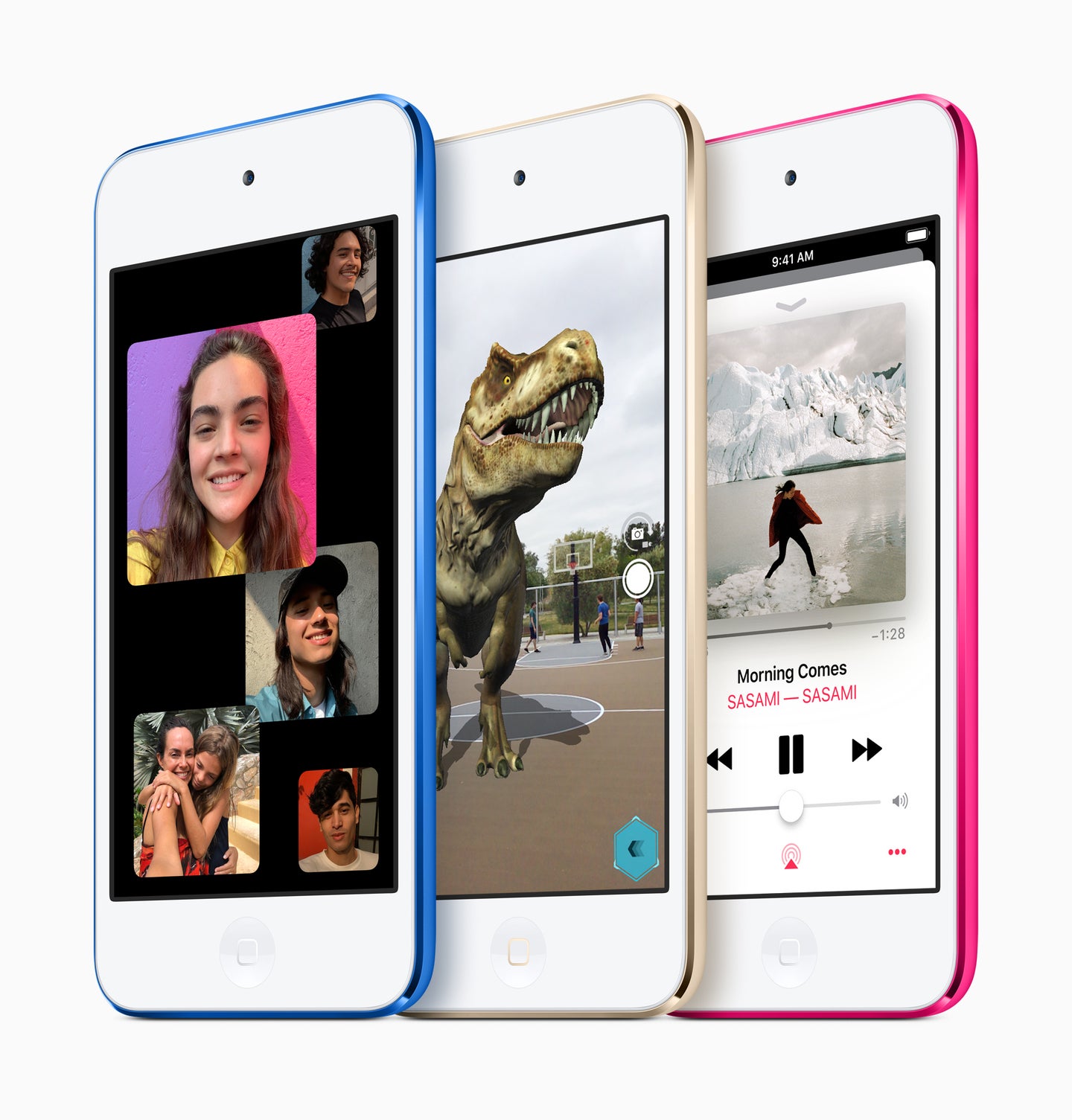 The newest gadget out of Cupertino may be best described by what it can’t do. It can’t connect to a cell tower and make a regular phone call, it can’t use your face to unlock it, and it can’t take photos in portrait mode with a blurry background. The beefed-up iPod Touch can’t do plenty of things, compared to a smartphone in the $1,000 price range. In fact, it’s the features it doesn’t have, plus the few new ones it does, that makes it a niche product that stubbornly deserves to exist in 2019.

At $199, the iPod is the cheapest new device that Apple sells with a touchscreen. It hadn’t been refreshed since 2015, and the new version now implements the A10 chip. That gives it the same processor that powers the iPhone 7, currently the cheapest phone that Apple makes, at $449. (The chip in the previous-gen model was an A8.) The A10 is two generations behind the most current chip in an Apple smartphone, but remember—a device need not have the latest and speediest silicon in it to work just fine for what it needs to do.

Curious why you might want to spring for one of these 3.1-ounce gadgets? Here’s why.

You want to try augmented reality

Thanks to the new chip, the new iPod supports augmented reality, or AR, which the previous-gen iPod Touch did not. That means that games and other apps that allow you to place digital objects in the real world (when you’re looking at the real work through the screen) now work on it. If you’re wondering if you absolutely need a device that can do that, the answer is no. It can be useful for borderline practical purposes like when you’re furniture shopping and want to virtually place a chair in your living room. More importantly, however, it’s fun for games. And with a device aimed so squarely at kids, that’s important.

The new chip is also faster, not surprisingly, so the device’s performance will be two times as snappy as the previous-gen iPod Touch.

You love FaceTime, and want to try it in groups

While the iPod Touch can’t pick up a cell signal, it will connect to Wi-Fi. In fact, on the back of the device is an oblong-shaped sensor that’s near the camera and flash: that’s the Wi-Fi antenna. Thanks to that connectivity, the iPod works, as before, to connect via iMessage and FaceTime with other gadgets in the Apple ecosystem. If you love FaceTime and everyone in your home has an Apple device, this new iPod Touch can now do group FaceTime calls for a many-people-are-speaking conversation.

Thanks to Wi-Fi, it’ll also, of course, allow for web browsing and downloading apps and games.

You want to use headphones with a 3.5mm connector and no dongle

Apple famously removed the headphone jack from its iPhones in 2016, meaning that you need to connect your headphones to them via a Lightning connector, through an adapter, or Bluetooth. Like the previous iPod Touch, the latest version happily retains its old-school headphone jack, meaning that old pair of Bose headphones you have with a round metal connector at the end will work with this device just fine. It’s the last newly-made pants-pocketable Apple device with a regular headphone connection. It has up to 256GB storage, which is plenty for using as a music-specific device (although that version costs $399.)

Apple’s current iPhones use Face ID to validate who you are, in addition to sometimes requiring your passcode. Older models, like the iPhone 7 and 8, still use Touch ID to sense your fingerprints. Both of these methods are generally fast and convenient ways to unlock a phone. The latest iPod Touch, as before, still lacks either of these, meaning that the only way to lock it and unlock it is with the quaint ol’ passcode. Not incorporating these biometric sensing components likely helps Apple keep the price down.

You want a gadget for your pre-smartphone kids

The most obvious reason to spring for an iPod Touch in 2019—and the umbrella that unifies these features (or lack thereof) — is that it’s a good choice for children, who could use it to communicate with family members when they’re on Wi-Fi, or simply listen to the Baby Shark song until you throw it in the ocean. Without a data connection, it can remain a home device or a gadget for consuming pre-downloaded content on trips.

It’s cheaper than an entry-level iPad Mini, which starts at twice the price of the $199 iPod Touch. That extra $200 for the iPad Mini gets you a bigger screen, a Touch ID sensor, and the option to use an Apple Pencil with it.

But the iPod Touch’s 4-inch screen size, and 2.3-inch width, may be all a kid needs. Oh, and like the original iPod released in 2001, it plays music.