How MLB The Show became the most realistic baseball simulator

Baseball is on hiatus, but PlayStation’s long-standing game is the next best thing. 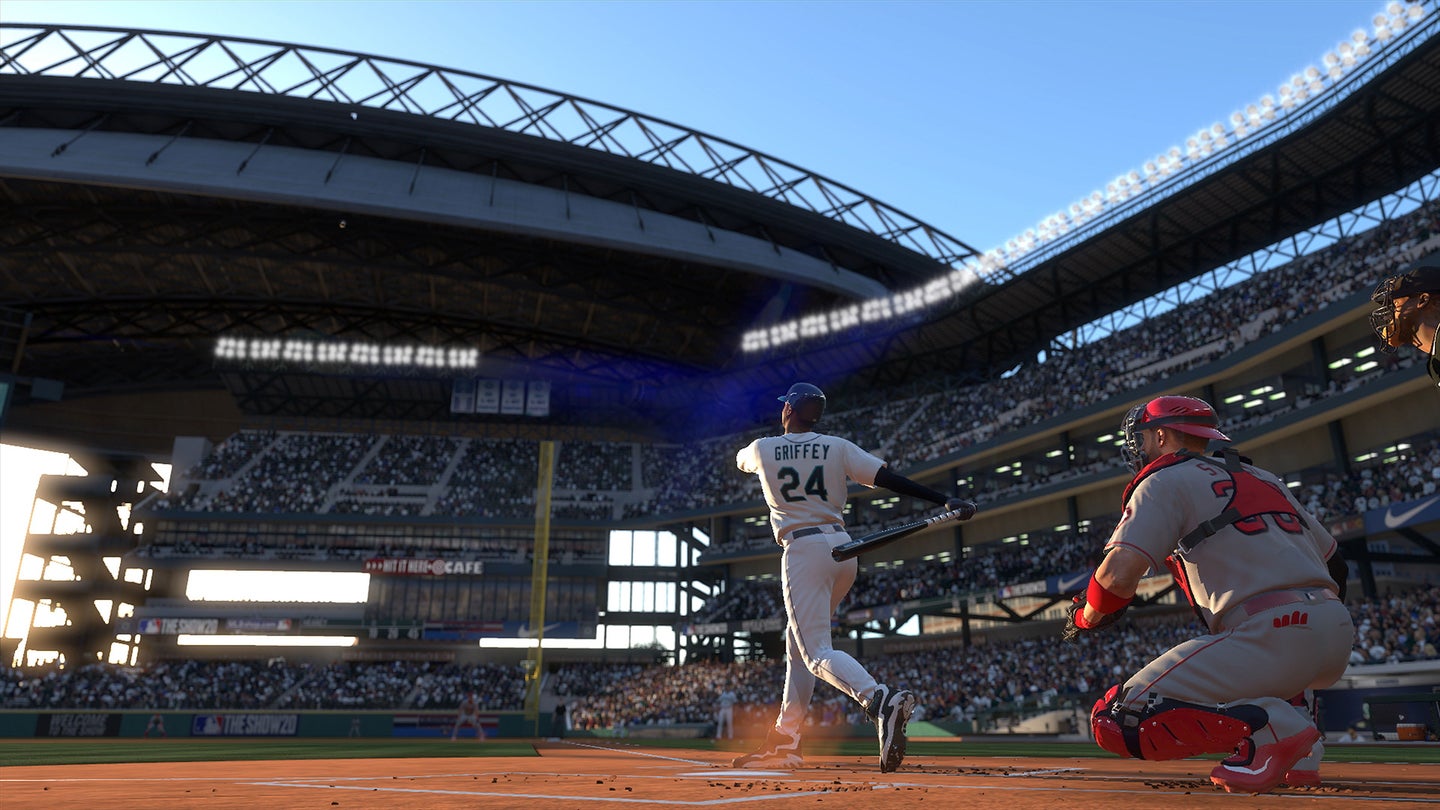 The park, and the player stats come into play when determining whether the player gets a home run or not. MLB The Show 20
SHARE

With the 2020 Major League Baseball season delayed, Sony’s MLB The Show 20 for PS4 is as close as any of us are going to get to the sport for the moment. For two decades, the game has earned its reputation as the most loyal baseball video game simulation, with accurate players and gameplay loyal to what you’ll see when watching a game on TV.

This year’s version introduced a new hitting function called “perfect perfect,” which rewards players for getting the timing and the placement of a hit exactly right. But, just like in the real game of baseball, great contact on the ball doesn’t always mean a home run. “I might hit the ball as hard as I possibly can with that batter at the best launch angle,” said Chris Gill, director of gameplay and former pro baseball player, “but if I’m playing in the polo grounds and it’s 500 feet to center field, I might hit a 430 foot fly ball to the center fielder.” Not every player is capable of smashing one out that far.

Achieving “perfect perfect” will always get you a satisfying crack off the bat—Gill says the sound was actually taken from a Cody Bellinger home run from a real MLB game—but you won’t necessarily hit a home run.

MLB The Show is loyal to a system that tries to achieve as much realism as possible. Every year, the crew gathers three years of stats for players when it begins to curate athlete attributes. They come from the MLB as well as third-party stat companies. For pitchers, they gather familiar stats like strike-outs, pitch speeds, and pitching arsenal. Hitters get batting average, on-base percentage, and other familiar numbers. But, as stat tracking has advanced, the game integrates even more variables into its algorithms.

These stats also come into play when playing defense in the field. “Now we know how quickly a guy moves when the ball is hit,” he says. “A guy with a quick first step has more range. You might be a faster runner than me, but if I have a faster first step, I might get to a ball before you because you can never catch up.”

The running speeds and pitch speeds are accurate as well. A 98 mph fastball will take the same amount of time to get to the plate in real life as it does in the game, which adds to the authentic feel. Rather than simply slowing down the ball for beginners, the game allows more leeway in when and where a batter can swing and still make contact. When you’re starting off, the window is large, but as you increase your skill level, the game can automatically adjust how lenient it is with your swings. On the hardest levels, you get very little slack. As Gill says, on the hardest level, “when you swing a little late, you’re late.”

Honed over two decades, the algorithms and the developers implementing them have come to figure out how to make a balanced game based mostly on the numbers. But, there are outliers, and fans find them quickly once the game rolls out to the public. “Someone will tell us that a pitcher’s sinker is unhittable,” says Gill. “Then we’ll go home and play the retail version and realize that they’re right and even we can’t touch it, so we make tweaks.”

But baseball isn’t just numbers on the screen. The players need to look and even act real for the simulation to resonate. As you might expect, the studio uses motion capture in its own studio. Some athletes come in to represent themselves—typically players selected for the cover. For other players, however, the studio uses athletes to mimic batting stances and pitch deliveries. Cameras capture the movements for translation into the game.

For the head images, an art team scans players’ heads with 3D camera equipment for more accurate depictions. The motion capture studio allows for expression tracking, which can come in handy when a player squints during a hard pitch or grunts while diving for a ball in the field.

While the game strives for reality, modern MLB TV coverage has opened more doors to on-screen elements and high-tech replays. “Now we get things like the ball velocity coming off the bat or the spin rate with graphics on the field in instant replay,” says Gill. “We can show that stuff in the game, too. The technology they’re using in baseball is allowing us to show that, too, and still feel like a simulation.”

That kind of authenticity can really help fill the void until your favorite team is back on the diamon.