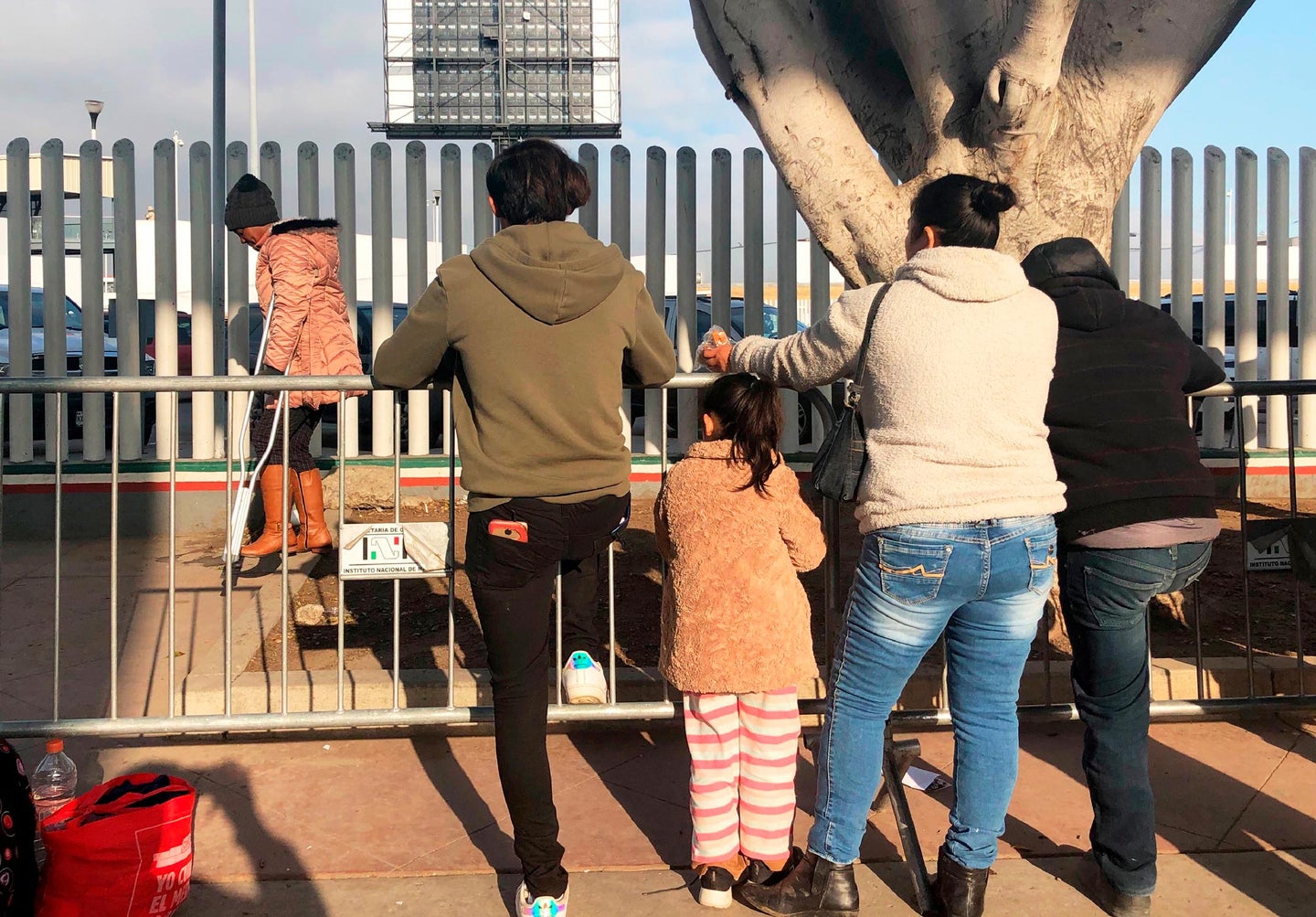 A university class included a game that simulated aspects of the experience people like these would-be immigrants can expect in the U.S. AP Photo/Elliot Spagat
SHARE

Brandon Bouchillon is an assistant professor of journalism at the University of Arkansas. This story originally featured on The Conversation.

People fear and mistrust what they don’t know—including people of other racial and ethnic backgrounds. That lack of trust causes social and political divisions in the US and around the world, especially when it comes to immigrants.

Inspired by research in Hungary that found computer games could help players reduce their prejudice toward immigrants, my colleague Patrick Stewart devised a role-playing game as part of an American national government course at the University of Arkansas. I helped to develop survey measures for tracking changes in trust during the game.

Our hope was that by playing the game over the course of a semester, students would come to understand a bit more about what immigrants go through in the US, and as a result, perhaps trust could develop.

We found that it was possible for a role-playing game to help simulate shared experiences with immigrants, even in a group of mostly white, conservative students. This helped trust in immigrants to grow.

The game, called “Citizenship Quest,” was played in an online learning platform for the fall 2018 and spring 2019 semesters. Most of the students were freshmen and sophomores.

At the beginning of each semester, the students completed a survey about their interest in politics, while also answering questions about how much they trusted immigrants. They completed the same survey at the end of the semester, after the game was over, which allowed us to track changes in immigrant trust over time.

Once we had their initial results, we assigned each student to role-play as a character from Mexico, India or China, origins of the three largest immigrant groups in America. The students got to pick their character’s gender, and a gender-appropriate name was assigned to them on the basis of the most popular names in their character’s country.

Next, the students created fuller back stories for their characters, fleshing out their work history, past residences and even physical characteristics such as hair and eye color.

For the next phase of the game, each student applied for permission to live and work in US on behalf of their character. We had them complete the proper paperwork, including the 18-page I-485 form “Application to Register for Permanent Residence or Adjust Status” and the seven-page I-765 form “Application for Employment Authorization.” They signed their character’s name to the forms as well.

We also asked them to submit a photograph of their hands, to imitate the fingerprinting process.

Finally, we had them simulate applying for U.S. citizenship. This meant filling out the 20-page N-400 form “Application for Naturalization” and submitting another photograph of their hands.

All paperwork was uploaded to us through the course website—not to actual immigration authorities. And of course, we didn’t ask them to pay the $2,445 in federal fees associated with filing those forms.

The game used a scoring system that functioned sort of like a currency, so we called it “coin.” All the players started with a modest sum, and they could earn more coin by completing weekly assignments such as chapter quizzes on time. The game included random positive events as well, like having their character receive a new letter of reference or being profiled in the local newspaper as a volunteer. These added to the player’s coin.

Players could also earn coin by either buying or preparing food from their character’s country and writing 150 words about their experience with the food and what they thought of it. They took a picture of the food as well, with at least one of their hands being clearly visible in the shot—as a means of reinforcing their personal connections to characters.

The students could elect to spend some of their coin on in-game advantages like an immigration attorney to help speed their applications along. Attorneys could also help to defend against the random negative events, such as application files getting lost in the mail or finding out a character’s name was on a list of people judged to be security threats. If students didn’t spend coin to defend against these possibilities, they ran the risk of losing some of their coin to the perils of the system.

At the end of the game, students took the U.S. citizenship exam, before retaking the survey about trust in immigrants. Their ability to complete the paperwork, do well on the citizenship exam, and accumulate coin became part of their overall grade in the course.

We found that students came to trust more in immigrants in general, and in immigrant groups they role-played as more specifically, by playing the game.

Student comments further suggest they came to grasp the frustrating nature of the citizenship process, even if unwillingly. One white male wrote, “Just because you want to show us how in real life there are unexpected factors that occur and cause setbacks doesn’t mean you should take away class points.” Another white male wrote that we should delete the game, because “it has nothing to do with U.S. Government. Role-playing is disgusting and busywork.” He reported that playing the game did not change his view of U.S. immigration policies either.

On the other hand, a Latina student mentioned that she had obtained citizenship herself in the past year, and said she “loved the thought process” at work behind the game. She pointed out that the game was still “much easier” than the real thing, but we were heartened to hear her recognize and appreciate its value.

In the end, we find evidence that role-playing as immigrants applying for citizenship is related to trusting them. Games can be used to acquaint citizens with the trials and tribulations immigrants go through, as a set of shared experiences upon which to build connections and trust in the future.