Robi Kauker helped improvise a nonsense vocabulary for the popular game. The process was ‘stupid hard.’ 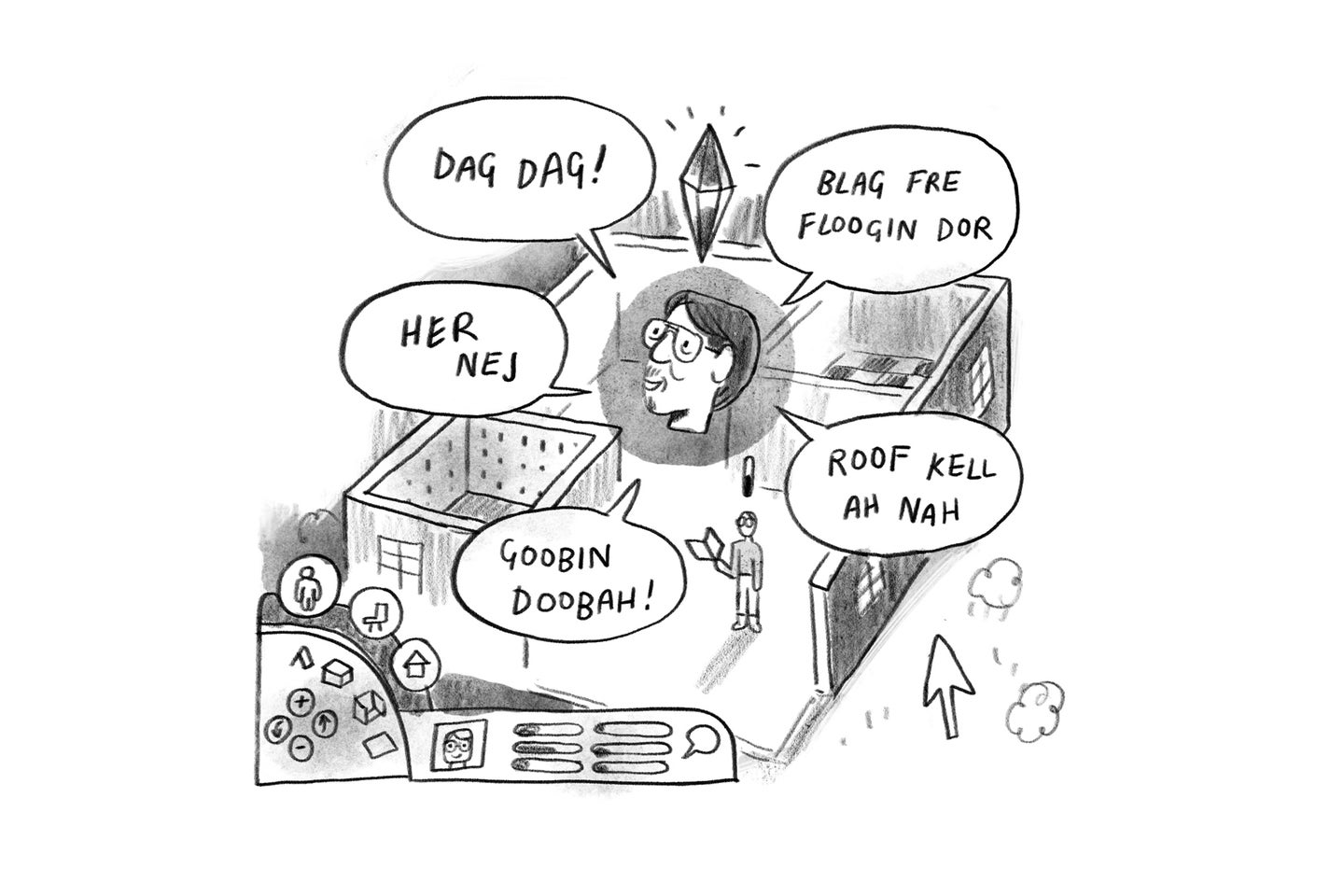 The Sims, an animated computer game that debuted in 2000, has its own unique language. Natalie Andrewson
SHARE

Robi Kauker is the senior audio director for Maxis Studios at Electronic Arts. Here’s his tale from the field as told to Marion Renault.

“The Sims,” an animated computer game that debuted in 2000, has its own unique language called Simlish that I helped develop from scratch. Players create characters—called Sims—and direct their lives by responding to emotional cues for needs like hunger, fun, and hygiene. The sounds the characters make are entirely of my team’s design.

The gameplay is freestyle, meaning no rules dictate how users direct their Sims’ lives. Players explore the world and create their own fictions. Our initial goal was to give characters a voice without telling their stories. If we used real language, that could limit the gamers’ imagination. Instead, we had our voice actors show us a range of emotions without saying familiar words.

They improvised for about five days, using phrases from tongues they didn’t speak as inspiration for some of their emotive sounds. Then we spent the next year turning those recordings into Simlish. It was stupid hard. The game designers would ask for a specific feeling for a certain duration—​one and a half seconds of sadness, for instance—​and we had to cut and combine clips to meet those demands. Eventually, though, a sort of language came together. For example, we created the Sim word “sul-sul” from the actors’ recordings. It became the equivalent of “aloha,” a general happy greeting. We nicknamed this first version of the Simlish language “baby talk” because it was so simple and direct.

As “The Sims” evolved, so did Simlish. Instead of one-​syllable utterances, words now have fairly complex structures, and there’s a larger emotional range. Originally, Sims put their hands to their faces to laugh and performed an identical gesture to cry. By “Sims 4,” which debuted in 2014, they quietly wept over more-trivial issues but visibly sobbed when somebody died. The whole game developed an emotional IQ.

Even so, I’ll never stop wrestling with the first task of telling a story without recognizable words, and creating a language that speaks to everyone.