High-end materials and lots of customization options make this for serious players only. 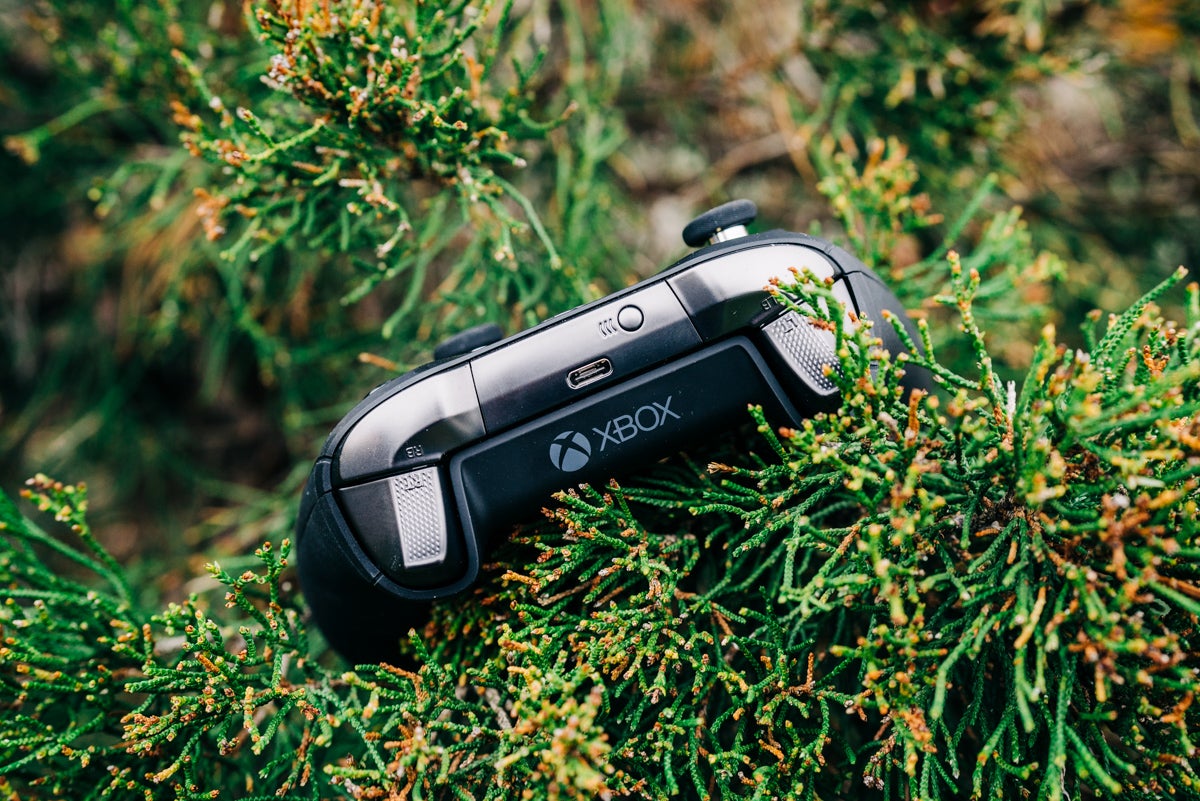 The triggers now have a textured pattern on them. It feels good, but I don't know that it offers any real advantage beyond that. Stan Horaczek
SHARE

PC gamers go to great lengths with their gear to eek out every last possible advantage they can manage during a session. Competition-grade keyboards and mice complement finely tuned graphics and control settings to such an extent that aspiring players seek out videos of pros talking about their inputs of choice. On consoles, however, the playing field is more level thanks to a relatively uniform controller.

Some console players do look for little edges, however, and that’s where controllers like the Microsoft Xbox Elite Wireless Controller Series 2 come into play. On the surface, it pretty much looks like a typical Xbox One controller. But like its predecessor, it offers a taste of the performance and tuning options not available with a stock controller. 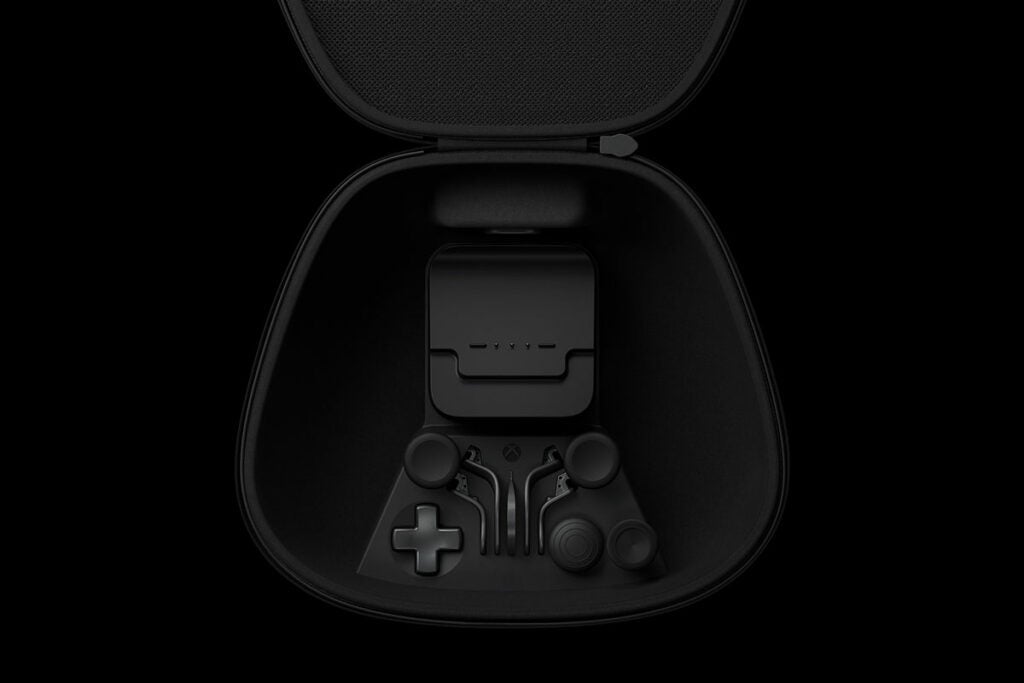 The Xbox Elite Controller 2 comes in a hard case like you’d expect with high-end wireless headphones. Inside, it stores all the accessories, including extra thumbsticks, another D-pad cover, the paddles for the back of the controller, and the tool for adjusting the stick tension.

The $180 Xbox Elite Controller 2 arrives roughly four years after its $150 predecessor. Like the original model, it offers some significant upgrades over the standard version. The most notable and immediately noticeable difference sits on the back of the controller in the form of four removable paddles that played can map to specific actions. For instance, if you’re playing a first-person shooter, you can map one of the paddles to the jump command, then you don’t have to take your thumb off the joystick to press the jump button. That’s the kind of small advantage you’d have to crave to justify this expensive gadget.

Players can also now adjust the tension of the sticks themselves. A small device that looks like a hybrid of a flat screwdriver and a nickel, which allows gamers to tweak the amount of effort it takes to move the sticks. I spent a few hours making tweaks, and then played games of Overwatch to try and find the exact sensitivity that worked for me. I think my preference is slightly tighter than the stock setting, but I found that it changed from session to session. It’s likely a result of the fact that I’m just not that good in the first place.

A built-in, rechargeable battery is a huge upgrade for the Elite 2. Xbox One controllers drink down AA batteries quickly, and the company recommends that you don’t use rechargeable cells because of they don’t necessarily deliver the same amount of current. I still use rechargeable batteries regularly, but I’ve long wondered if it hinders performance. The Elite 2’s built-in battery charges via USB-C or wirelessly via a dock that comes in the box. It also comes with a long, braided USB-C cable. In my experience, the battery lasted forever. Even across several two-hour gaming sessions without a recharge, it didn’t flinch.

In terms of playability, you can now shorten the travel on the trigger buttons even further. Switches on the back of the controller offer three options. The new super-short travel option allows you to press the trigger repeatedly as fast as possible, which comes in handy for games that prioritize button mashing. I found the short setting unsatisfying and stuck comfortably to the middle setting for both triggers. You can, however, change them on the fly and customize each side.

The textured grips make it easy to hold, but they do tend to pick up grime. I let my son play with my controller for a few minutes after dinner and I had to do a little detailing afterward to clean it up.

The accessories like the sticks, the D-pad cover, and the paddles on the back attach with a really slick magnetic latching system. They go on easily and feel sturdy. However, because they’re only on there with magnets, dropping the controller tends to send all the small pieces flying in every direction. At one point, I spent five minutes of my gaming allotment looking for the thumbstick that had blasted off under the couch.

At $180, the Elite Controller 2 is a big investment. We’ll likely see entire Xbox One systems for $200 on Black Friday, so spending just shy of that on a controller is a leap. The real deciding factor is whether or not you know enough about your gaming style and preferences to make the customization worth while.

I can’t say that the controller made me a better gamer, but it feels like it could if I put the effort in. Out of the box, the controller feels sturdy, smooth, and satisfying when it comes to action on the buttons and sticks. But, expecting it to turn you into a pro-gamer is like getting a new pair of sneakers and expecting them to help you dunk.