The Analogue Pocket is ready to put your Game Boy games back in action. 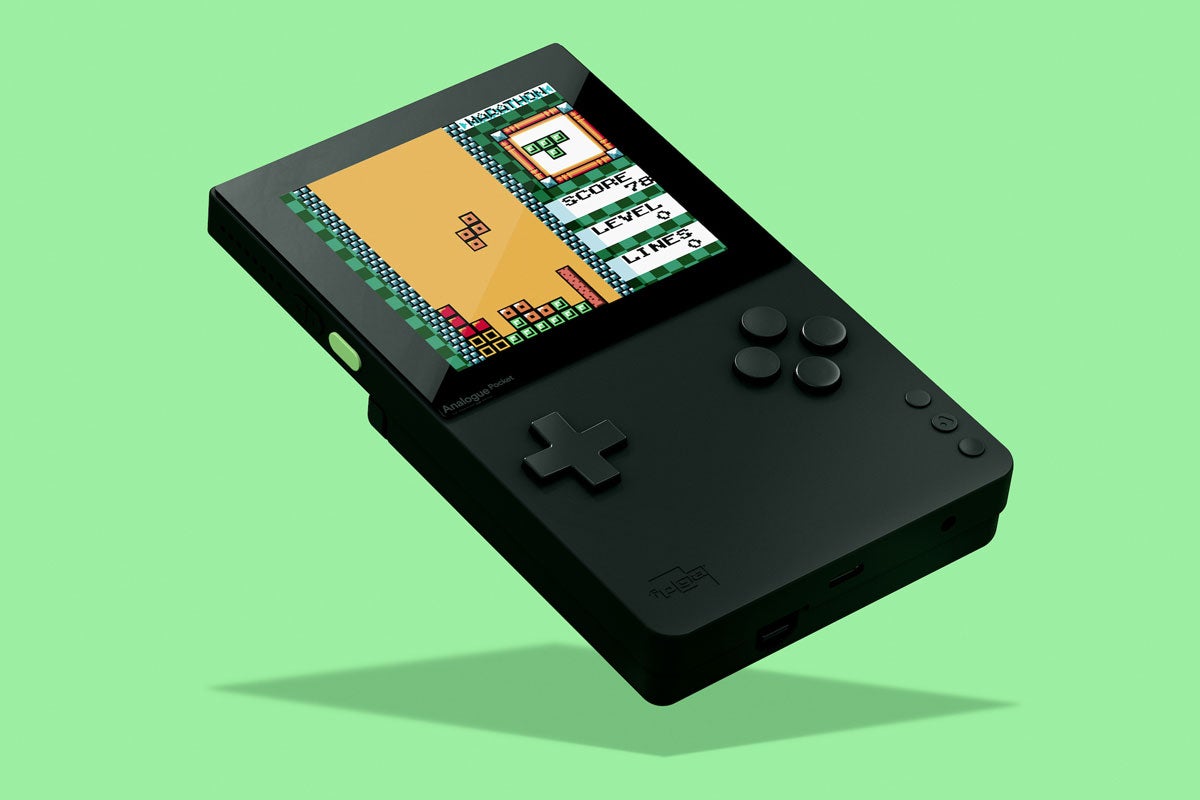 The original Game Boy was huge. It felt like cutting-edge tech when it debuted in 1989. It did so much with so little. There were only two buttons to mash, and the green dot-matrix screen didn’t even have its own backlight. You needed to sneak a flashlight for post-bedtime gaming sessions. And while the tech has changed profoundly since then, those old titles—including other cartridge-based systems like the Sega Game Gear—still have endless appeal. That’s where Analogue comes in.

This week, the company announced a new $200 device called Pocket that’s coming in 2020. It promises to play cartridges dating all the way back to the original cracker-sized Game Boy cartridges. The Analogue Pocket is considerably more complex than the original hardware, however. It uses a 3.5-inch screen with a 1600 x 1440 resolution, which is 10x the resolution of the original.

This isn’t Analogue’s first foray into the vintage gaming hardware segment. It also produces hardware to play classic Sega, Nintendo, and Super Nintendo games as well. There are plenty of hardware boxes out there that play these games—some of which are very polished, while others are clearly janky and bad. Most of those machines simply emulate the old games like some users do with their computers. That strategy works, but it’s resource-intensive and often results in choppy gameplay with disappointing framerates.

Analogue is different. It uses a Field-Programmable Gate Array (FPGA), which allows it to tweak the performance of its processor to match what you’d find in the original console. According to Analogue, the company doesn’t build the software on existing code, but rather it engineers everything from the ground up. As a result, the console provides super-smooth gameplay and even better audio performance.

Cart of the matter

Because the Pocket doesn’t use downloadable pieces of software (called ROMs), it requires players actually plug in the old game cartridges from the past. It works with original Game Boy carts by default, but it can also handle other systems’ titles with an adapter. You can play games from the Atari Lynx, Neo Geo Pocket Color, Atari Lynx and the Sega Game Gear.

It’s a wonderfully authentic way to play old games, but it also means you have to have working cartridges. Many of those old plastic rectangles have built-in batteries that can die, leaving the cart unplayable. There are a few guides online about how to replace the battery, but it requires a special security bit to remove the screw that holds the case together. It also requires some soldering, which could result in destroying the game completely.

In addition to its gaming skills, the Analogue Pocket also has a built-in sequencer and synthesizer tech called Nanoloop. If you have the skills, you can make beats, add melodies and harmonies, and change the sounds on the fly. So, if you wanted to put on a live performance with the Pocket, you could.

Down the road, the company plans to introduce an HDMI dock that would allow players to run their portable games in high-resolution on a TV or another display. Right now, the Pocket is available for pre-order for $200 and it will start shipping in 2020. While pre-orders are typically risky, Analogue has an excellent track record with this kind of hardware so far. So, if you’re pining for an authentically old-school way to play that copy of Tetris you’ve had kicking around for three decades, this may be the way to go.