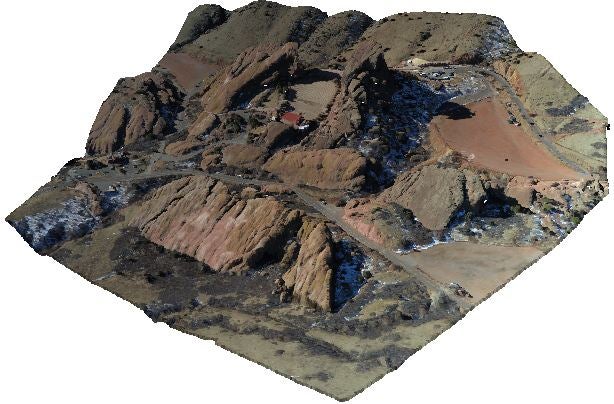 When a drone loses communication with its pilot, there’s little the remote control pilot to do. It’s a situation that’s bad for drone pilots and scary for the FAA. Announced last week, Project Breadcrumb is a collaborative project between drone company PrecisionHawk and the University of Toronto that wants to let drones fly home safely even when they lose their means of communication.

Project Breadcrumb borrows its name from an ineffective attempt by two children to not get lost in the woods, but thanks to onboard memory and visual mapping, it should keep drones free from the clutches of evil witches in candy houses.

The project has two planned phases. For the first, PrecisionHawk says they want the drones to record a flight map as they travel, and then use that map to return to where they took off. The map is made using the drone’s own camera, and when flying back the live video tries to sync what the drone sees with what it recorded before hand. The second stage is involves the drone not necessarily retracing its steps but instead flying to a predetermined safe landing site using the video technology from phase 1 in combination with previously made aerial maps of the area. This is a plan that mostly takes advantage of existing technologies, turning them into a new capability for drones.

Project Breadcrumb is built on top of PrecisionHawks’ “Low Altitude Tracking and Avoidance System,” or LATAS, an onboard flight-planning system that transmits drone location to nearby cell towers. The cell towers, in turn, can communicate drone location to other aircraft and to air traffic controllers. LATAS allows navigation even without GPS, and Project Breadcrumb steers the drones back home if lost.

If they both work, Project Breadcrumb and LATAS could do a lot to mitigate FAA fears about lost and untracked drones colliding with other aircraft. And if America is to have drone-filled skies, it will need a drone tracking program in some form or another, which might mean Project Breadcrumb-style visual navigation or perhaps a network of tiny drone traffic control towers.