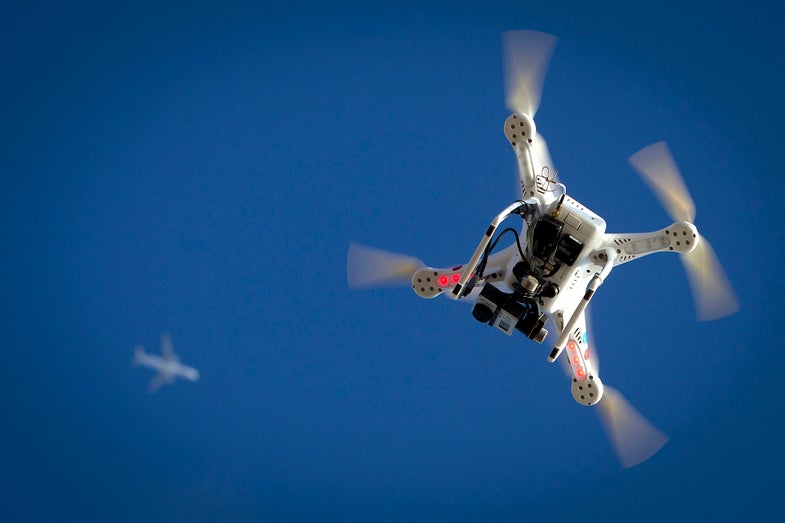 An airplane flies over a drone during the Polar Bear Plunge on Coney Island in the Brooklyn borough of New York January 1, 2015. The Coney Island Polar Bear Club is one of the oldest winter bathing organizations in the United States and holds a New Year's Day plunge every year. REUTERS/Carlo Allegri (UNITED STATES - Tags: SOCIETY ANNIVERSARY) - RTR4JUL7. © Carlo Allegri / Reuters
SHARE

It’s hard to imagine a future of flying robots in a world where every single drone needs a specific human pilot. The FAA’s new drone rules, released earlier this year, offer a lot of promise for the drone industry, but they come with one huge drawback: a requirement that pilots can only fly drones within visible line of sight. That means only one pilot to one drone at a time. Sorry, swarmbots.

Yet drones flying beyond a pilot’s eyesight is really where the promise of unmanned vehicles starts. So what if there was another way to keep track of drones when they fly where they can’t be seen? A new air traffic control system announced today by Exelis Inc. offers just that option. The drone autopilot company has partnered with NASA to create a system of small radar stations and special tracking relays that will keep an eye on drones beyond line of sight. The news is seemingly a result of NASA’s announcement last fall that the space agency was working to develop a drone air traffic control system.

Dubbed Symphony RangeVue, the system includes cloud-based software to track drones. For this system to work, all future drones will have to automatically send out a signal with their location information. This is the same ADS-B signal that most manned aircraft already broadcast. Towers made by Exelis will then pick up that signal, as well as information from radars and surveillance systems, and pass that along to the FAA, where it will be seen on a tablet or a computer complete with a map of the terrain below and information about the weather. With this information, the FAA would have access to a sort of drone atlas, ever changing in the sky just above the ground and well below.

The trademark for the system was filed this January, but still no word on when this system will roll out. Check out below how Symphony RangeVue will work, courtesy of Reuters: 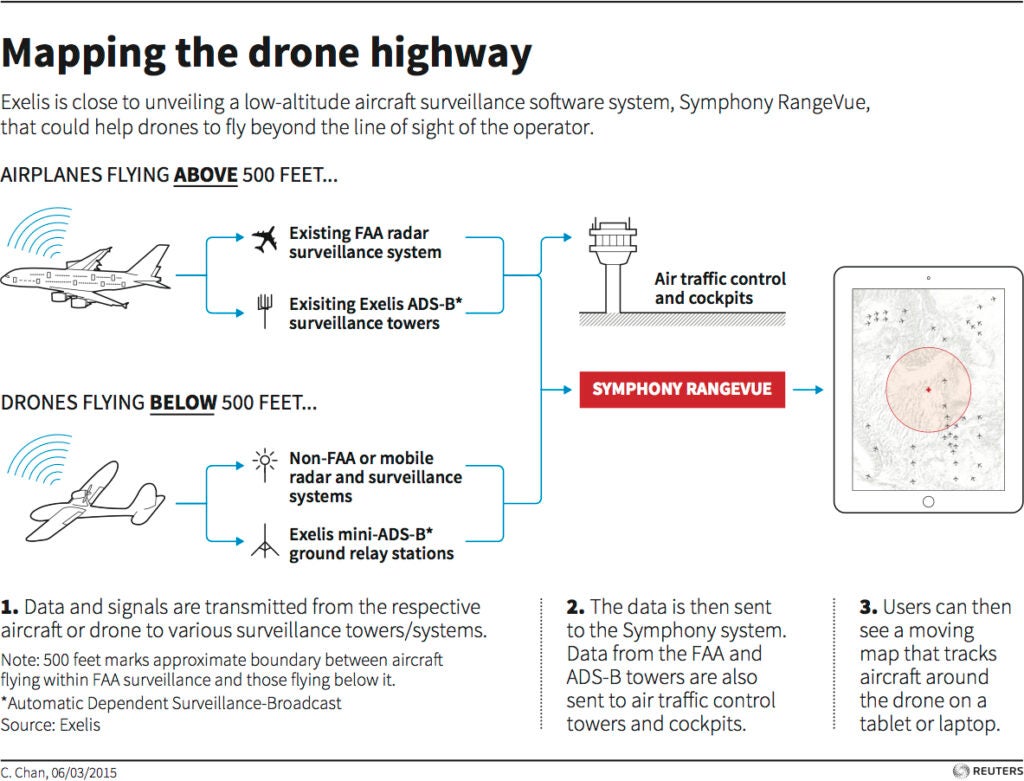