At the 11th annual PorcFest, technology and freedom romp hand in hand 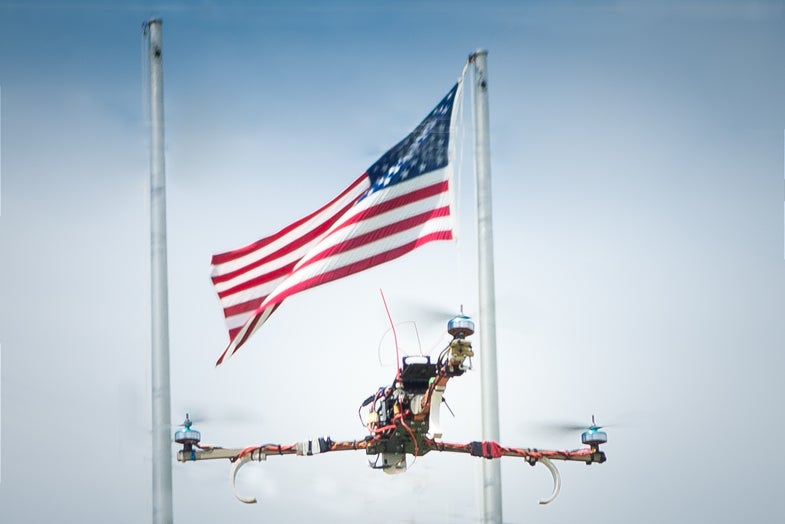 LANCASTER, N.H.—As the sun goes down north of the White Mountains, lasers flare on and Buzz’s Big Gay Dance Party begins. It’s the end-of-week blow-out for the 2,000-odd people who have been at Roger’s Family Camping Resort and Motel for the festival affectionately termed “the Burning Man for libertarians.” Inside, as true dark falls, flushed bodies move below the winking disco lights, surrounded by brilliant strobes, a whomp-whomp beat, enough haze to make you think this is already a dream.

Mark Warden, State Representative of New Hampshire, District 39, is dancing in a red boa and man-skirt. Michael Sylvia, New Hampshire District 6, is there too, and both former senator Robert C. Smith and Andrew Hemingway, candidate for New Hampshire governor, have been seen floating around camp, looking to pick up libertarian votes.

This is the 11th summer “liberty-minded” folks have ventured into the mountains for the bacchanalia of the Porcupine Freedom Festival. Nights can get rowdy at PorcFest, but under clear summer skies, vendors’ tents cluster near maple trees and families fire up grills or listen to clean-cut kids play kickass bluegrass in the shade. Ashes from several bonfires smolder in the main meadow. The only thing separating PorcFest from any other summer festival are the guns, bristling from thigh holsters and slung casually across sunburned shoulders.

PorcFest is the largest and most visible program of the Free State Project, which started in 2001 when a 24-year-old Yale grad student wrote a manifesto suggesting that people stop complaining about mainstream politics and do something about their fears: “establish residence in a small state and take over the state government.” By 2003, the F.S.P. was recruiting members and voting on which state should be home base for the “libertarianvasion” that was scheduled to launch once 20,000 people signed on to move. (While the “Live Free or Die” state might seem like the obvious choice, Wyoming was actually a close runner-up.) Several thousand members have already moved to New Hampshire, and the F.S.P. says it’s only 4,000 signatures shy of setting the move-date for the rest of the members.

As Free Staters trickle into New Hampshire, they’ve begun to make their mark on local culture. It’s no longer unusual to see Bitcoin ATMs and 3-D printers here, 3,165 miles from Silicon Valley. PorcFest sponsors have included such tech-notables as Bitcoin big-shot Eric Voorhees, and from the Satoshi Salon to Bitcoin Not Bombs and the Liberty Hackathon, the tech world is inescapable at PorcFest.

As high-tech meets rural New England, the state has become an interesting proving ground. Despite the irony inherent in a community of isolationists, F.S.P. has gathered some of the country’s brightest minds in the pursuit of a do-it-yourself life philosophy, a quest that has led to the cutting edge of both politics and technology. 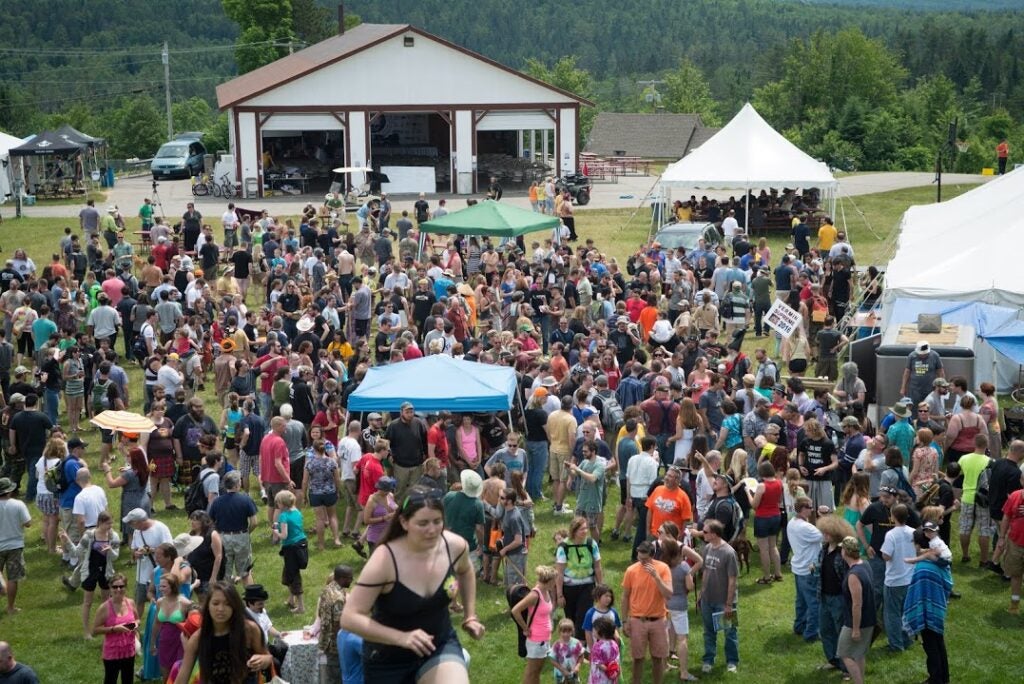 About 2,000 people paid $45-100 dollars in order to camp out for the week at PorcFest. The festival has been held here for the last 11 summers.

Cody Wilson has a cleft chin and a jawline prone to stubble. He spent his childhood in Little Rock, Arkansas, and told the _Guardian _he was named for a town in Wyoming, a sort of nomenclature-as-manifest-destiny. Cody, the town, was named after William Frederick Cody, more commonly known as Buffalo Bill, and Cody, the person, certainly embodies the Wild West spirit. A self-identified “crypto-anarchist,” Wilson’s an Internet cowboy who made headlines last year by releasing the first plans for a 3-D printed gun. Before the State Department took the file down, one hundred thousand copies were downloaded within two days.

Bill Domenico was one of the F.S.P. members who got a copy of Wilson’s file. “I spend every day of my life with electronics in a 4,000-square-foot lab,” Domenico says. A compact man with wire glasses, he built a 3-D printer of his own design last spring in Manchester, mostly with parts he already had on a shelf. “You start out getting blobs,” he says. “The first thing you try to print is anything.” By chance, the same week Domenico got his printer working, Wilson released his CAD files. Seven days later, Domenico had successfully printed a copy of Wilson’s gun.

He thinks he’s the first to have done so. He hasn’t fired it. The point seems to be that he should be allowed to print whatever he is able to innovate.

For Domenico, his technologist’s outlook meshes well with Ayn Rand’s argument that individuals should act in their own self-interest, unbounded by government. “I’ve asked myself why this is such a technology-heavy crowd. The number of software engineers is off the charts,” he says. “When you think about things from a cause-and-effect vantage point, you see, wow, this [mainstream government] isn’t working out the way it’s supposed to.” 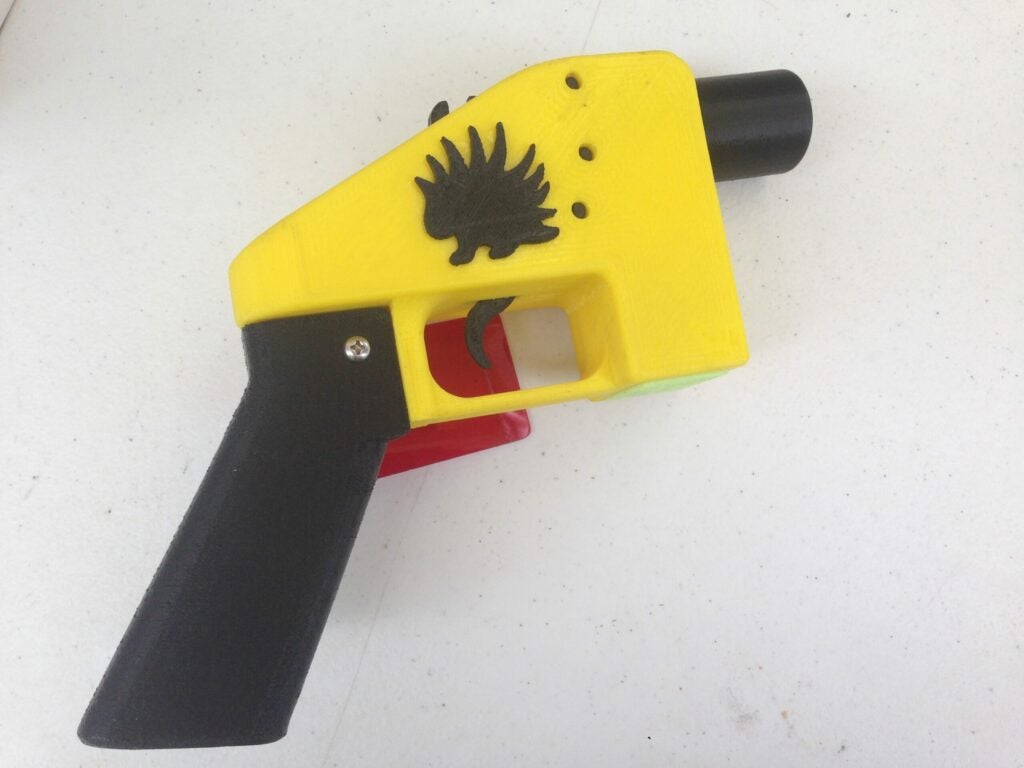 Mark Warden—who, when he’s not wearing a boa, splits his time between a real estate office and the New Hampshire legislature—also noted F.S.P’s tech-heavy demographic. “A larger than normal percentage of libertarians are tech-savvy,” Warden says. Known as the Free State Realtor, he has a broad perspective on who’s actually moving to the Live Free or Die state. “It’s easier for [tech people] to relocate because they can work remotely or from home,” Warden says, “but secondarily, Free Staters are generally tech-savvy because they’re very rational creatures. There’s quite a bit of natural overlap between the liberty mindset, which is empirical, and IT people.”

According to Warden, increasing gun legislation in the aftermath of a tragedy like Sandy Hook is “hysteria.” Bearing arms is important for many libertarians, and the idea of restricting personal choice, even to increase safety, is a tough sell. 3-D guns is just a fresh head on an old argument. As the price of printers plummets, the technology is becoming fairly accessible, even for non-geeks. A basic 3-D printer now retails for around $500, and while a gun is just one of many shapes, as Wilson’s fond of putting it, for those worried about gun safety it’s a frightening trend.

While Domenico can’t legally transfer—sell, trade, or give away—guns, he’s had several potential buyers, and it irks him on principle to have to turn them down. To what extent the rights of an individual like Domenico should be protected as they come into conflict with societal goals (like school safety) is the unanswered question at the core of most of our recent national controversies, underlying the debate on everything from the Hobby Lobby decision to Obamacare to marijuana legalization. Forget red or blue. In terms of the zeros and ones of politics, there are those who think the building block of society is individual action—and those who don’t.

The Silk Road, the Dread Pirate Roberts, and the Difference Between Politics and Political Theory

On Oct. 1, 2013, Ross Ulbricht was spending a warm sunny afternoon in the science-fiction section of the Glen Park branch of the San Francisco public library. The baby-faced 29-year-old was working on a laptop when he was surrounded by federal agents, who had a straightforward mission: to capture Ulbricht without letting him close his screen.

“Free Staters are generally tech-savvy because they’re very rational creatures. There’s quite a bit of natural overlap between the liberty mindset, which is empirical, and IT people.”

The F.B.I., after months of sleuthing, claimed that Ulbricht was Dread Pirate Roberts, the mastermind behind the notorious Silk Road, an online black market for drugs and other illicit activity. Since January of 2011, the Silk Road had seen more than $1.2 billion dollars of business, and become a place where, using Bitcoin and highly encrypted servers, anyone with an Internet connection could purchase, say, “5G [of] Pure Cocaine Cristal,” ordering online and receiving drugs swiftly by mail. The business made the Dread Pirate Roberts (D.P.R.) a cyber-millionaire, and, he wrote, hopefully made drug-trafficking safer for all parties. D.P.R. described the site as a way to “abolish the use of coercion,” posting about Austrian economics and what state regulations and taxes do to markets. In many ways, the Silk Road was a Randian economic model taken to its logical extreme.

Had Mr. Ulbricht closed his laptop during his arrest, the hard drive could have become “an encrypted lump.” As it was, the government found files allegedly including revenue from the Silk Road worth $80 million dollars, and Ulbricht was arraigned in New York on charges of narcotics trafficking, computer hacking, money laundering, and engaging in criminal enterprise. He was originally charged with planning six murders, and is still facing indictment in Maryland for one murder-for-hire.

Outside the bar tent at PorcFest, as the white canvas flapped in a breeze, Ross’ mother Lyn Ulbricht sips a cold drink. She’s a small woman, a little lost in an oversized T-shirt printed with the “Free Ross” slogan, which is plastered everywhere at the festival. “This case will set precedent for laws that could impact the future and freedom of the Internet,” she says.

Technology has developed so quickly that in many cases, the government doesn’t have specific statutes for Internet-based crimes. Right now, website hosts are protected in civil cases against “transferred intent,” meaning they can’t be held liable for things other people do on their site. Ross Ulbricht is not being tried under these standards because his is a criminal case, meaning that he’s in jail rather than immune as a web host. “In the indictment, the prosecution said, ‘Federal laws are expansive and adaptable,’” Ulbricht explains. “That’s totally unconstitutional. It’s a slippery slope. If website hosts feel like they’re potentially liable, does that lead to censorship?” She asks, “What does that do to the Internet?”

Law, like 3-D printing, is iterative, and setting aside Lyn Ulbricht’s vested interest in seeing her son proved innocent, the question of who should regulate new technological developments, and how, is stubbled with controversy. 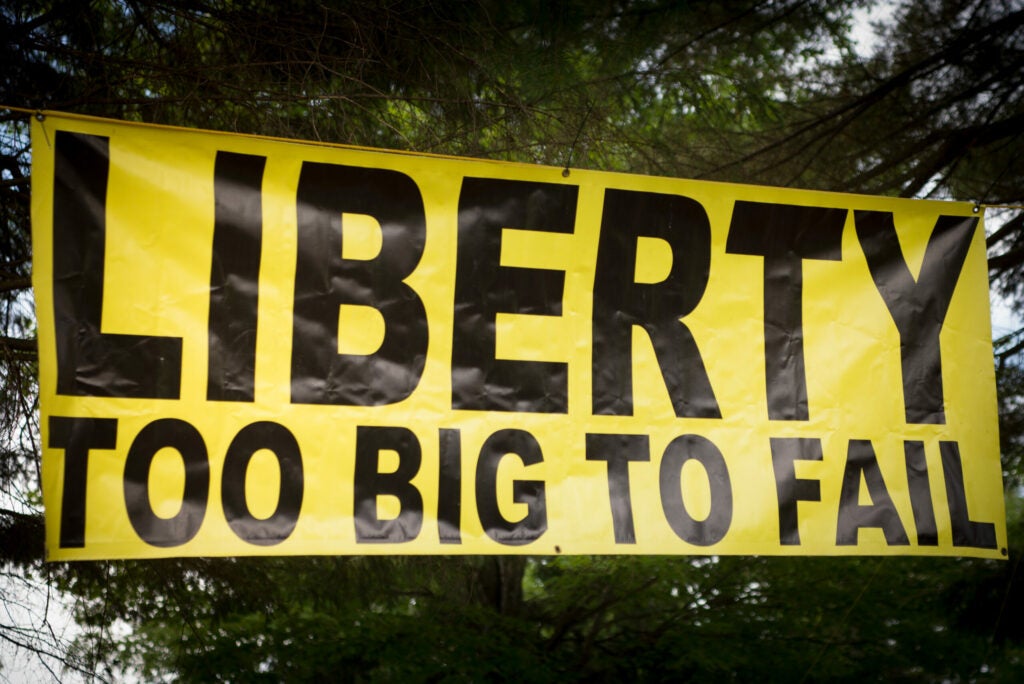 Too Big To Fail

Hey, What Is Freedom Anyway?

As the Snowden leaks and the subsequent privacy brouhaha helped demonstrate, the Internet in its adolescence has reached a voice-cracking sort of puberty where belief systems are being called into question. After Ron Paul’s failed Presidential campaign, libertarians are in a similar phase.

New technologies, like Bitcoin and 3-D printing and, yes, the Internet, have tended to empower individuals, democratizing information and access. But what’s laudable in the abstract often gets tricky in the collective details.

For libertarians, as banners around PorcFest proclaim in bold letters, government has only one function, and that is to protect the rights of the individual. But even a society on the scale of PorcFest finds itself in the position of setting regulations. The official program has a whole page on firearm etiquette, including such common-sense rules as, “Don’t mix mind-altering substances and firearms. You should not carry when you are drinking, toking, or otherwise impaired.” The festival is self-policing—as the PorcFest Prickler put it, “Of course, with freedom comes responsibility”—but the tricky fact remains that groups of people usually need governing, and translating zeros and ones into practical reality may always be a challenge.

After all, “Man,” as Ayn Rand wrote, “has no automatic code.”