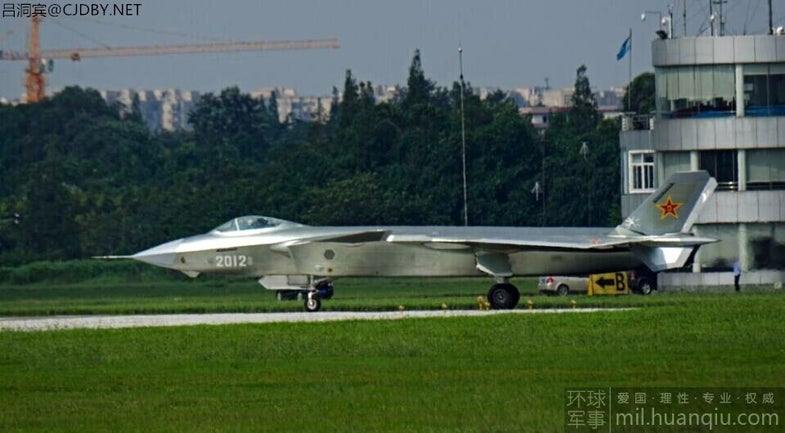 On July 16, photos begun circulating on the Internet of the fourth J-20 stealth fighter prototype making low speed taxi runs in Chengdu, China. The fourth prototype is numbered “2012”, with the first, second and third prototypes being respectively numbered as “2001”, “2002” and “2011”. All three previous J-20 prototypes have left the Chengdu Aircraft Corporation (CAC) factory for the China Flight Test Establishment (CFTE) facility in Yanliang. The CFTE facility is China’s top military aviation test and evaluation site; its isolation away from populated areas compared to Chengdu addresses safety and security concerns when conducting rigorous tests that push the J-20’s performance envelope. 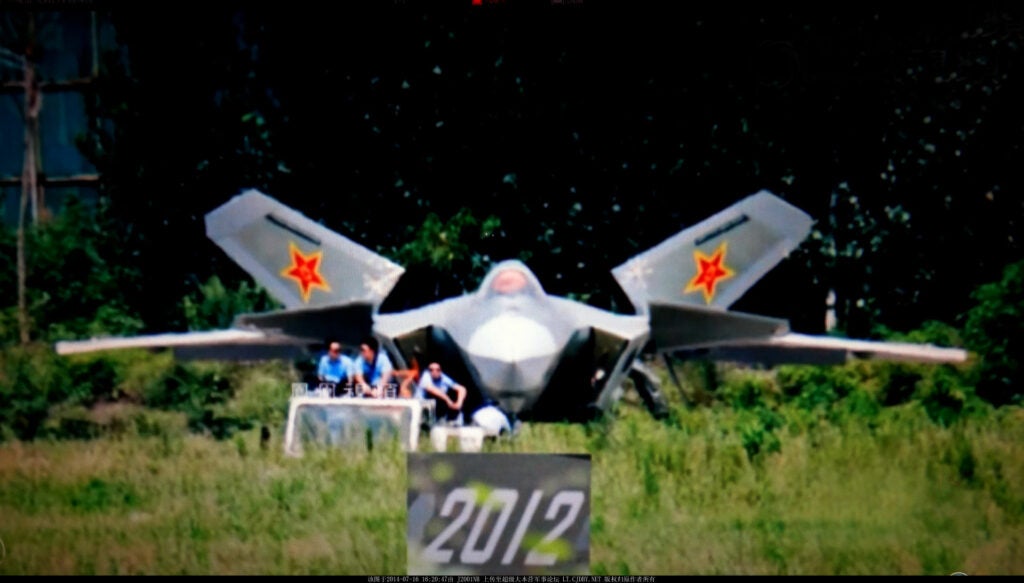 The fourth J-20 stealth fighter is shown here being towed by CAC personnel onto the factory runway. One can easily see the white radome in front of the cockpit, and the electrical optical sensor and targeting pod under the radome. The insert includes the serial number, “2012”.

Externally, the “2012” plane shares many of the changes that “2011” had compared to the first two J-20s, “2001” and “2002”. “2012” has a stealth optimized electro-optical tracking system (EOTS) pod integrated into the fuselage under its nose. The radome on the fighter’s nose is also mounted at an upwards slant, suggesting the installation of an active electronically scanned array (AESA) radar. This second pair of J-20 prototypes also have additional features to increase stealth against radars, including redesigned weapons bay and landing gear doors, smaller tail booms and clipped vertical stabilizers. The “2011” and “2012” are both powered by the 14.5 ton thrust Russian AL-31F-M2/3 engine. 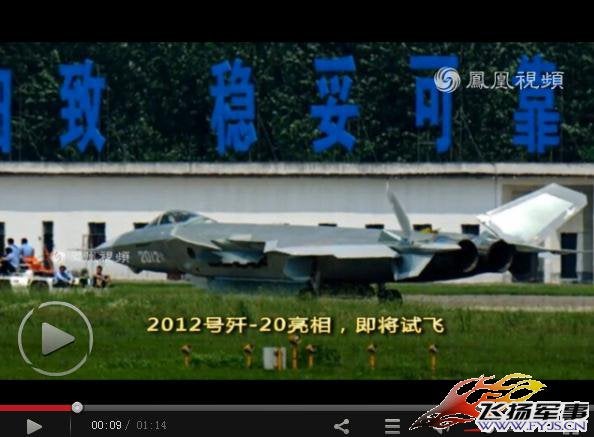 The fourth J-20, “2012”, like all its brothers, still uses Russian AL-31 series of turbofans. Sometime in the next five years, the J-20 will be installed with Chinese engines, either an advanced WS-10 derivative or the powerful WS-15.

The advance to four prototypes indicates that the J-20 fighter program appears to be on track for the initial operation capability target timeframe of 2017-2019. The presence of two similar airframes in “2011” and “2012” will allow CFTE and CAC to collect data and make adjustments more quickly through doubling the rate of flight and equipment tests. “2001” and “2002” apparently are dedicated to testing the aerodynamic performance and maneuverability of the J-20 airframe. Speeding up this phase of J-20 development means that CFTE can quickly test the EOTS, AESA radar and other mission avionics before accepting the next pair of J-20 prototypes, which could be equipped with 18-19 ton thrust WS-15 engines early as 2015.