Elon Musk: Our Savior, The Supervillain

How one technology mogul's terror of extinction serves the human race 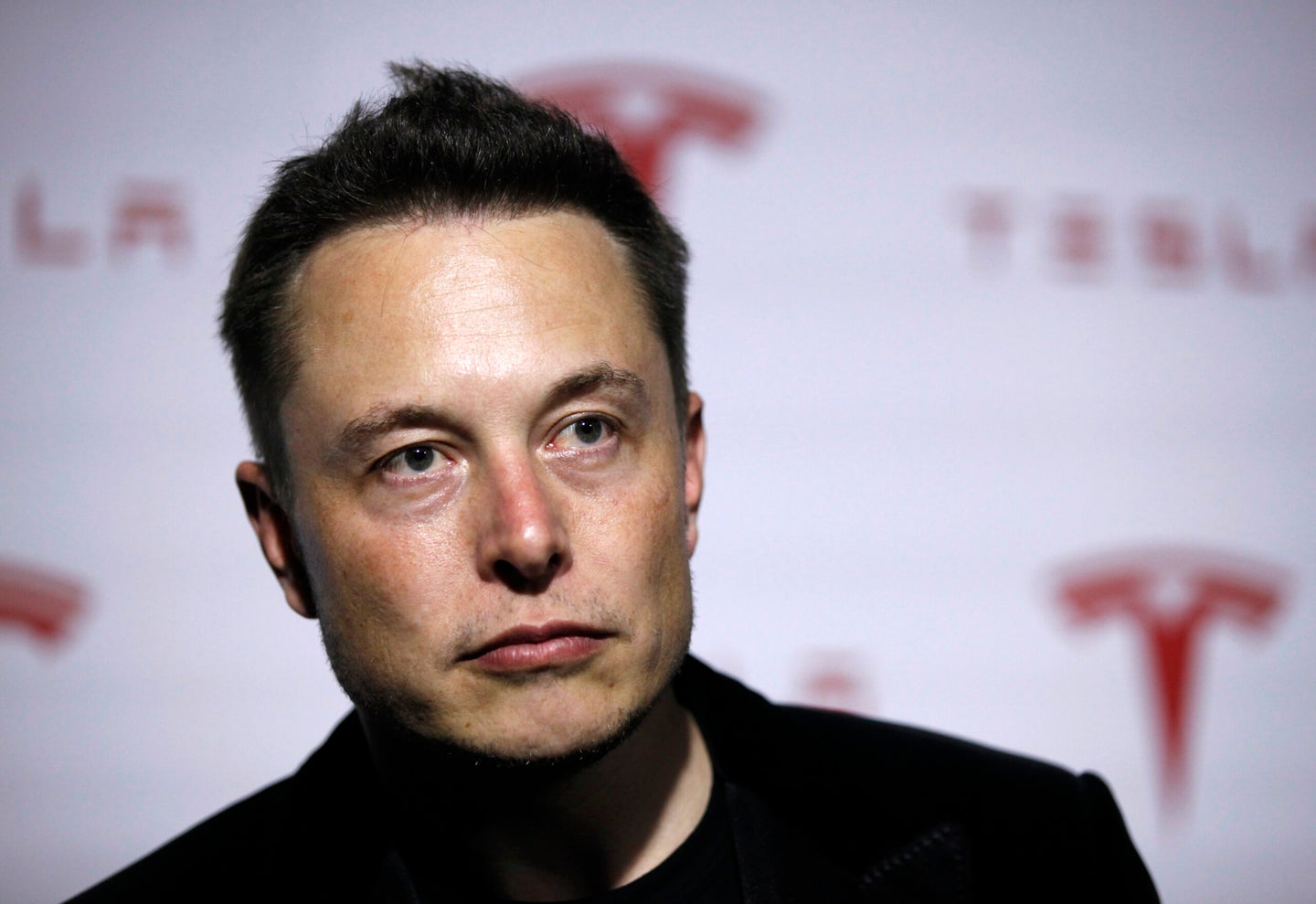 This month, Elon Musk reminded us once again why he’s the most entertaining executive alive. In an online comment that’s since been deleted, Musk wrote about his fears concerning artificial intelligence (AI) research and how fast it is progressing.

“Unless you have direct exposure to groups like Deepmind, you have no idea how fast — it is growing at a pace close to exponential. The risk of something seriously dangerous happening is in the five-year timeframe. Ten years at most. This is not a case of crying wolf about something I don’t understand.”

This isn’t the first time Musk has voiced this specific panic. In a CNBC interview this past summer, the founder and CEO of SpaceX and Tesla Motors explained why he’s an investor in Vicarious, an AI firm that defeated the CAPTCHA online security tool in October of 2013. “In the movie Terminator, they didn’t create AI to — they didn’t expect, you know, some sort of Terminator-like outcome. It’s sort of like the Monty Python thing: Nobody expects the Spanish Inquisition.” said Musk. “It’s not from the standpoint of actually trying to make any investment return. It’s purely, I would just like to keep an eye on what’s going on with artificial intelligence … There are some scary outcomes and we should try to make sure the outcomes are good, not bad.”

This is not how executives speak. Tech luminaries are a measured and media-trained lot, fully cognizant of the public eye and the of the power and peril in everything they say or write. It’s hard to blame them for being bland, when a single off-message gaffe can send ripples through the stock market. There’s every incentive to stick to talking points.

Musk, meanwhile, preaches the gospel of the coming robo-apocalypse without hesitation or restraint. In an interview at MIT, Musk called AI our biggest existential threat, adding that, “With artificial intelligence we are summoning the demon. You know those stories where there’s the guy with the pentagram, and the holy water, and he’s like, Yeah, he’s sure he can control the demon. It doesn’t work out.” And in another recent interview, this time with Vanity Fair, he responded to a deeply silly question — could SpaceX vessels could be used to escape an Earth-based AI uprising — with breathtaking sincerity. “No — more likely than not that if there’s some … apocalypse scenario, it may follow people from Earth.”

“If there’s some apocalypse scenario, it may follow people from Earth.”

I’m not lambasting Musk for being honest, or for replying to a question that’s already soaked in science fiction tropes with yet more sci-fi speculation. Musk’s heartfelt terror is what makes him so important. In addition to being the world’s most entertaining executive, he’s also the only one who has devoted his life to saving humanity from wholesale extinction.

I amuse myself by thinking of Elon Musk as a supervillain in training. He’s a billionaire who’s obsessed with electrifying cars, so much so that he’s installing fast chargers around the United States on his own dime. He is building a privately funded fleet of self-landing robotic rockets, and his publicly stated goal for SpaceX is the eventual colonization of Mars. In fact, Musk allowed the makers of Iron Man 2 to film in a SpaceX facility, which appeared as the headquarters for one of the movie’s mad scientists. Even Musk seems intent on framing himself as a Lex Luthor-like mastermind, building global infrastructure in preparation for megalomaniacal evil.

Allow me to argue this ludicrous point further.

Most of us are too apathetic to actively stave off our own extinction. We hear dire predictions of imminent climate collapse and bitter resource wars, and we compartmentalize that panic. It takes a special kind of drive, and possibly arrogance, to harness that fear, and to assume that you can personally rescue humanity.

In comic books and movies, we call these egomaniacs superheroes and supervillains. And most cape comics present the character of the genius with long-range, planet-scale plans as insidious, evil rather than heroic. Thus, despite all the passing comparisons to Tony Stark, a more accurate pop-culture reference point for Elon Musk is the generic mad scientist. He’s one act of hubris — or misguided paternalism — away from wreaking havoc on Earth and beyond.

And Musk’s own stated motivations could come from a supervillain textbook. The problems he talks about most often are global menaces. “Most people don’t really appreciate the magnitude of the danger,” he told the Guardian in 2013, referring to climate change. “The glacier melts are very stark. As you heat the planet up it’s just like boiling a pot.”

Musk has also expounded on SpaceX’s mission as not only an attempt to establish planetary colonies, but as a hedge against an asteroid strike or similar extinction-level event. Even Musk’s interest in AI is not as a cheerleader for the technology, but as a frantic critic, and increasingly outspoken doomsayer. 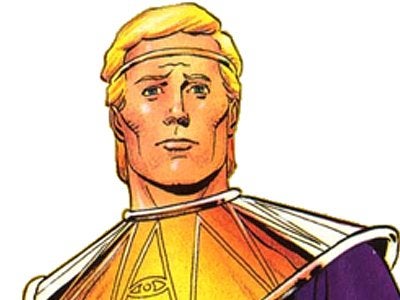 Musk cares about humanity, enough to risk looking like a bit of a fool. To me, the best comic book analogue for Musk is Ozymandias, the hero-turned-villain of the 1986 graphic novel Watchmen (spoilers to follow). A former vigilante who turned in his cape to found a pioneering technology company, Ozymandias is convinced that the world is about to be crushed by nuclear war. His response is to unleash violence on the planet’s biggest cities in order to unite the United States and the Soviet Union against a phantom enemy. Ozymandias is Watchmen‘s archvillain, but his horrible machinations come from a place of genuine heroism.

I realize it’s a rhetorical stretch to compare a real-life CEO to a mass-murdering comic book character, but although it’s a joke, it’s an illuminating one. Because Musk and Ozymandias share one important trait. While other tech industry giants expend countless resources to overhaul their social networks, or to convince us that smartwatches are indispensible, Elon Musk has set aside childish things. There’s no time to waste, when you’re preparing for the end of days.

To look at it another way, Elon Musk is the world’s foremost doomsday prepper.

That’s not intended as a slight. The term is most commonly associated with grizzled survivalists, the self-jettisoned outcasts who claim to be bracing for the horrors of an economic collapse or super-flu, while hoping against hope for just such an existential reset. Musk is the better angel of the apocalypse, a prepper who’s trying to build a bunker big enough for all of us.

Compare Musk’s efforts to his fellow titans of industry. Facebook’s Mark Zuckerberg recently donated $25 million to help fight the spread of Ebola. In the years since he left Microsoft, Bill Gates has poured billions of dollars into a range of humanitarian causes, including anti-malaria efforts. The established model for philanthropy by tech executives is to make an astonishing amount of money building products that address trifling first-world concerns — say, the technology to broadcast digital baby pictures to uninterested strangers, or to squabble with distant friends over political hot potatoes — and then donate some impressive amount of cash and extracurricular time to the developing world, and its less frivolous problems.

Those billionaires’ contributions are valuable, but Musk is cut from a different cloth. If he’s to be believed — a non-trivial caveat, by the way — then Elon Musk has forged an entirely philanthropic life. All of his professional activities following his departure from PayPal and other online ventures have our entire species at heart. The electric vehicles produced by Tesla Motors, and even the proposed 700-mph Hyperloop system, are a response to the planetary threat of climate collapse, most luridly depicted in The Day After Tomorrow. SpaceX was founded to build the equivalent of fallout shelters on Mars, in case sci-fi narratives like Deep Impact prove prescient. And the undisclosed amount of money he’s contributed to the AI companies Deepmind (which was acquired by Google at the beginning of this year) and Vicarious lets Musk keep tabs on the infamous, genocidal Terminator doomsday scenario.

We should be genuinely grateful that Elon Musk exists.

Why do I conceive of Musk as a sci-fi-obsessed alpha nerd? Because Musk himself doesn’t shy away from sci-fi references, from the risks of Terminator killbots to SpaceX’s role in sustaining the human race, inspired by Isaac Asimov’s Foundation trilogy. He even referenced Star Trek-style teleportation, in describing the Hyperloop as the next best thing in ultra-fast public transportation.

But it also helps us to understand the value of Musk, and why we should be genuinely grateful that he exists. You can write off his personal beliefs as sci-fi-informed paranoia, and still respect his commitment to innovation. If Martian colonies turn out to be a pipe dream, due to the difficulty of altering the planet’s climate or surviving its current state as a lifeless, irradiated wasteland, at least SpaceX revolutionized the private space industry. If Tesla Motors is long gone by the time electric cars supplant gas-burning vehicles, the company’s open patents, which any automaker can now make use of, will have left an indelible impact. And if Musk’s robo-phobia turns out to be an embarrassment, part of the collective fever dream that assumes the inevitability of artificial superintelligence, despite all evidence to the contrary, at least he’ll have helped to fund AI research. (Musk’s people politely declined my interview request to discuss his comments about the coming robot uprising.)

Sure, Musk is an unrepentant dork. He’s a professional doomsday prepper. He’s also, by the heightened logic of cape comics, the precise breed of big-thinking, fear-ridden, well-meaning zealot destined to become a supervillain. But he’s the rare public figure who always lives up to his reputation, and who continues to defy the odds, to exceed expectations, and to invite a wealth of other such cliches that would be excruciating if they weren’t so apt. However you view Musk, you can’t dismiss him.

And since life isn’t a comic book, chances are, Musk won’t ever hold the human species hostage. He’s far too busy trying to save it.