The day Marty, Jennifer and Doc Brown travel to in the future in 'Back to the Future, Part II' 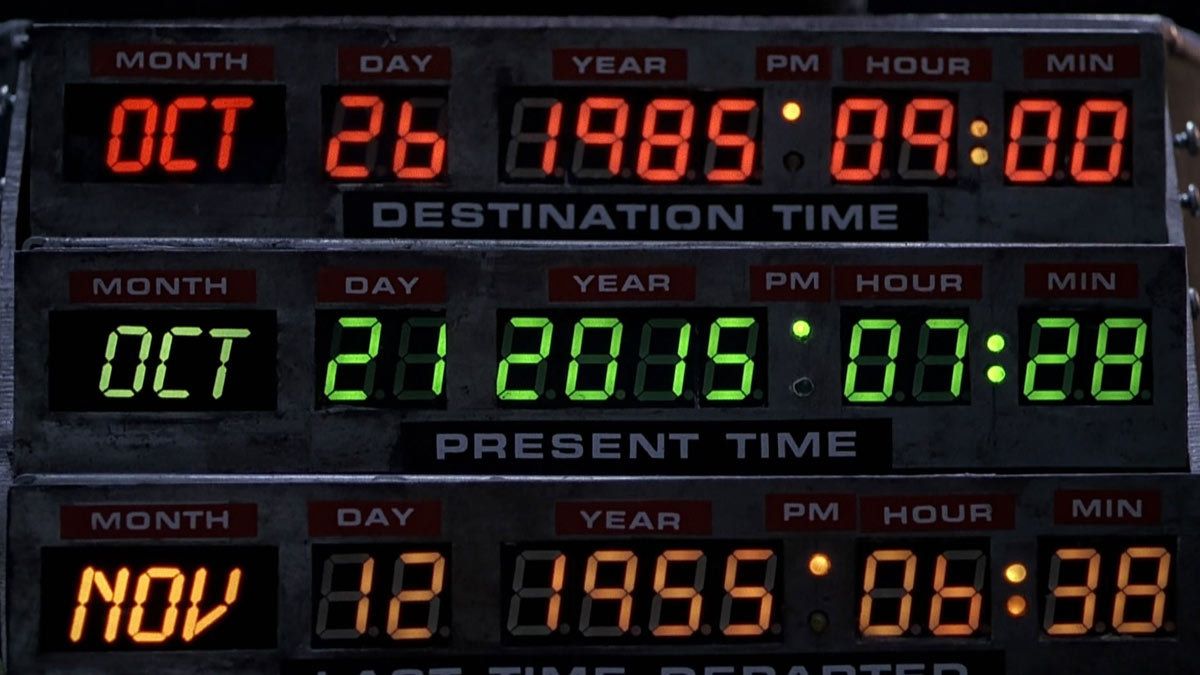 It’s been nearly 30 years since Marty McFly, Jennifer, and Doctor Emmett Brown traveled to the then far-flung future date of October 21st, 2015, in Back the to Future, Part II, but viewers have eagerly awaited for the trio’s arrival. The flick went to become a huge hit at the box office and more importantly, a classic among sci-fi film fans, for its zany portrayal of the paradoxes of time travel between 1955, 1985 and 2015. And social media users shared their excitement about finally reaching today without a time machine by tagging posts with #BTTFDay.

While others reenacted the movies’ most iconic scenes.

Scientific organizations got in on the fun

As did the astronauts aboard the International Space Station

Several brands are mentioned in Back to the Future, Part II, and many of them are embracing the products seen in the film’s version of 2015. At this year’s New York Comic Con, Pepsi announced they would make a special edition “Pepsi Perfect,” the soft drink Marty drinks in a 2015 diner. It’s available online exclusively at Walmart and Amazon until supplies run out.

When Marty first arrives in 2015, he is scared by a holographic shark promoting Jaws 19. Universal Pictures made a real trailer for that movie (which exclusively lists its predecessors) just for today.

Marty also puts on a self-lacing Nike shoe, which the Michael J. Fox Organization announced will be sold in 2016, but if you can’t wait you can make a pair yourself.

Without a doubt, the franchise’s most iconic product is its time-traveling DeLorean. Though the DeLorean Motor Company went defunct in 1982 (before the first film even came out), ride-sharing app Lyft teamed up with Verizon and will send out a fleet of DeLoreans to pick up passengers in New York City tomorrow, October 21, 2015.

Michael J. Fox even used the opportunity to make a statement through the White House about research the Michael J. Fox Foundation is doing, which read:

We here at Popular Science will be celebrating at full speed (or at least 88 mph) and wish you a happy Back to the Future Day, however you choose to celebrate it!