NASA this week awarded four research groups a total of $16.5 million to continue their development of quieter, more fuel... 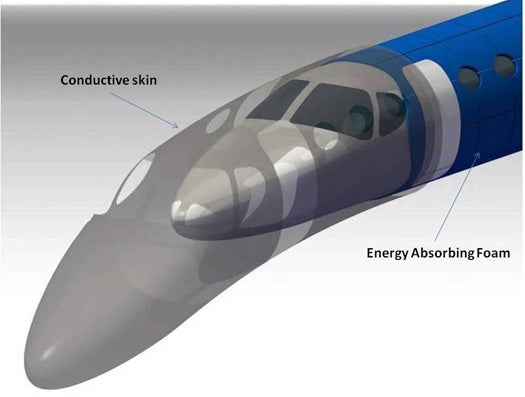 NASA this week awarded four research groups a total of $16.5 million to continue their development of quieter, more fuel efficient, and ultimately safer and better airliner technology. But while we’ve seen earlier versions Boeing’s “Ultra Green” aircraft mock-ups and MIT’s “double-bubble” concept, an interesting new technology being funded over at Cessna: a self-healing “magic skin” that would protect the exterior of an aircraft from lightning, impact damage, extreme temperatures, and even electromagnetic interference (EMI).

The idea behind this is apparently a leftover from a GE/Cessna report on N+3 (aerospace jargon for “three generations beyond the current fleet”) aircraft technology completed a year ago. Called “smoothing, thermal, absorbing, reflective, conductive, cosmetic” (STAR-C2), the idea calls for a thin outer skin made form a conductive film and an energy absorbing foam that would coat the whole of each aircraft.

The GE/Cessna team figured that such a skin could cut the weight of existing environmental countermeasures by half. It would also be specially designed to show visible damage plainly, so impact damage to the aircraft is plainly visible to inspectors on the ground. And while the self-healing mechanism hasn’t exactly been explained in plain language yet, the skin is expected to be able to heal itself if punctured or torn.

As a bonus, it would also cut down on cabin noise created by the engines. But don’t look for this new magic skin to be enveloping your next short haul on Southwest. N+3 generation technology isn’t expected to takeoff for another 20 to 25 years. 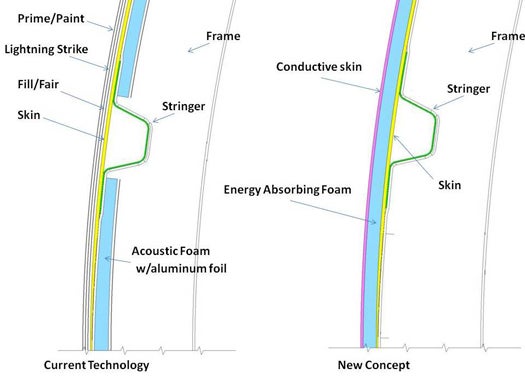