With a burst of photos, Boomerang creates a 'high-quality, mini-video' loop 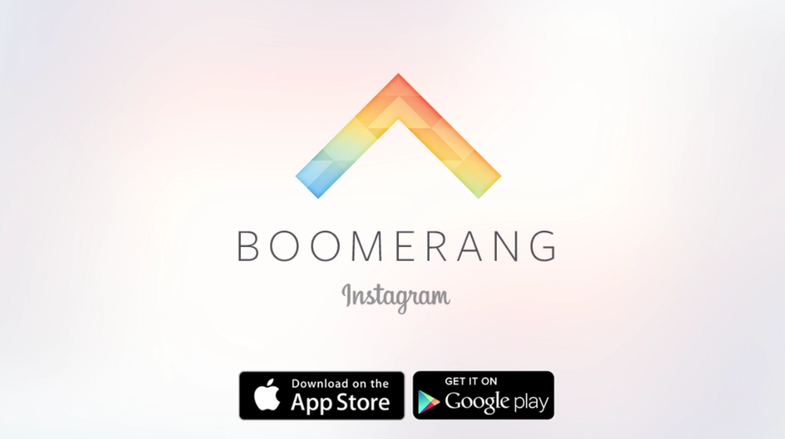 Feel like a tool is missing from your digital communication strategy? Good news: Instagram just made it a lot easier to create and share GIF-like videos with your followers. Starting today, you can download its newest recording-and-editing app: Boomerang.

Boomerang lets you capture a photo series similar to a GIF, and share it with your friends via Instagram. Like last year’s Hyperlapse, which helps users create time-lapse videos, the new tool is a separate app that shares to Instagram, rather than an integrated feature.

Image sharing isn’t anything new. Everything from Twitter and Facebook to Snapchat, Vine, and even Instagram lets you share photos of a short snippet of video with a network of your choosing as well as with the public. And apps like GIFBoom have provided the software to make GIF-style collections of images to be shared on other platforms.

But Boomerang’s appeal—one second of GIF-like stuttering video—seems to be similar to that of Vine. Once you’ve recorded your one-second, Boomerang plays it through, rewinds it in front of you, and then plays it again, making the video actually several seconds long.

The effect is something that could have come straight from a music video from the ‘90s. It could also make for good reaction GIFs, or for well timed captures from things like fireworks displays.

If you look deeper into the source coding, it turns out that Instagram is taking the stuttered images and posting them as MP4 video. So, while your post may look like a flipbook, it’s really a stylized video recording. That gives you interesting parameters to work with for creation.

We already know the sorts of stories people can tell with six seconds of video, 140 characters, or a single image, so it will be interesting to see what if anything people use this add-on to create. One second of recording is enough to capture a single moving image: a bubble popping, a friend going off the diving board, or an explosion if you’re into backyard science. It’s also enough to capture a single emotion, so maybe what we should expect from Boomerang is a lot of reaction GIF-like images.