How To Build Your Own Auto-Lacing Shoes

Get your Power Laces from 'Back to the Future: Part II' 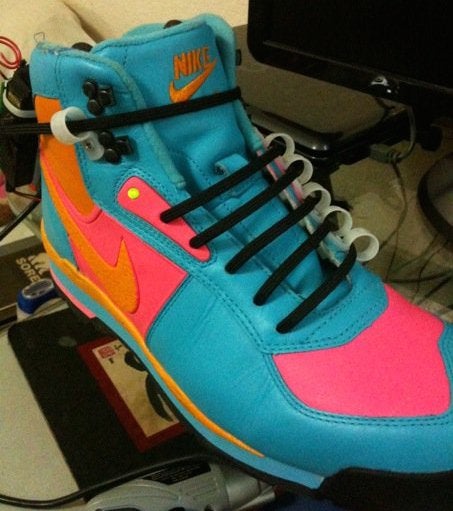 This Back to the Future Day, real hoverboards may be out of your wallet’s reach. But there’s one piece of tech from BttF 2 that you can buy or even make yourself: Marty McFly’s auto-lacing shoes.

Back in 2010, DIYer Blake Bevin decided to recreate the “power laces” technology for an electronics contest on the DIY website Instructables. To her surprise, a video of her “crude, barely-working prototype” went viral (and was even shared on Popular Science).

“After that,” Bevin says, “I started hearing from people with disabilities.” As it turns out, self-lacing shoes are good for more than nostalgia. They would be ideal footwear for those who have limited mobility in their hands—such as Bevin’s grandmother, who has Parkinson’s disease.

Inspired, Bevin ran a successful Kickstarter campaign to turn Power Laces into a consumer product. Now, just in time for Marty McFly’s arrival in the future, her small team is finally ready to begin shipping the shoes out for beta testing. “It’s definitely taken a long time,” Bevin says. “We want to get the hardware out there so we can start shipping to our backers.” Beta units of the Power Laces will begin shipping in limited, made-to-order batches this month, at a price of about $250. Bevin hopes to use feedback from the beta testers to improve the hardware and release a final, cheaper consumer version in under a year.

Because of these limitations, it might be tricky to get your hands on a prefab version of self-lacing shoes. But you can still make your own. Bevin has reposted her instructions for your own DIY Power Laces. In this project, an Arduino strapped to the back of the shoe monitors a force sensor in the heel. When wearers step on the sensor, the Arduino commands servo motors to turn and tighten up the laces.