Now You Can Buy the Smallest Atomic Clock Ever Made

The new clock, precise to a millionth of a second, is 100 times smaller than its predecessor 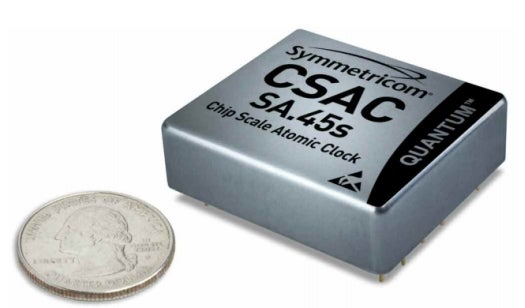 If you have a spare $1500 burning a hole in your pocket, perhaps you’d like to spend it on an ultra-precise, ultra-small atomic clock, now available for purchase from Symmetricom Inc. Draper Laboratory and Sandia National Laboratories.

The Chip Scale Atomic Clock (CSAC), originally developed for DARPA, is 100 times smaller than its predecessors and uses 100 times less power as well. It requires only 100 milliwatts of power, measures about 1.5 inches per side and is less than half an inch deep.

The clock measures the passage of time in millionths of a second by counting the frequency of electromagnetic waves. These waves are emitted by cesium atoms are stored in a tiny container, no bigger than a grain of rice, when they are shot by a vertical-cavity surface-emitting laser (VCSEL). Replacing the previously used rubidium-based atomic vapor lamp with the VCSEL is what reduced the clock’s power consumption. 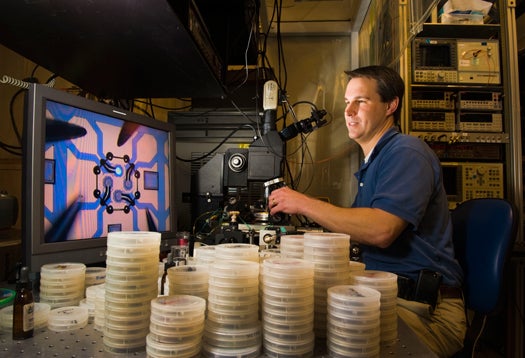 Measuring The Wavelength of CSAC’s Laser

A CSAC clock continues to function when GPS signals are blocked, making it incredibly useful deep underground or underwater. It could also prove handy when experts are blocking telephone signals from detonating explosive devices with electromagnetic interference, as the CSAC would continue to function.

After 10 years of development, CSAC went on the market in January. DARPA projects rarely become commercialized, so this product page, available for anyone to peruse on the web (and purchase for their deep-sea explorations), is a pretty big deal.