Your Facebook Profile Picture Can Now Be A Short Video 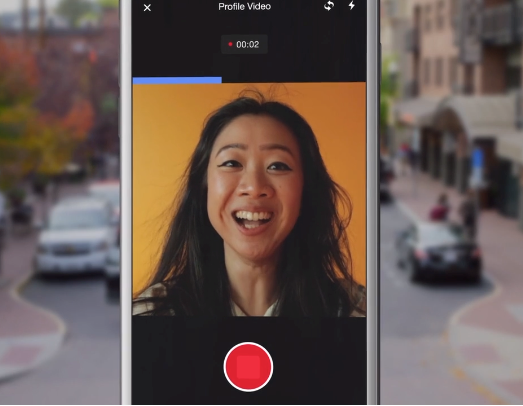 Facebook has placed increasing importance on video lately. With muted, autoplaying video the social network has cracked the code to increasing their online video impressions—skyrocketing from one billion to four times that, according to News.com.au. Last week, Facebook introduced 360-degree videos that let you spin around and control what you’re looking at while a video clip plays. Now, the world’s largest social networking website will let you use a short video as your Facebook profile picture.

The video clip can only be a few seconds long, and it will play on loop, similar to Vine (which is owned by rival Twitter). And in a sign of our smartphone-addicted times, you’ll need to be on Facebook’s mobile app for iOS or Android in order to use the feature.

These changes are just the latest and most noticeable to come to Facebook’s mobile app. The company has actually continually improved its apps with less flashy, but still useful features. When friends have liked a post, for example, a slide-in transition shows who of your favorite people have liked or commented on the status. Other updates can be seen when browsing video within Facebook — after tapping one video, a list of related videos appears underneath, for example.

With Facebook’s overall greater emphasis on video across the site, Profile Videos could prove hugely popular. Facebook’s new Profile Video can be recorded within the iOS or Android app by tapping on the video camera icon on the bottom right of your picture, though still images will be supported.

Facebook’s new feature comes at a time when other tech companies are increasingly looking to offer users the ability to upload short, looping moving images that are somewhere between still images and movies. Earlier this month at Apple’s fall event, for instance, the company introduced many new improvements included in the iPhone 6S and iPhone 6S Plus. Among them were “Live Photos,” a feature that records the moments before and after a photo is taken, then turns them into a moving image you can use on your iPhone’s home screen and lock screen. While Apple claimed that live photos will be shareable on Facebook, it’s still unclear at the moment whether Facebook’s new addition of moving profile images will let you upload iPhone Live Photos directly, in place of short movie clips.

But we’ve reached out to Facebook to ask about support for Apple Live Photos as well as the vintage moving image format that has had a massive revival online in recent years: the GIF.

In another update to its mobile apps today, Facebook is also adding the ability to add Temporary Profile Images. Knowing that many users change their profile pictures based on occasions such as birthdays, anniversaries, or, in Facebook’s video example, the #ThrowbackThursday #TBT hashtag, the new feature lets users schedule a profile image to last a certain dedicated period of time before disappearing and reverting back to a dedicated profile image (from one day to one week, though Facebook also offers a custom time option as well).

Those who changed their profile picture for Celebrate Pride, for example, could now set a timer for how long they would want rainbow colors as part of their image.

Facebook already has over a billion users, over half of whom primarily access the site on mobile devices, but the company clearly does not want to stop there. With Zuck and Google both racing to snag the next billion, features like the new Profile Videos and Temporary Profile Images will help keep people coming back to Facebook, and should only further cement its dominance as the world’s largest social network.