Magnetic fields applied to the brain can be used to treat ADHD, improve memory and even control your behavior and... 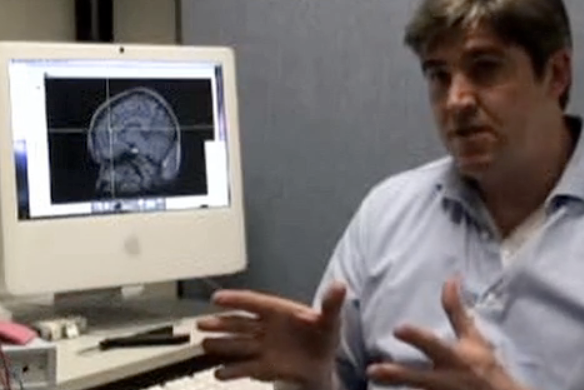 Magnetic fields applied to the brain can be used to treat ADHD, improve memory and even control your behavior and sense of morality. But unless you’re a neuroscientist, it’s hard to see the physiology of this phenomenon, other than trying to interpret colorful brain scans.

The following video accomplishes this beautifully.

And not just because it cuts off a science editor’s ability to speak.

Transcranial magnetic stimulation, as this is called, is a useful way to inhibit specific regions of the brain. Along with boosting visual memory, it can make you better at math, for instance. It’s even been shown to alter moral judgments; DARPA is studying the technique for use in battle helmets, allowing soldiers to manipulate brain functions to boost alertness, relieve stress or reduce the effects of traumatic brain injury.

Walsh and colleagues are studying the use of the technique to treat migraine and stroke, New Scientist says.

At publication time, PopSci editors were as yet unwilling to duplicate the experiment.