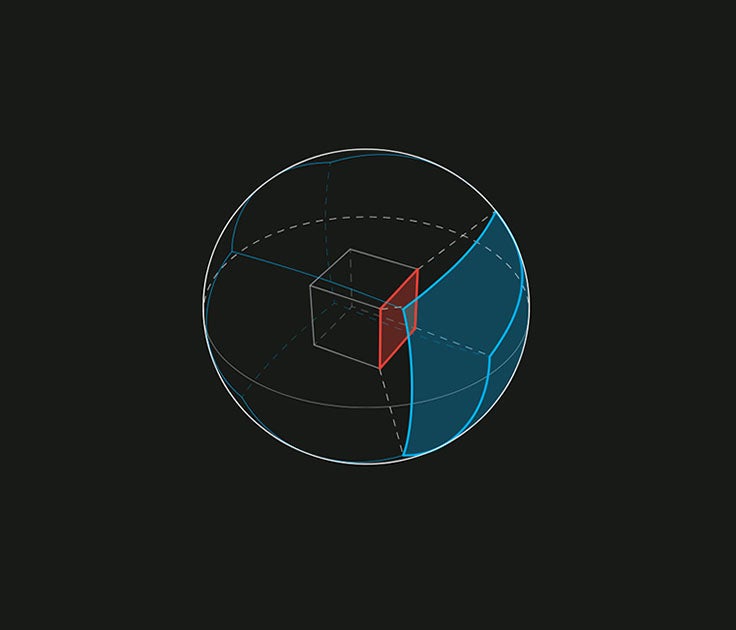 Facebook and its virtual reality subsidiary Oculus are betting on the new 360-degree video format, which Facebook introduced into your News Feed last month.

Whether you’re on desktop or mobile, if you’re on Facebook and see one of these new 360-degree videos published by media outlets, you can tap, click, or drag the video to change your viewing angle and see the action happening all around you. And the experience is even more immersive if you’re one of the lucky few software developers who has early access to an Oculus Rift VR headset (the consumer model is coming early 2016).

But you may still be wondering: just how does this new 360-degree video work?

Facebook answered that question today with a new post on the company’s Code website for software developers. In it, Facebook’s Evgeny Kuzyakov and David Pio explain how they went about creating the new video format for Facebook, the challenges they ran into, and how they overcame them.

The larger file sizes of 360-degree videos alone proved to be a major issue. That’s especially with the social network doubling-down on autoplay video in the News Feed and mobile, where data caps are an issue for many users. As they write:

File sizes were just a piece of the Facebook 360-degree footage puzzle, with video layout proving to be difficult as well. The entire behind-the-scenes is worth the read. Check out the entire post from Facebook here.