Flint: a day by the bottle

In the wake of the city's water crisis, residents have turned to bottled H2O. 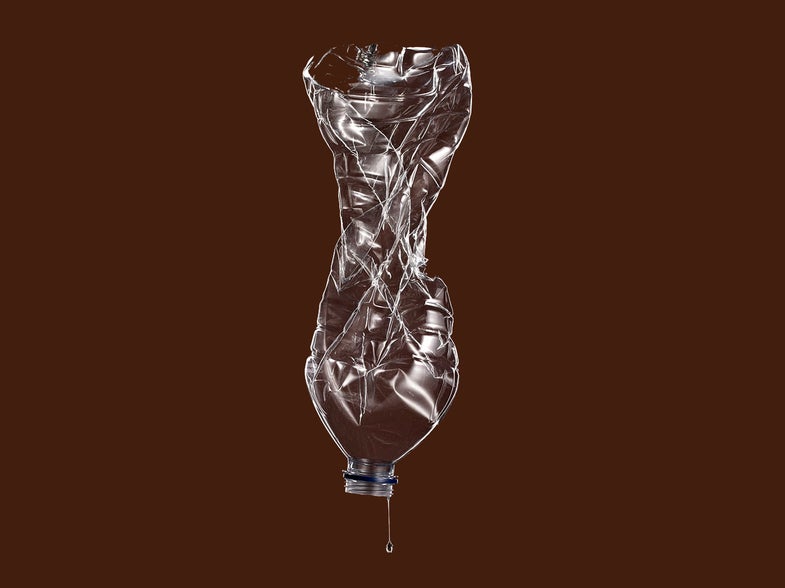 IN 2014, THE GOVERNMENT of Flint, Michigan, switched the city’s water source to the Flint River, and you’ve probably heard what happened next: Officials failed to add important corrosion inhibitors to prevent water from leaching metal out of the city’s aging pipes. Soon, dangerous levels of lead infiltrated the water system. To protect themselves and their children from lead’s side effects—weakness, developmental delays, and seizures—concerned residents have turned to bottled water. Lots of it. Here’s a glimpse of what it’s like to live life in the midst of a water crisis, bottle by bottle.

The number of standard-size (16.9-ounce) bottles of water an average adult needs to drink daily to prevent dehydration.

The number of bottles it would take to substitute all of a standard American’s daily water usage, including showering and tooth brushing.

The number of bottles the state should give a Flint resident daily; the result of a lawsuit from the American Civil Liberties Union, and others.

The number of bottles it reportedly took some Flint families to make Thanksgiving dinner in 2016. One needed 24 bottles just to thaw the turkey.

The number of bottles needed to cook—and clean—per day for one Flint family of three, who tracked how much water they used, and for what.

The number of water bottles that Flint’s Durant-Tuuri-Mott Elementary School uses daily—that’s a little more than one bottle per student.