No such thing as too many Pluto pics 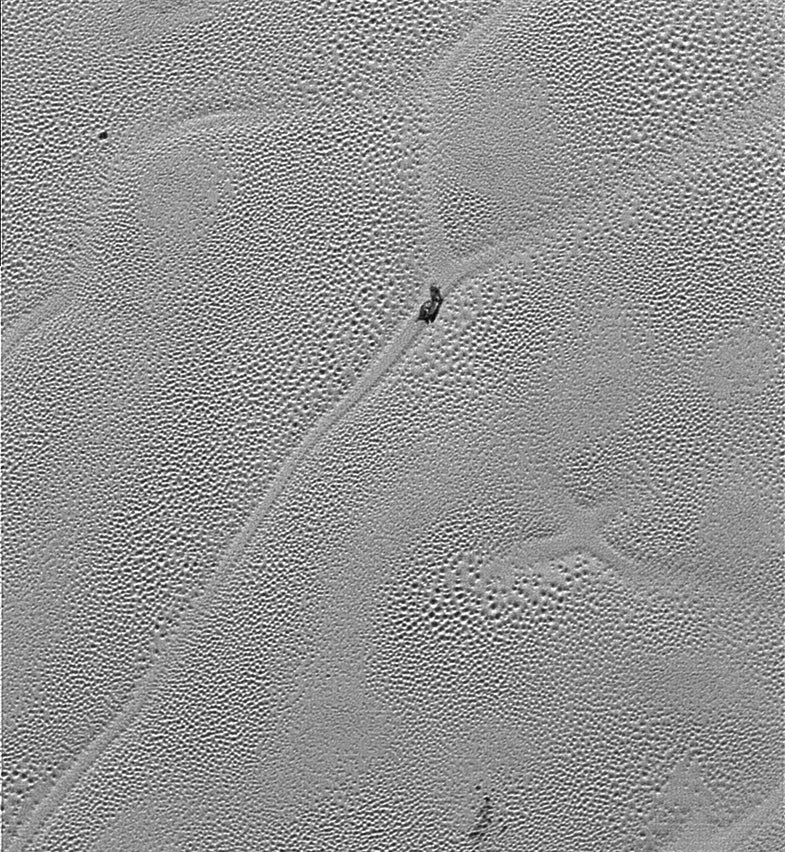 The latest batch of images beamed back from the New Horizons spacecraft shows the dappled surface of Pluto’s Sputnik Planum in extraordinary detail.

The polygonal pores shown here measure about 10 to 25 miles wide and may be 100 yards deep. Scientists think the pattern forms as Pluto’s lukewarm interior melts the nitrogen ice deep down. The warmer material floats upward, then cools again at the surface and sinks back down. “This part of Pluto is acting like a lava lamp,” said New Horizons’ William McKinnon in a statement.

The darker patch near the center of the image shows what scientists believe is an iceberg composed of dirty water.

Below, the New Horizons team has stitched together several images to show a 400-mile-long swath of Sputnik Planum in Pluto’s “heart”. The image has a resolution of about 265 feet per pixel.

To the west of Sputnik Planum, we also get a new view of the informally named Viking Terra region, shown below. The scene shows various crater rims and flow areas coated in a red dust. The red coloring comes from tholins–molecules that form as sunlight reacts with methane and nitrogen in Pluto’s atmosphere. 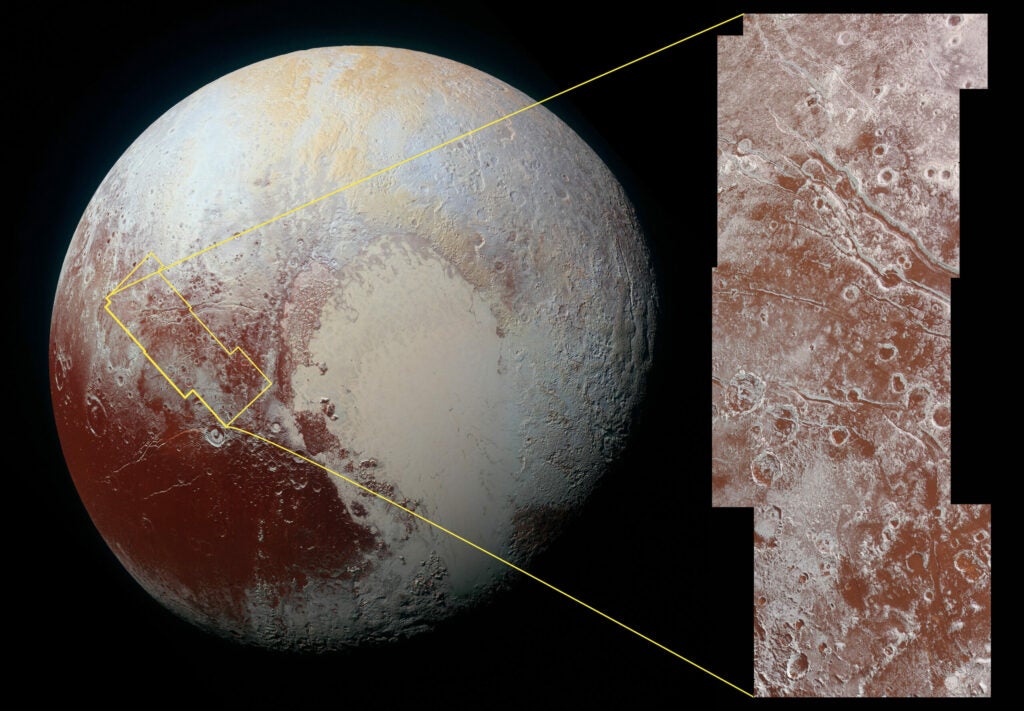 Zooming in on Pluto’s Viking Terra