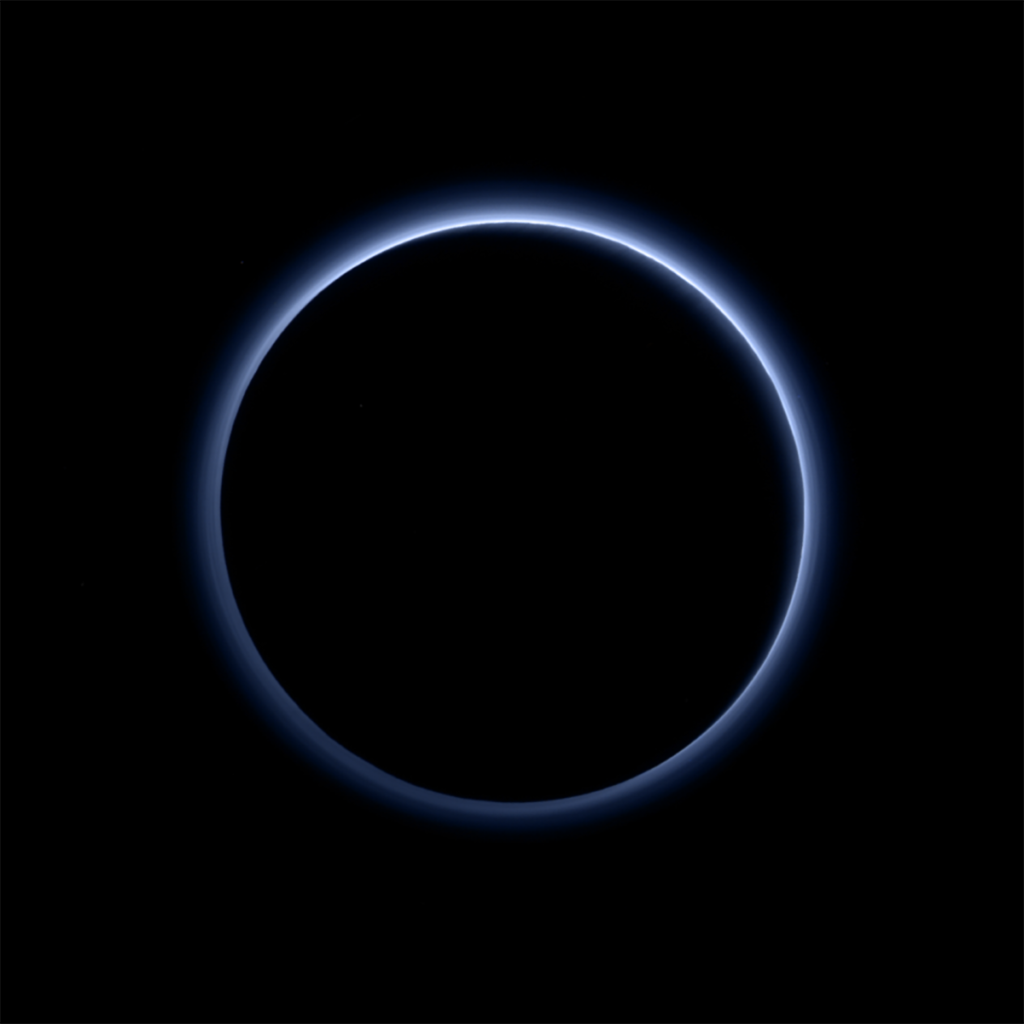 After New Horizons sped past Pluto in July, the spacecraft turned around to look at the dwarf planet’s silhouette against the sun. The backlighting gave New Horizons some insight into the planetoid’s atmosphere, and now the first color images of the haze has revealed that Pluto’s skies are partially blue.

If you were standing on Pluto, the sky would probably actually look reddish gray, though Miriam Kramer at Mashable reports that sunrise and sunset on Pluto could have a blue hue. The way the atmospheric particles are scattering blue light is a surprise to the New Horizons scientists. It also tells them a thing or two about the composition of the atmosphere.

“That striking blue tint tells us about the size and composition of the haze particles,” said New Horizons’ Carly Howett in a press release. “A blue sky often results from scattering of sunlight by very small particles. On Earth, those particles are very tiny nitrogen molecules. On Pluto they appear to be larger–but still relatively small–soot-like particles we call tholins.”

Tholins are simple organic molecules. Scientists think Pluto’s tholins come from ultraviolet light breaking up the methane and nitrogen in the atmosphere. Those reactive particles then combine together into complex molecules. Volatile gases condense on the molecules, making them heavy enough to rain down on Pluto. This is where Pluto gets its reddish-brown tint.

A second image, released today, shows the distribution of water ice across part of Pluto’s surface. Water ice in itself is not a surprise–scientists suspected the planetoid’s mountain ranges are made of ice. Still, there are only a few places where Pluto’s water ice isn’t buried in more volatile ices, such as those made from nitrogen and methane.

What’s more, these water ices seem to be reddish in color, based on color maps from New Horizons.

“I’m surprised that this water ice is so red,” says Silvia Protopapa, another New Horizons team member. “We don’t yet understand the relationship between water ice and the reddish tholin colorants on Pluto’s surface.”