See A New View Of Pluto’s Plains And Highlands 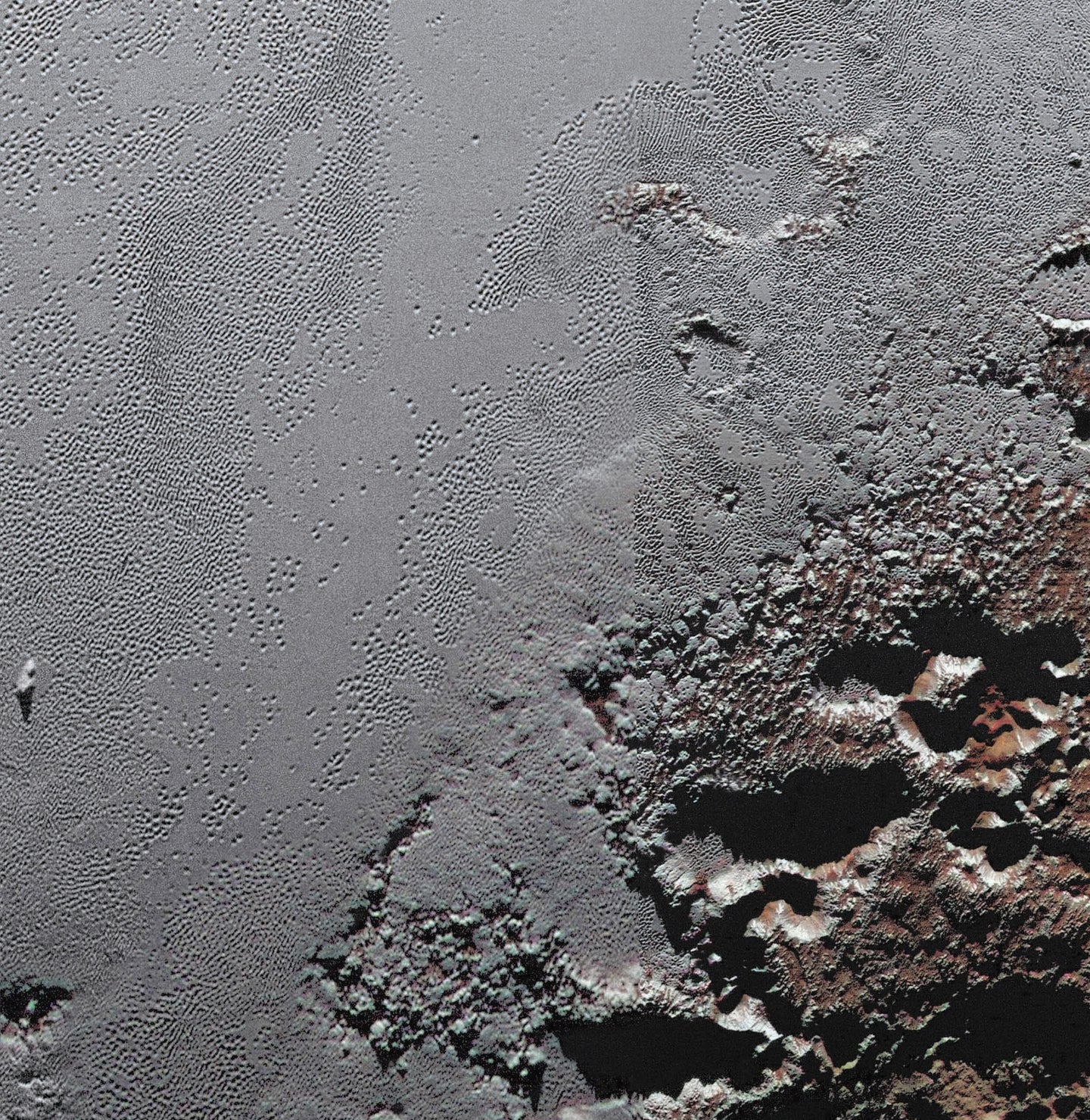 Time for a Throwback Monday (TM). Remember a little over a year ago, when our best view of Pluto looked something like this:

Images of Pluto taken by the New Horizons spacecraft in April, 2015.

Ah, yes, those were the days. Luckily, times have changed, and our view of Pluto keeps getting clearer, with beautiful images of ice volcanos churning icy plains, and deep canyons getting released all the time.

Now, we have a brand new image to ooh and aah over that was just released last Friday. 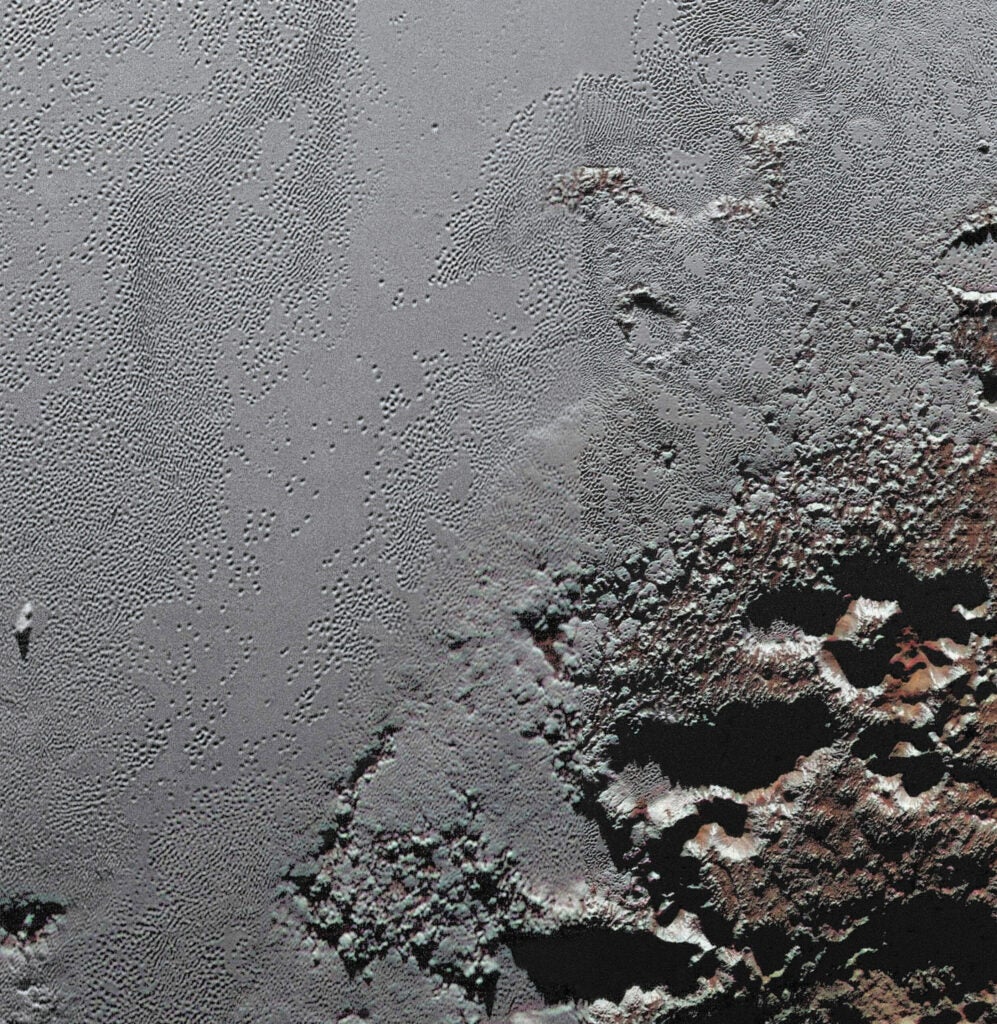 The image is dominated by the grayish icy plains of Pluto’s Sputnik Planum, an area near the center of Pluto’s heart-shaped feature.

In the lower right hand corner is a darker area of highlands called the Krun Macula. These highlands rise to nearly 1.5 miles above the nearby plains, a rough area scarred with deep, imposing valleys.

The reddish color of the Krun Macula is due to the presence of tholins, a gunky solid formed when gasses or ice are bombarded with energy.

This image is a composite of parts of the two highest-resolution images taken when the New Horizons spacecraft flew by Pluto last summer.