The dwarf planet may have a hydrological cycle, but it's not like ours New photos of Pluto's surface show an icy planet that looks a lot like Earth. Close-ups taken by the New Horizons spacecraft show the mountains surrounding a plain named Sputnik Planum. Unlike those on Earth, the glaciers are made of nitrogen, not water. NASA/JHUAPL/SwRI
SHARE

For all intents and purposes, Pluto and Earth don’t have a lot in common. One is a planet, one is not (or at least not officially). One is an ice world, while the other is mostly water. One is red, the other blue. But black and white photos can obscure a lot of those differences. In the latest batch of images returned from the New Horizons spacecraft, Pluto looks a lot like home.

Do not be deceived, though. Those mountains aren’t rocky like our own, they’re made of solid ice. The dwarf planet can barely hang on to that thin, hazy atmosphere. And those smooth glaciers? They’re made of nitrogen instead of water. 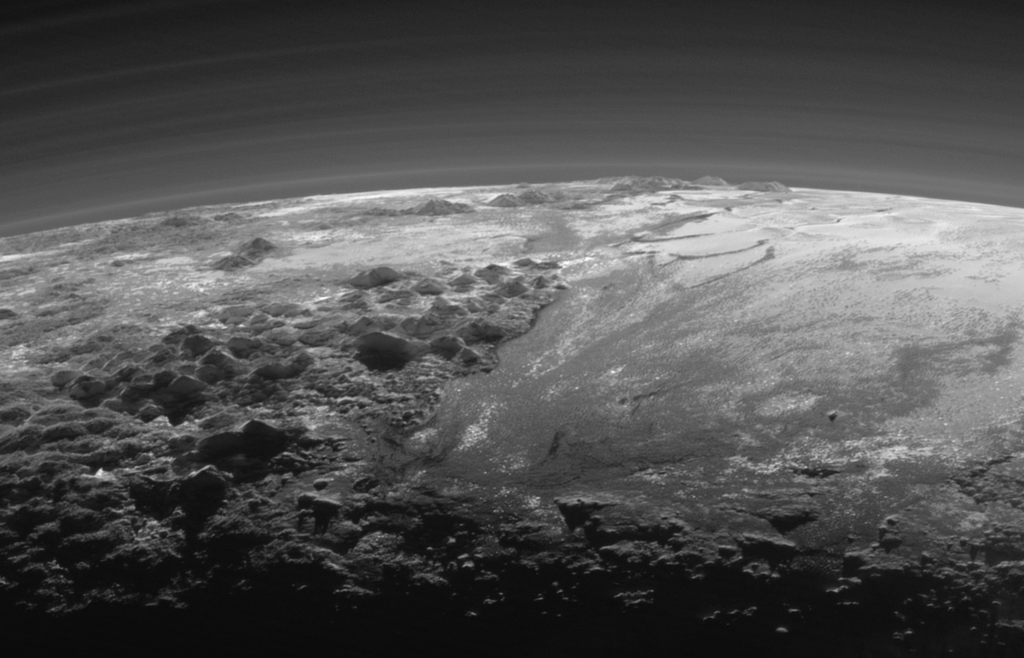 Closeup On Sputnik Planum And Mountains

New photos of Pluto’s surface show an icy planet that looks a lot like Earth. Close-ups taken by the New Horizons spacecraft show the mountains surrounding a plain named Sputnik Planum. Unlike those on Earth, the glaciers are made of nitrogen, not water.

However, the most recent pictures provide new evidence that Pluto and Earth may be similar in more interesting ways—including having weather that changes from day to day, and something like a hydrological cycle. Only, instead of water, Pluto’s hydrogen cycle would probably revolve around nitrogen.

Close-ups reveal flowing glaciers that carve out patterns in the icy plains informally named Sputnik Planum. The activity may come from the evaporation of ice from Sputnik Planum, which gets deposited on the mountains to the east and later streams back into the plains. 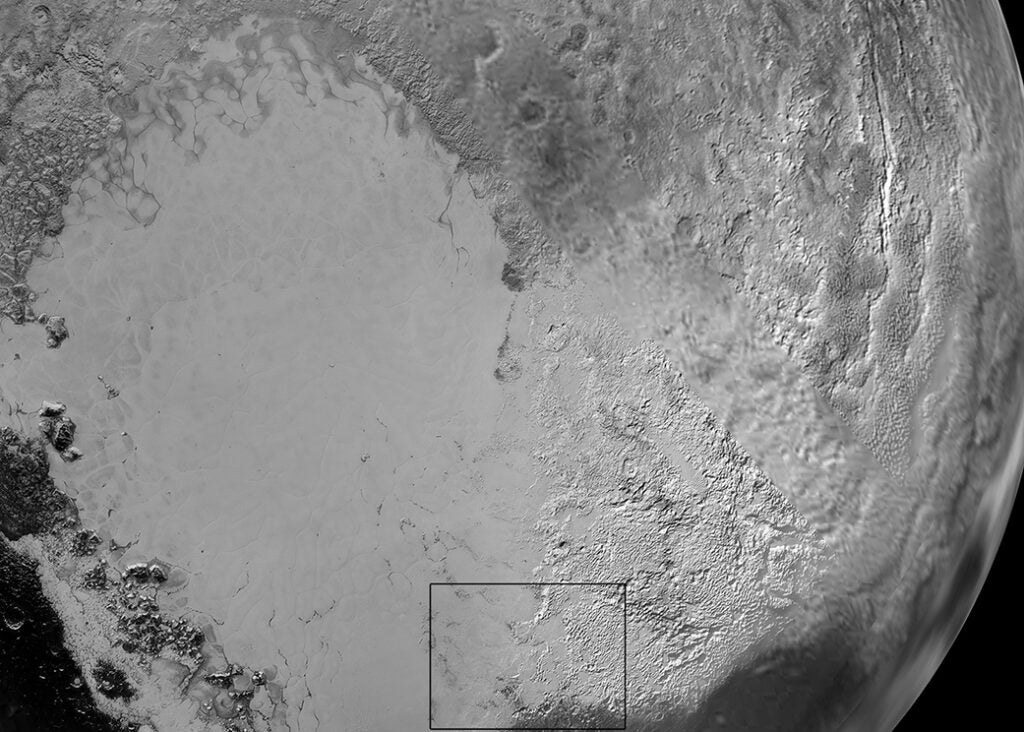 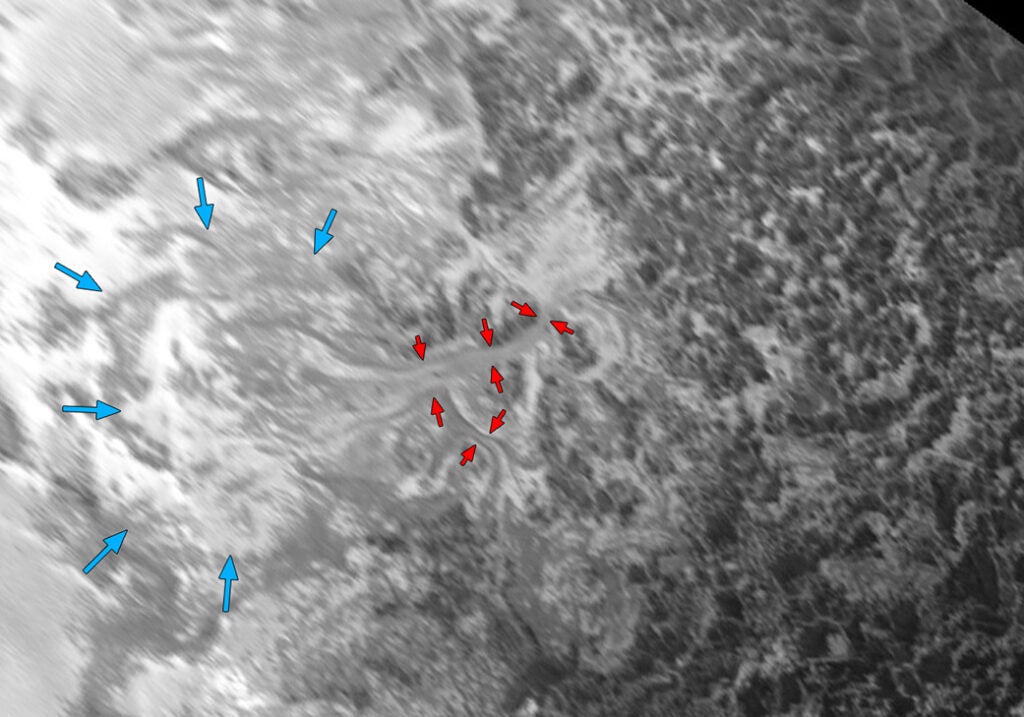 Lines indicating the flow of glaciers on Sputnik Planum

“We did not expect to find hints of a nitrogen-based glacial cycle on Pluto operating in the frigid conditions of the outer solar system,” said New Horizons’ Alan Howard in a press release. “Driven by dim sunlight, this would be directly comparable to the hydrological cycle that feeds ice caps on Earth, where water is evaporated from the oceans, falls as snow, and returns to the seas through glacial flow.”

A new view of Pluto

Looking back just after flying past Pluto, the New Horizon’s spacecraft captured this shot of the informally named Norgay mountains and the large, flat Sputnik Planum.
Pluto
Solar System
Space