What New Horizons Is Looking For On Pluto, And How

After nine years and three billion miles, here’s what we're learning from it all 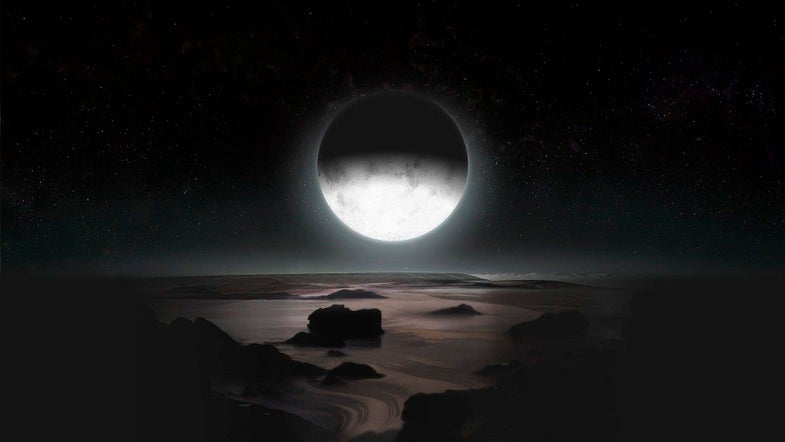 At 7:50am EDT tomorrow, July 14, New Horizons, the fastest spacecraft ever launched, will perform the first close-encounter flyby of Pluto and its system of five known moons. During that approach, New Horizons will be flying within 6,000 miles of Pluto and collect 100 times more data than it can send home in a single day. The instruments on the spacecraft will take thousands of photos, measure Pluto’s temperature and magnetic field, map the surface topography, determine Pluto’s atmospheric composition, and search for undiscovered moons, rings and subterranean oceans. To send all of that data back to Earth will take 16 months.

“We’ll be sending home things that nobody has ever seen through the rest of 2015 and into October of 2016,” says Alan Stern, principal investigator for the New Horizons mission. “We could be running down the hallways with huge discoveries 12 or 15 months after the encounter.”

The New Horizons mission is mapping the surfaces and surface compositions of Pluto and its moons as well as determining Pluto’s atmospheric structure, escape rate and composition. To achieve these goals, the spacecraft is equipped with seven unique instruments. The VBSDC (Venetia Burney Student Dust Counter), built by students at the University of Colorado, measures the amount of space dust that hits New Horizons as it travels across the solar system. A passive radiometer known as REX (Radio science EXperiment) measures Pluto’s temperature and atmospheric composition.

The SWAP (Solar Wind Around Pluto) and PEPSSI (Pluto Energetic Particle Spectrometer Science Investigation) both measure particles emanating from Pluto into space. The SWAP measures the escape rate of atmospheric gases and observes Pluto’s interaction with solar winds, while the PEPSSI measures Plasma ions that radiate out from the dwarf planet’s atmosphere. These two instruments can help us better understand how distant planets are affected by their host stars.

But the LORRI, Alice and Ralph are the most likely instruments to send home major discoveries. The LORRI (Long Range Reconnaissance Imager) is a black-and-white telescopic camera used for navigational purposes. It also provides high-resolution images of Pluto’s surface.

Alice, an ultraviolet spectrometer, is determining the structure and composition of Pluto’s atmosphere. It is also searching for atmospheres around Pluto’s largest moon, Charon, and other objects in the Kuiper Belt–the massive ring of icy objects orbiting the sun beyond Neptune’s orbit.

The most intricate piece of equipment on the craft is known as Ralph. “It is a very sophisticated instrument with a number of different capabilities including thermal mapping,” says Stern. Ralph consists of eight different cameras—four color cameras, three panchromatic cameras, and a composition mapping spectrometer. Ralph is taking a spectrum of tens of thousands of pixels, similar to a 3D image, of the surface composition to finally reveal what the surface of Pluto actually looks like, and what it’s made of.

Some of the most recent high-resolution photos of Pluto were taken by the LORRI at the beginning of the month, and color was added from data taken by Ralph earlier in the mission. These photos reveal a mysterious dark band that runs along much of Pluto’s equator, informally dubbed “the whale.” The contrast of these dark patches with brighter surface areas elsewhere on Pluto has piqued the curiosity of New Horizons scientists and eager onlookers alike. On the western end of the dwarf planet, this dark swath breaks into regularly-spaced circles, each hundreds of miles across. These circles appear to be similar to other surface formations in the solar system, craters or volcanoes for example, but New Horizons scientists are refraining from identifying these features until more detailed images are available.

Perhaps the most exciting possibility is that New Horizons will discover new moons orbiting Pluto. Two of Pluto’s moons were only discovered in the last four years–Kerberos in 2011 and Styx in 2012. The complex orbital behaviors of Pluto’s moons also make scientists wonder if there are more celestial bodies influencing the system with their gravity.

“Every time we’ve looked with more capability, new moons keep popping up, so we’ve gotten used to that trend” said Stern. “During the flyby, we’re going to look and see things much, much fainter than Hubble can detect from way back at Earth.”

The Possibility of Water

It is even possible that Pluto, out at the freezing edge of the solar system, has subterranean oceans.

“One of the biggest discoveries in my field is that the solar system is littered with oceans,” explains Stern. “The Earth is an oddball; it wears its oceans on the outside. The others have their oceans on the inside, below an insulating layer of ice.”

If Pluto has active geysers like those found on Saturn’s moon Enceladus, it will be clear that there is a vast ocean lurking below its surface. But there are other more subtle ways that New Horizons can detect a subterranean ocean on Pluto.

For example, if the ocean is not far below the surface, there will only be a thin layer ice. If this is the case, the shape of Pluto itself would be deformed by a few hundred meters, enough for the instruments on New Horizons to detect.

Ralph is also be taking a close look at Pluto’s topography for hints of an underground water system.

“It’s very hard to make strong relief features in a soft surface,” explains Stern. “If Pluto has an ocean, all of its topography will look like pancakes, like things that have slumped under their own weight. We won’t find big mountains, and a lot of the craters will look like circles instead of bowls.”

If liquid is discovered, the Pluto system would suddenly become a principal target in the search for extraterrestrial life.

New Horizons scientists believe that Charon could have a subterranean ocean as well. If liquid is discovered on one or both of these celestial bodies, the Pluto system would suddenly become a principal target in the search for extraterrestrial life.

“The possibility of life would be a topic of active discussion if we had evidence for an ocean,” Stern says.

New Horizons had a brief scare when a malfunction in the main computer caused the mission team to lose contact with the spacecraft temporarily. About 30 scientific observations were lost during this period. However, in a subsequent press conference, Stern said that when this data is weighted it only amounts to about one percent of the data New Horizons will collect–data taken at closest approach being the most valuable.

The New Horizons mission is completing the original reconnaissance of the solar system that began when the spacecraft Mariner 2 flew by Venus in 1962. But even this historic accomplishment is just another small step toward truly understanding the mysteries of the Universe.

Could we ever harvest resources from another planet? Is there alien life in our galaxy, or even in our very solar system? Can we even hope to travel beyond the planets orbiting the sun? We don’t know, and we may not in our lifetimes. But New Horizons is giving us our next set of clues.