Will there be horrible consequences? Live video right here 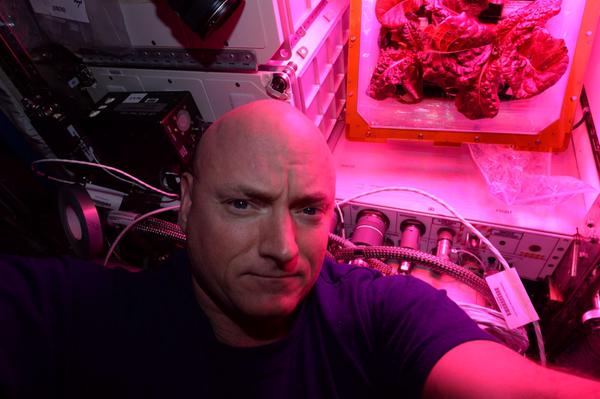 Update, 11:35am: Although the space lettuce tasting was originally scheduled for 11:15 am EDT, a spacewalk on the ISS has gone into overtime. It should be over soon though.

Space sounds like a pretty cool place to visit, but I’ve heard the food is bad. And if we’re ever going to make it to Mars without eating each others’ faces off, we’re going to need some food that isn’t freeze-dried and mushy.

Fresh food is important not only psychologically, but also nutritionally. That’s why NASA is learning to farm in space. Today at 11:15 am EDT, for the first time, astronauts are going to eat the first crops to be grown and harvested in space. You can watch it here:

The red romaine lettuce was grown on the International Space Station under red, blue and green LED lights. A test for bacterial contamination showed that the food is safe to eat. The astronauts will eat half of the harvest now, and send the rest back to Earth for further testing.

Personally, I’d prefer a cheeseburger, but space beef is a lot harder to grow. The research will pave a way toward human exploration of the outer solar system.

“The farther and longer humans go away from Earth, the greater the need to be able to grow plants for food, atmosphere recycling and psychological benefits,” Gioia Massa, a scientist with the Veggie experiment, said in a statement. “I think that plant systems will become important components of any long-duration exploration scenario.” 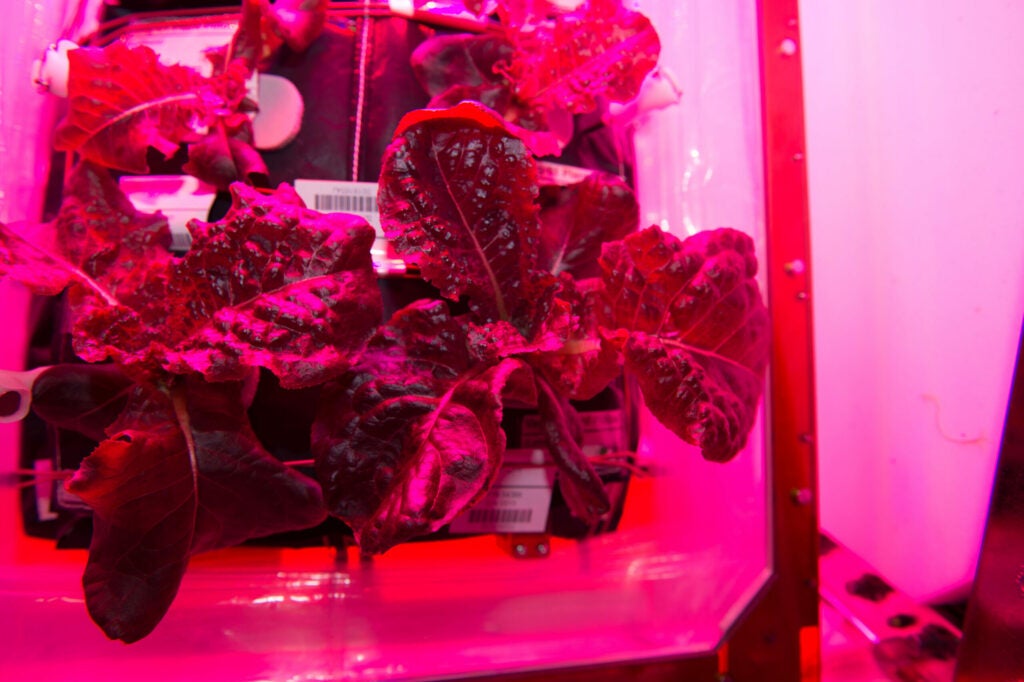 Lettuce grown aboard the International Space Station just before harvest

You’re looking at ‘Outredgeous,’ the name given to a crop of red romaine lettuce grown aboard the International Space Station — the first fresh food ever grown in space. Astronauts aboard the ISS are scheduled to take their first bite of microgravity plant matter on Monday August 10th, 2015.
food