How To Celebrate Thanksgiving On The International Space Station 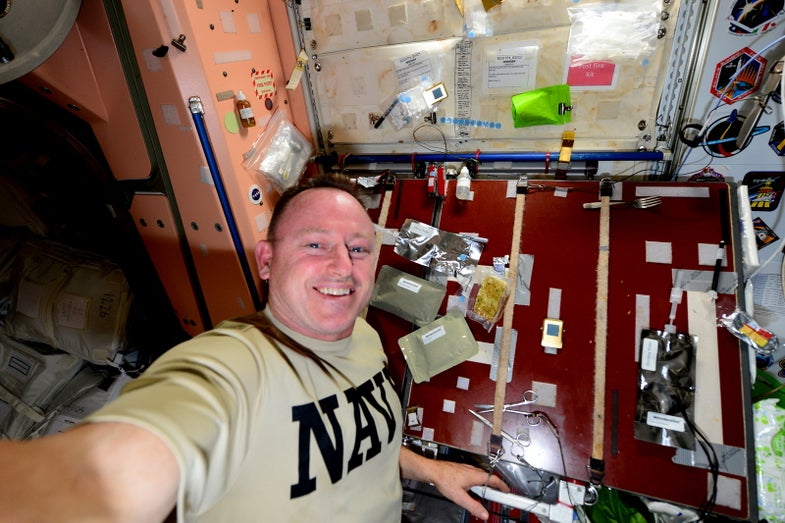 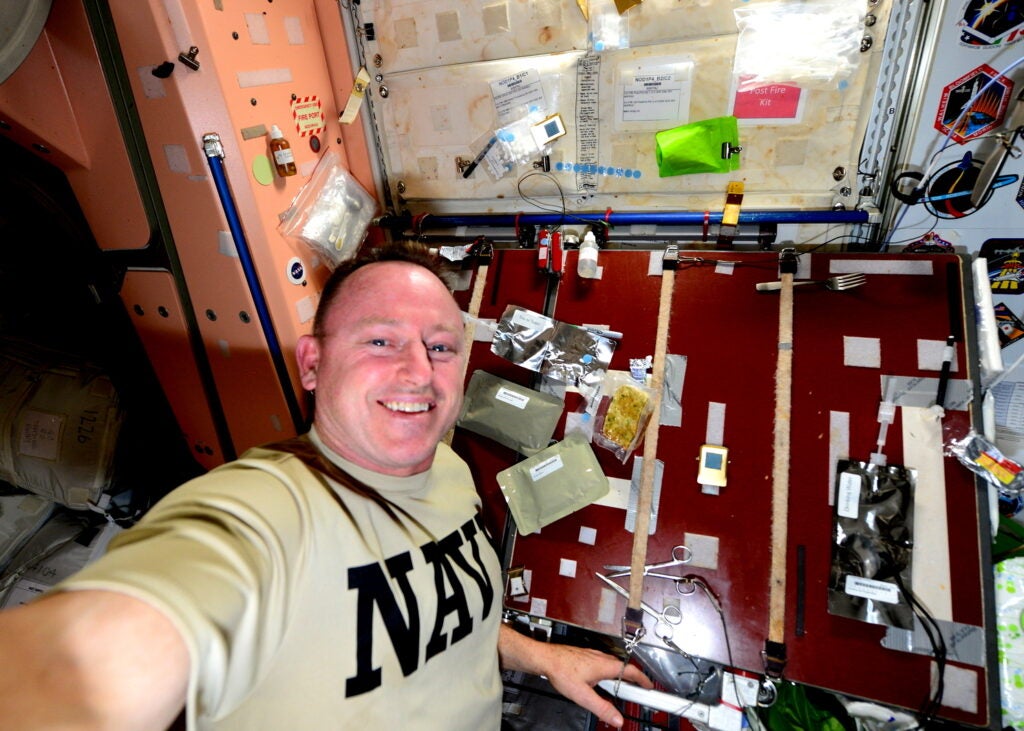 Hurtling around the Earth at nearly five miles per second, some 205 miles above where you might be sitting right now, crewmembers aboard the International Space Station plan to celebrate Thanksgiving in many of traditional ways that you or I might—only the turkey won’t be roasted, and the football may be floating.

To figure out what the holiday looks like within the confines of space, I reached out to Astronaut Barry E. “Butch” Wilmore, an active duty captain in the U.S. Navy and the current commander of the ISS. In between maintaining order of the 357-foot, 925,000-pound vessel, Wilmore let me pick his brain on spacewalking, the one Thanksgiving dish he’d love to have aboard the station, and what it’s like to see the entire world in a day.

Popular Science: Where are you?

Barry E. Wilmore: At this moment, I’m over South America. During any point of any day we could be over any place on the globe between 51.6 degrees north and 51.6 degrees south latitude.

Your first spaceflight was in November of 2009. Was it what you expected?

Yes and no. In life we approach “unknowns” with certain expectations, and it seems that rarely does reality meet those expectations. All aspects of spaceflight, however, seem to far exceed any and all expectations…the launch, life on orbit, as well as re-entry and landing.

You came to the International Space Station in September of 2014, and will be there until March 12, 2015. What will Thanksgiving look like this year?

Turkey! Albeit smoked, pre-processed turkey in a pouch. I’ll put into the food warmer for about 10 minutes before putting it on a tortilla with some additional condiments for flavoring. 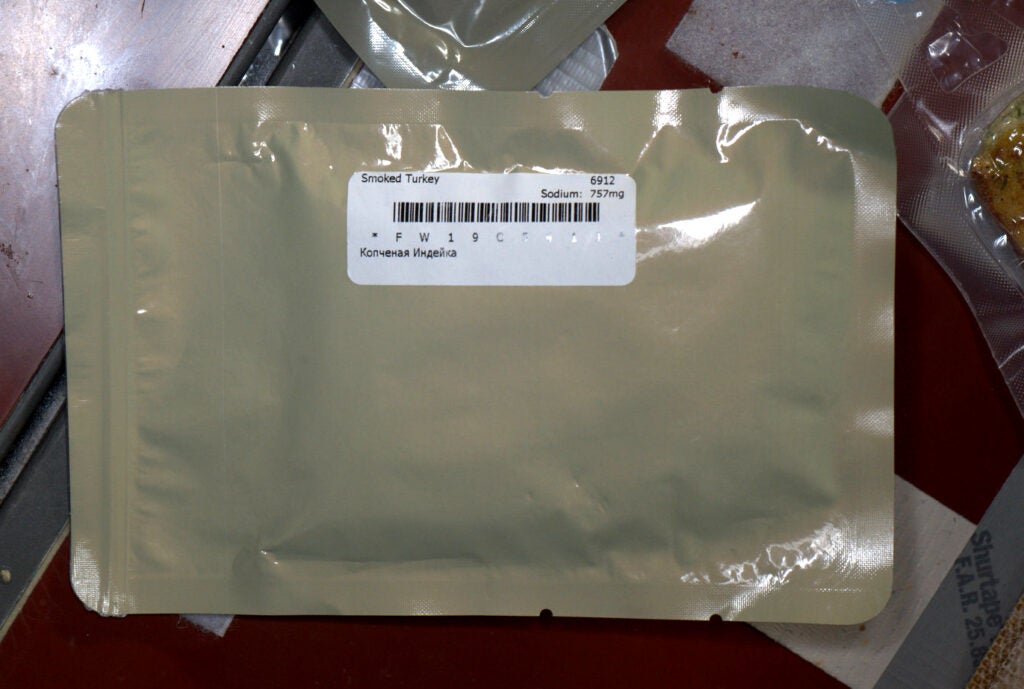 If you could choose one item from a Thanksgiving meal to have on board the International Space Station, what would it be?

[At home] the best part about the food at Thanksgiving is nibbling turkey while I carve. The next best thing, however, are leftover turkey sandwiches. If there were some way to get some moist white bread, a jar of Miracle Whip, a head of lettuce and leftover turkey up here, I might not come home.

If there were some way to get some moist white bread, a jar of Miracle Whip, a head of lettuce and leftover turkey up here, I might not come home.

Thanksgiving here on Earth is so much more than a meal: It’s about gathering with others, engaging in traditions and showing thanks. Is there anything you anticipate the crew doing, or are there any other customs or traditions you’ll try and observe in order to formalize the day more as a group?

The tempo of operations here don’t always allow us to do things together—such as have meals—but we’ll definitely spend some time together on this day to reflect on where we are and why we’re here. Perhaps we’ll each take a turn giving personal reflection and giving thanks much like many families do, including mine.

I know you played college football at Tennessee Tech. Have you got a football up there ready for a space variation of backyard Thanksgiving football? Will you be able to catch any games?

I do have a football, and yes, we are able to get live uplink of games when the communication coverage is available. Football, of course, has almost become a part of the annual tradition, and it’s very nice that we’re able to include it here as well. 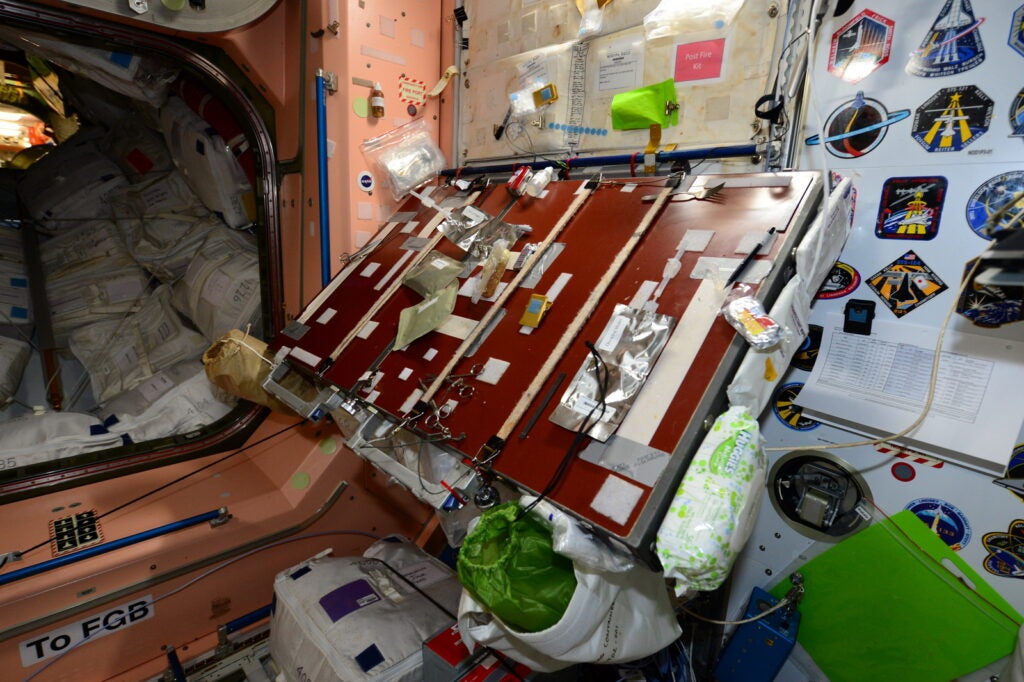 What are you currently working on?

The list is quite long, but here are some of the high points: various science payloads associated with zero-gravity effects on human immune system, muscle atrophy and calcium deficiencies, protein crystal growth, intraocular pressure potentially causing changes in vision, nano-satellite deployment, and spacewalks outside the station—I have two, or perhaps three, planned for early next year.

That’s right. You had your first walk in space this October—roughly 6.5 hours—something that you’ve obviously trained extensively for. But what was the most unexpected thing about it?

The most gratifying thing about the spacewalk was that everything we worked to repair and/or move powered up and is still working nicely. The most unexpected thing was the intensity of the light collocated with a camera on the U.S. Lab. On the dark side of the orbit it was brighter than the sun…blindingly bright!

Very few people in this world get to look out of the Cupola. How would you describe it to someone?

To adequately relay the emotion and true zeal contained in the view would take some adjectives that I’ve not been able to come up with as of yet. Perhaps “epic,” “awe-inspiring,” and “Oh my!” would be a good place to start.

What’s your favorite thing to look at?

Lightning at night. On my second night after arriving we flew over an area where in five minutes, I surmise it lightninged 15,000 times—and I’m not exaggerating. It was like watching an amazing dance. Most people don’t know that the majority of lightning occurs cloud-to-cloud…and thankfully so, since 15,000 lightning strikes in a condensed area would be catastrophic if they all hit the ground.

What’s the coolest thing about the ISS that you don’t think most people know?

I think most people realize what a special place this is, but the reality of all aspects of life here are so very difficult to convey. Words cannot adequately describe the feelings, emotion and nuances associated with just being off the planet and seeing the entire world in a day. 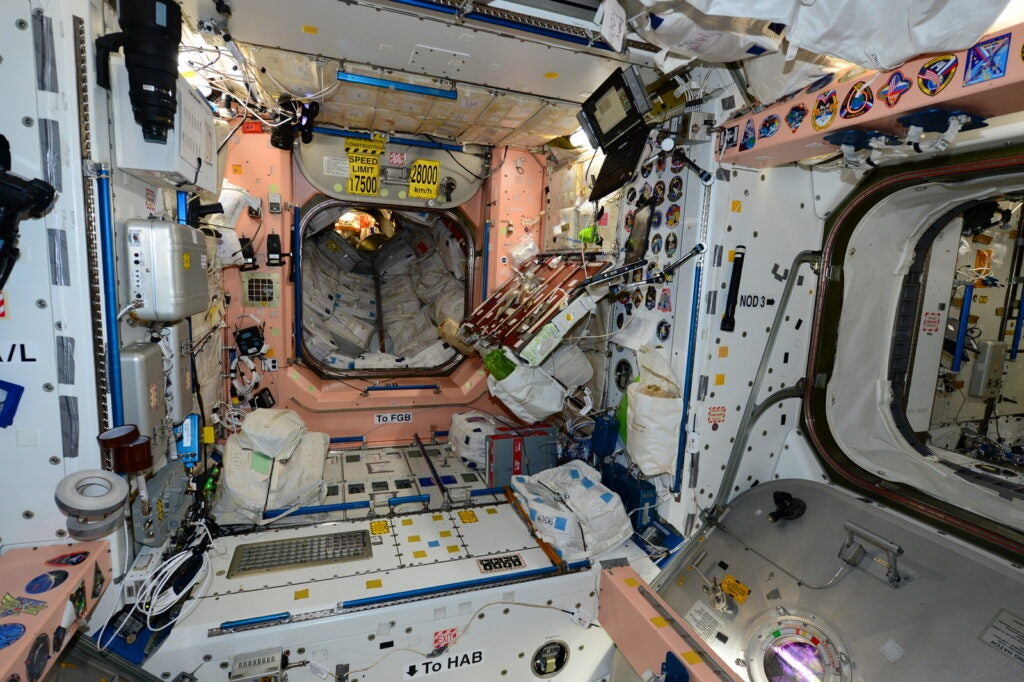 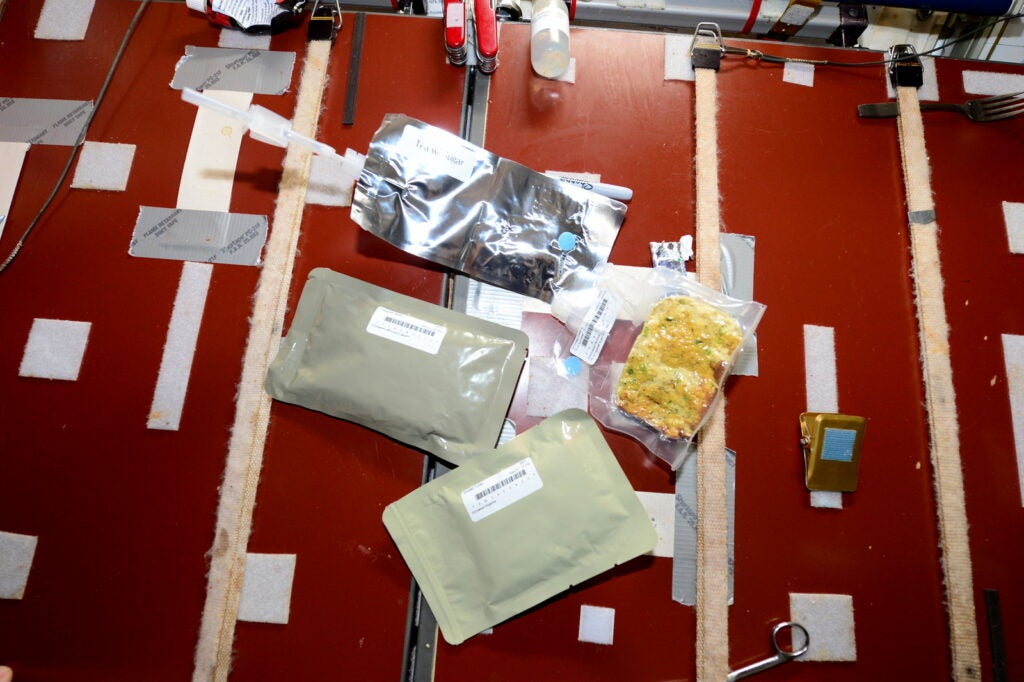 The Table Is Set 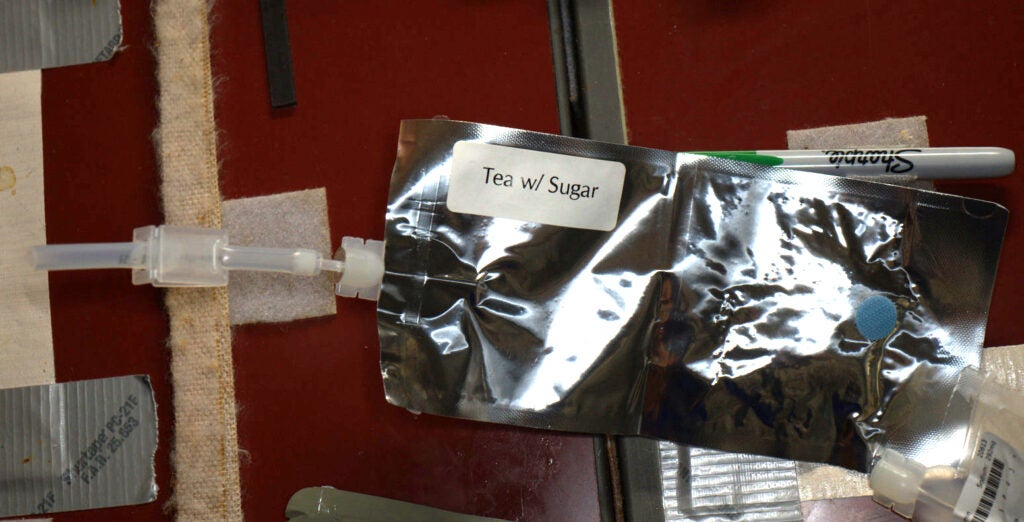 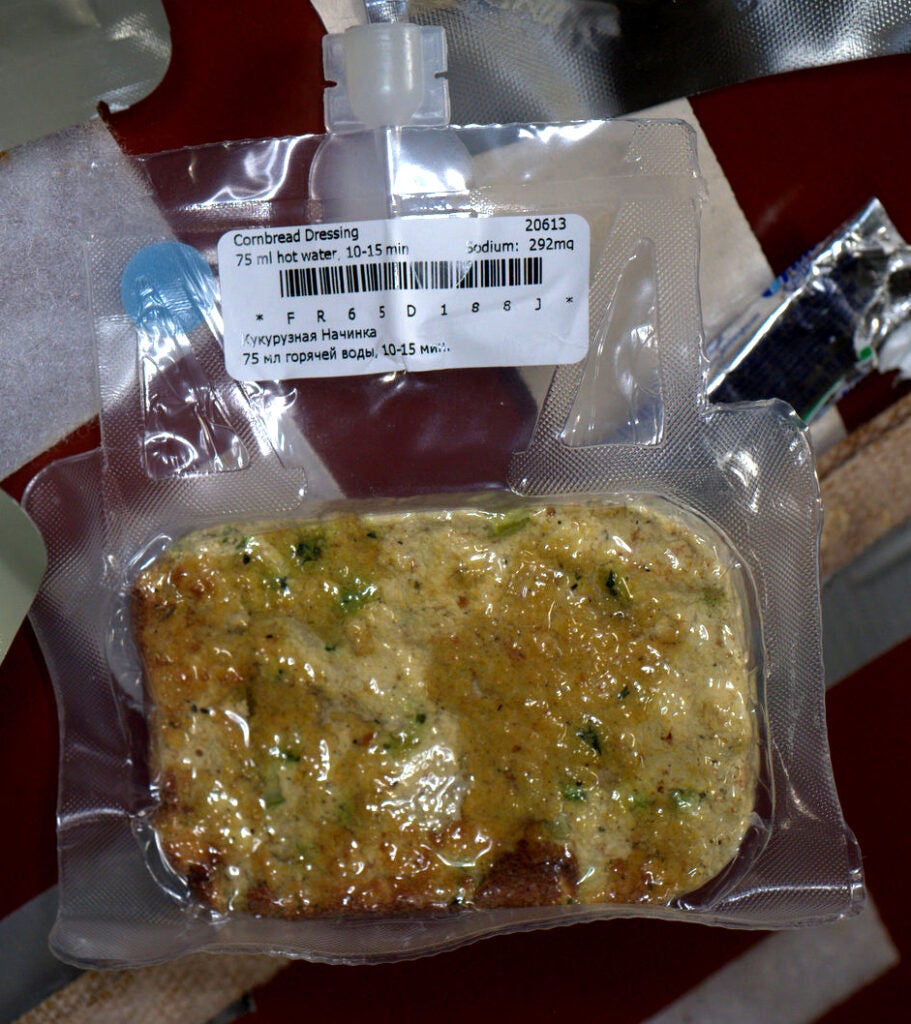 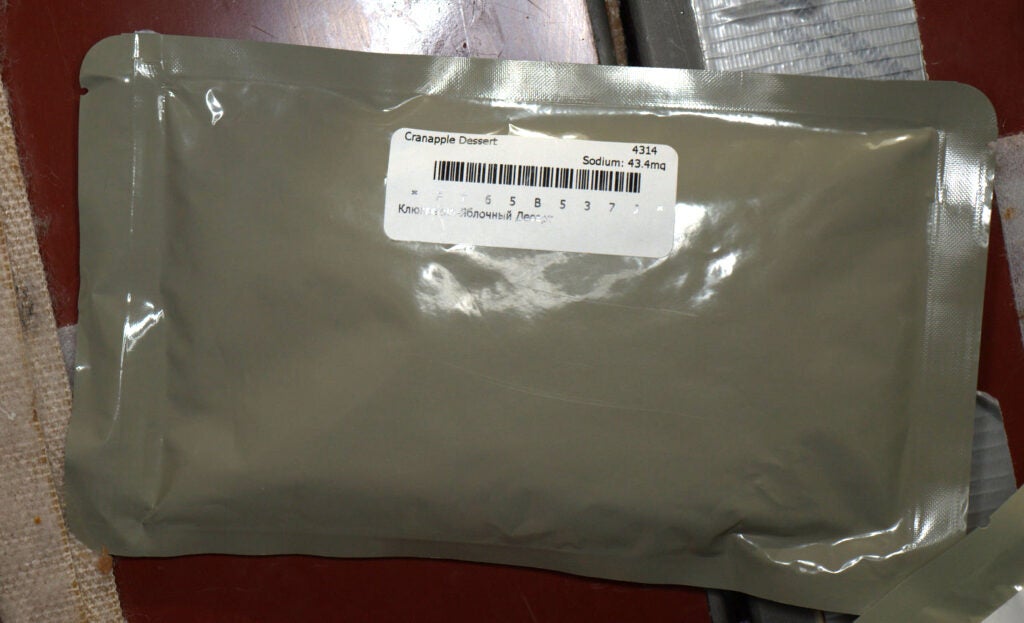