Some people’s brains make them hear color and taste sounds. Genetics may explain why. 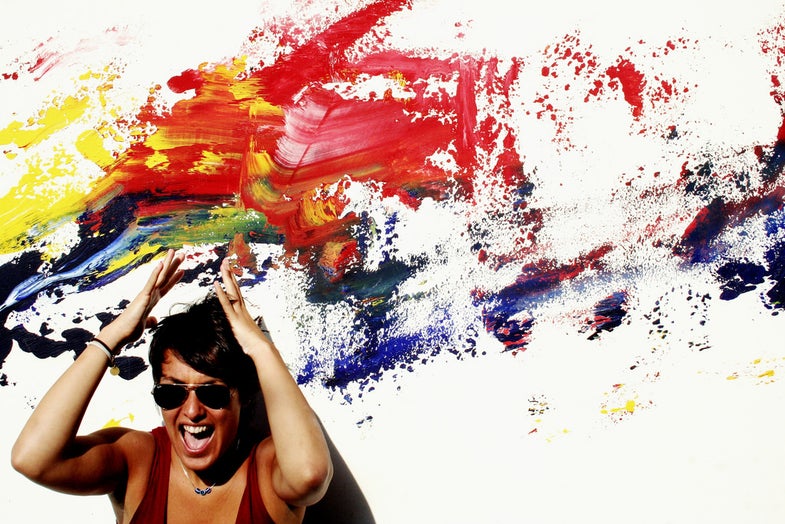 I remember the first time I was introduced to the concept of synesthesia. I was in seventh grade, sitting in the dark, watching an educational video about the neuroscience of the phenomenon in lieu of our typical life science coursework. A British woman with lexical-gustatory synesthesia appeared on screen to describe the way every name she’d ever spoken had a different taste. Many of the particulars of the documentary have faded in the decade since I last saw it, but I still recall the woman saying “the name Catherine tastes like chocolate cake.”

For years, I have wished (perhaps unfairly) that I had synesthesia, a rare neurological condition where senses enterwine. Synesthetes would likely tell me this was foolish; they sometimes report physical and psychic pain from their condition, which transforms mundane sensory experiences into unimaginable symphonies of sound or taste or light. But I, stubbornly, wanted to know the taste of my own name.

Unfortunately for me, synesthesia, which affects an estimated 1 in 2,000 people and typically emerges in childhood, will never find its way into my brain. Barring serious injury, my window for synesthesia, with all its poetic pain and promise, has long closed. While I’m no closer to spontaneously acquiring this condition, researchers are finally closing in on the molecular and genetic origins of this phenomenon.

Amanda Tilot is a researcher at the Max Planck Institute for Psycholinguistics in the Netherlands and the lead author of a new paper exploring the underlying causes of synesthesia, published this week in the journal of the Proceedings of the National Academy of Science. As you might have guessed, it’s all about connectivity.

“The first studies showing family trees with people who have synesthesia across multiple generations actually came out 130 years ago,” Tilot says. “The last 15 years or so have been really strong with a lot of great work coming out of the psychology realm in terms of understanding how synesthesia develops during childhood, how kids are making these connections, and how they’re represented from a psychological perspective.” But genetically, scientists knew next to nothing.

Tilot and her team decided to fill in the gap. They recruited three families who boast multiple members with sound-color synesthesia, and many (presumably disappointed) members without. Everyone in the family tree sent in a cheek swab and Tilot sequenced their DNA. First, the researchers looked for differences within the families. What genetic variants or differing procedures did all of the synesthetes in one family have that their siblings or aunts and uncles lacked? The researchers identified 37 genes of interest in total. But when they looked at the differences between the three families, none of those genetic variants were shared.

This was to be expected. “Previous work trying to find specific things that connect across small families had not had a lot of luck,” Tilot says. So they tried another tactic: “We decided to look at what types of biological processes do link the families.” Where the genes seemed fairly family-specific, perhaps, they hypothesized, the processes by which those genes formed or were used would be constant across synesthetes in different lineages.

To Tilot’s excitement, this proved exactly right. The new paper suggests the brains of people with sound-color synesthesia are unusually vibrant in one department: axonogenesis.

At its most basic, axonogenesis is the formation of new nerve cells called axons. Axons connect to synapses and help to transmit information across the brain. Everyone needs axonogenesis to live and think—without it, you wouldn’t be able to read this article. But in people with synesthesia, the process is turned up a notch.

While the visual cortex still sits at the back of the brain and speech production is still Wernicke’s domain, it seems the axons in people with synesthesia are stretching farther, especially in childhood when sensory capabilities are rapidly forming. That may be why language is experienced in terms of color, taste, or even spatial dimensions.

Of course, Tilot’s paper isn’t the final verdict on synesthesia—it’s just the beginning. More research is needed on families with high rates of the condition, as well as synesthetic individuals who have no known relatives with this quirk. More importantly, though, Tilot says researchers need to continue to work to understand the full spectrum of synesthesia, which manifests in dozens of different ways.

So far, Tilot’s research has focused on sound-color synesthesia, also known as chromesthesia, where people associate sounds with colors. Lorde, my favorite musician and sound-to-color synesthete, has talked about how, in her mind, each day of the week has its own color. Similarly, her music often references colors, which she associates with chords, instruments, and emotional experiences. Duke Ellington, Billy Joel, and Pharrell Williams also describe similar sensory perception.

But author Vladimir Nabokov and his mother both had grapheme-color synesthesia, where each letter has a shade or texture linked to it. The woman in the documentary I watched in middle school had lexical-gustatory synesthesia, where words call up tastes. And actor Geoffrey Rush, in addition to grapheme-color synesthesia, also experiences the spatial-temporal variety, which has been described as “time traveller” synesthesia. “I can say to my wife, ‘That play opened on Tuesday, May the 8th back in 1982,'” Rush said in an interview with Psychology Today “I can remember it had a position in my mind where 1982 is and where May is within that. It’s a kind of series of hills and dales.”

To further unravel more of this sensory mystery, Tilot and her team at the Max Planck Institute are recruiting synesthetes of the sound-color type for an ongoing study. Research on synesthesia of other stripes may one day follow. I would sign up, if I could. Instead, I’m stuck dreaming of the day that Lorde tells me the color of my name.