NASA Could’ve Prevented The Near-Drowning Of An Astronaut 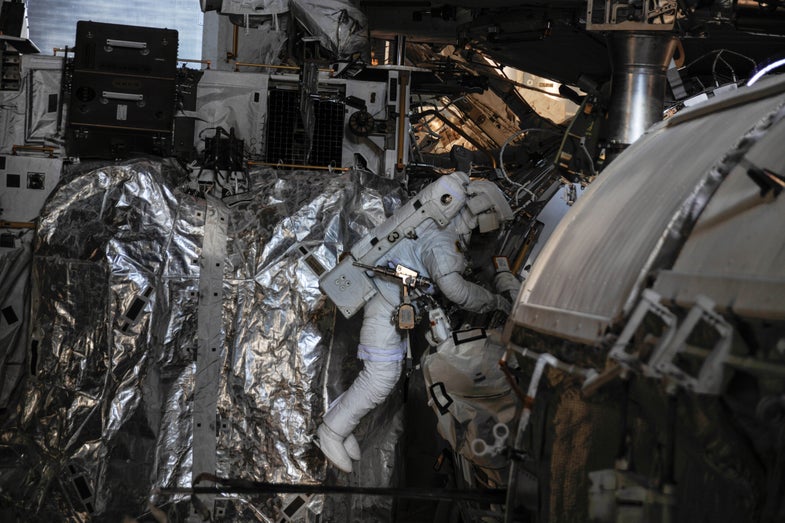 During a routine spacewalk outside the International Space Station in July of last year, Italian astronaut Luca Parmitano’s helmet began filling with water. “[T]he water covers my nose–a really awful sensation that I make worse by my vain attempts to move the water by shaking my head. By now, the upper part of the helmet is full of water and I can’t even be sure that the next time I breathe I will fill my lungs with air and not liquid,” he wrote about the ordeal in a blog post.

A review of the incident by NASA’s Mishap Review Board was ordered. Released today, the report details what happened, and how it might’ve prevented what the board’s chair, Chris Hansen, told reporters was one of the most dangerous spacewalk incidents ever. “This is probably the most serious one that we’ve encountered,” he said.

The report has yet to determine what the definite cause of the problem was–a more technical review of the hardware is still in progress–although the board and NASA engineers have singled out a buildup of aluminum silicate as a likely culprit. The material may have blocked the suit’s water-separating system, causing it to spill out into the helmet.

But the board was able to determine that the water-leaking had actually happened twice: first, a week before the more publicized incident. A misdiagnosis by the crew (they thought it was a leaky drink bag) went unquestioned by Mission Control, and turned into the more publicized issue a week later.

According to the report, the crew believed the drinking bags had been known to leak, and that slowing down the spacewalk so the situation could be investigated would be an unnecessary kink in the process. During the second spacewalk, when between 1 and 1.5 liters of water began filling the suit, the same idea prevented them from calling off the spacewalk as soon as water was detected.

The failure had never been found during the suit’s testing, William Gerstenmaier, associate administrator for NASA’s Human Exploration and Operations Mission Directorate, told reporters, and could’ve happened at any time. NASA Administrator Charles Bolden echoed that in a statement: “Despite our successes, what we do is inherently risky and difficult–and surprises can emerge when we least expect it,” he wrote, while acknowledging that a culture of “exuberance” that ignores small anomalies contributed to the incident.

Before spacewalks resume this summer, the board has asked NASA to take precautionary measures to ensure the safety of the crew. The measures range from the tangible (update hazard reports to include the incident, make sure all reports of water in a suit are fully investigated) to the more nebulous (create an atmosphere where the crew is comfortable challenging administrators on technical decisions, take steps to make sure both crew and control understands their roles).

“We’re going to learn from this event and make sure that we’re safer in the future,” Gerstenmaier said.

You can read the panel’s review in full here.