You Could Own This Freaky NASA Robot From The 1960s 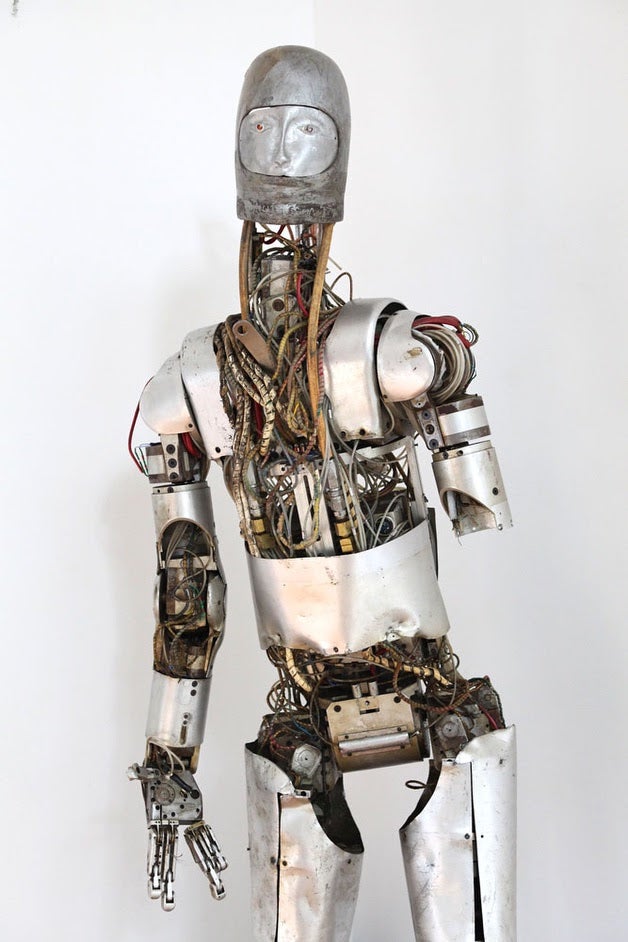 In the 1960s, NASA had a bunch of dummies working to bring humans to space. Well, it was just two dummies, really. Each ‘Power Driven Articulated Dummy’ was a 230-pound robot that NASA engineers designed to test space suits. One of the dummies now resides at the Smithsonian National Air and Space Museum, and the other is being auctioned off later this month.

Popular Science wrote about the dummies back in 1967. Controlled by an operator and driven by a circulatory system of oil inside tubes, each android could mimic 35 human movements, from arm and hand flexing to twisting at the waist.

The android was meant to measure the difficulty of working in a pressurized space suit, but it turned out the hydraulic system couldn’t move the robot’s limbs under pressure without leaking. The operators did, however, get it to dance like Elvis Presley, so it wasn’t a total loss.

This particular droid is a bit dented and is missing a forearm, but if you’re a wealthy collector of strange artifacts, be sure to stop by the auction in Boston on September 26.