The NASA 'human computer' made calculations for the Mercury, Apollo, and Shuttle programs 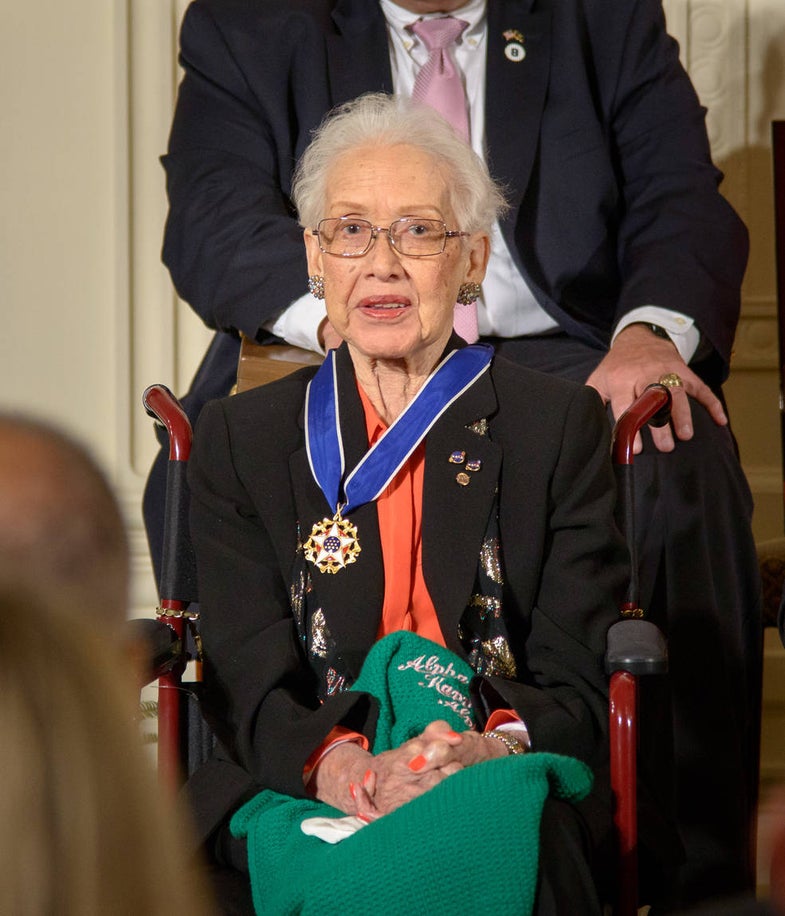 Katherine Johnson as she received the Medal of Freedom. NASA/Bill Ingalls
SHARE

Johnson played a pivotal role in the American space program. She was one of the first African-American women to work at NASA (and the agency’s predecessor, the National Advisory Committee for Aeronautics). A mathematician, she worked as a “human computer” performing calculations for the Mercury, Apollo, and Shuttle programs. A NASA biography of Johnson says she was so respected by her peers that “John Glenn requested that she personally re-check the calculations made by the new electronic computers before his flight aboard Friendship 7—the mission on which he became the first American to orbit the Earth.”

The last year or so has seen Johnson get a lot of the recognition she deserves. In November 2015, President Obama awarded her the Presidential Medal of Freedom, the U.S.’s highest civilian honor. This past May, NASA named a new building after Johnson on the 55th anniversary of John Glenn’s trip into space, since it would not have been possible without her.

In January 2017, Hidden Figures, a movie about Johnson and the other African-American women working as “human computers”, will hit theaters. Taraji P. Henson, who is portraying Johnson, and her castmates had kind words for Johnson on her birthday.

NASA named a bench after Johnson in February, but it is being installed today outside the Virginia Air & Space Center.

Thank you and happy birthday, Katherine!