It's bigger on the inside 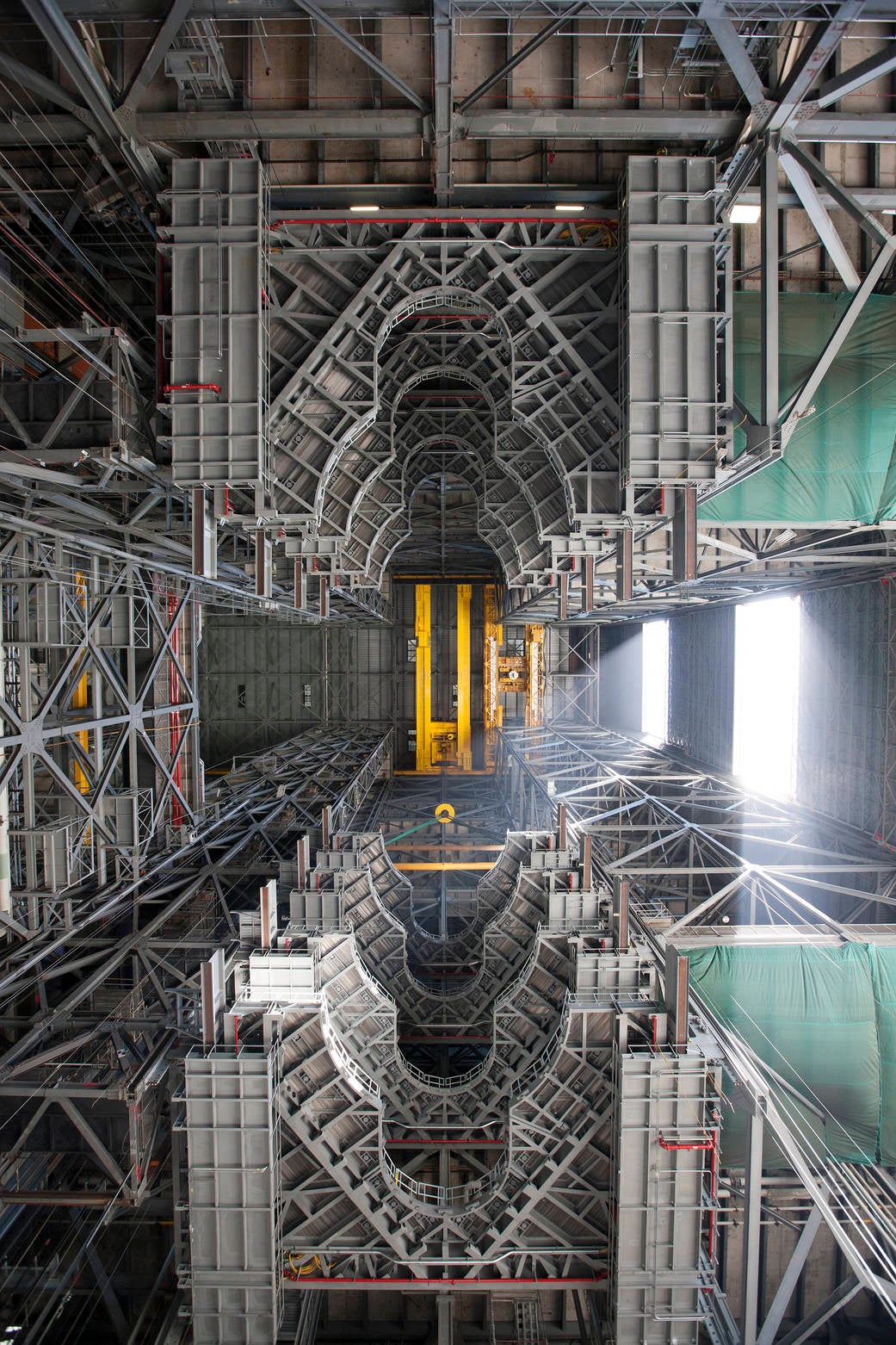 Platform G North being lifted and installed into the VAB. NASA/Kim Shiflett
SHARE

You’re looking up through the birthplace of the only spacecraft that have landed human feet on another world.

NASA published this photo of the interior of the Vehicle Assembly Building at Kennedy Space Center in Florida, showing off four new work platforms recently installed on the north and south sides of High Bay 3. The platforms will provide access to the Space Launch System rocket and Orion spacecraft for Exploration Mission 1. NASA’s in the process of sprucing up the VAB in preparation for Mars missions.

Built in 1966, the VAB is the tallest single-story building in the world. It sprawls over eight acres of land, and stands 525 feet tall.