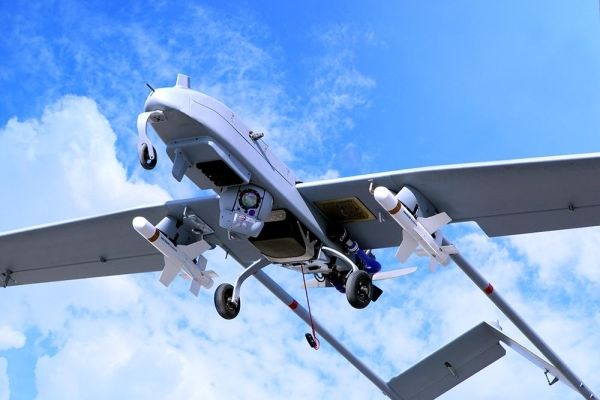 The small wars of the future may be fought with small drones to match. The Shadow drone, a light scout used by the U.S. Army, just successfully dropped bombs in a recent test. With American law now changed to allow selling armed drones abroad, America’s allies may finally get a drone bomber to match their smaller budgets.

It’s hard being the middle sibling of a robot family. Large drones like the Predator and Reaper catch headlines and combat deployments as they launch strikes abroad. Small drones, like the RQ-11 Raven, come with troops into battle, hand-tossed to look over the next hill. The RQ-7 Shadow, and its slightly larger Shadow M2 sibling, is instead an in-between tool. Used as an advanced scout for brigades, it supports a group already bristling with firepower, so in American military service there’s been no real push to arm them.

For other countries that lack the full size and scale of the American war machine, an armed Shadow could provide just the extra little punch they need for fighting against rebellions or insurgents. As Patrick Tucker notes at DefenseOne:

The armed version of the Shadow carries just a couple of bombs, but the Predator itself only started with two missiles. (The larger reaper can carry up to four). For a country with a small defense budget, the Shadow may just be the tool they need.