The Army Retires Its Oldest Drone

Hunters out, Gray Eagles in 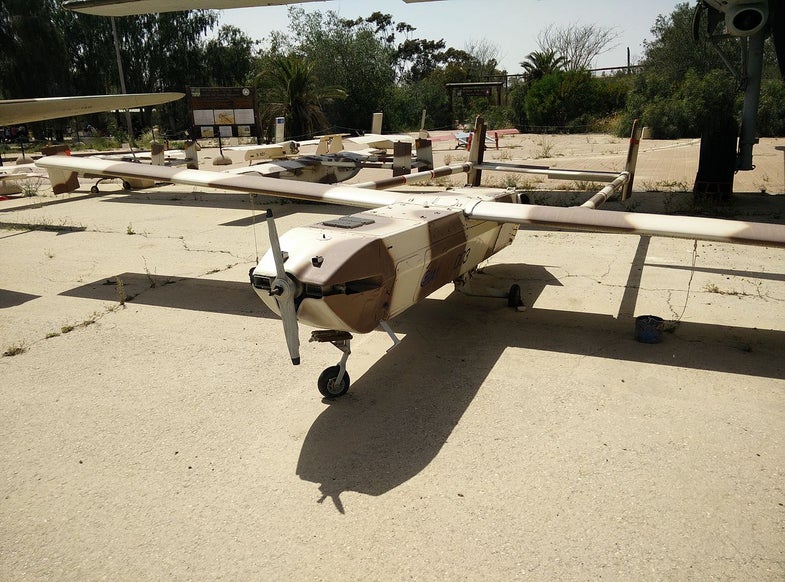 Before the General Atomics Predator and Reaper drones defined the skies of the War on Terror, the modern drone age began, modestly and without fanfare, in the early 1990s. Designed by Israel Aircraft Industries and in the United States maintained by Northrop Grumman, the MQ-5 Hunter was canceled in 1996. But soon enough war called it back. Flown in support of American forces in Kosovo in 1999, the Hunter remained active ever since. After 22 years in military use, it’s finally retiring from service.

The Hunter, known as RQ-5 when unarmed and MQ-5B when equipped with small Viper Strike guided bombs, could fly for over 12 hours at over 15,000 feet. It’s short range made it a good fit for the army, who could send one on a scouting mission 80 miles away.

The Hunter could also relay controls to a second Hunter flying further ahead, giving it an effective range of 160 miles. It could fly for between 12 and 18 hours at a time. With a puller propeller in the front and a pusher propeller in the front, the drone was a simple, rugged workhouse scout. When Russian forces captured Crimea from Ukraine in 2014, they even claimed it was a Hunter that they shot down (The Pentagon denied this claim).

Replacing the Hunter will be the Gray Eagle, a Predator-derived drone that the Army first used in Iraq in 2010. The larger drone can fly for up to 24 hours, at altitudes of 29,000 feet and with a top speed of 190 mph. Instead of guided bombs it carries four Hellfire missiles. Operating a squadron of between 9 and 12 of the Gray Eagles takes 128 people. The drone has a range of almost 250 miles, which lets it cover far more sky than even linked-up Hunters.

The Army’s retirement of the Hunter means that it is moving on to different drones, but that doesn’t mean Hunters are done with the War on Terror. As UPI notes: “The Army is transferring MQ-5 Hunters at Fort Hood to government-owned, contractor-operated units supporting U.S. operations overseas.” That means the Hunter will still be spotted in the skies above conflict zones around the world for years to come.