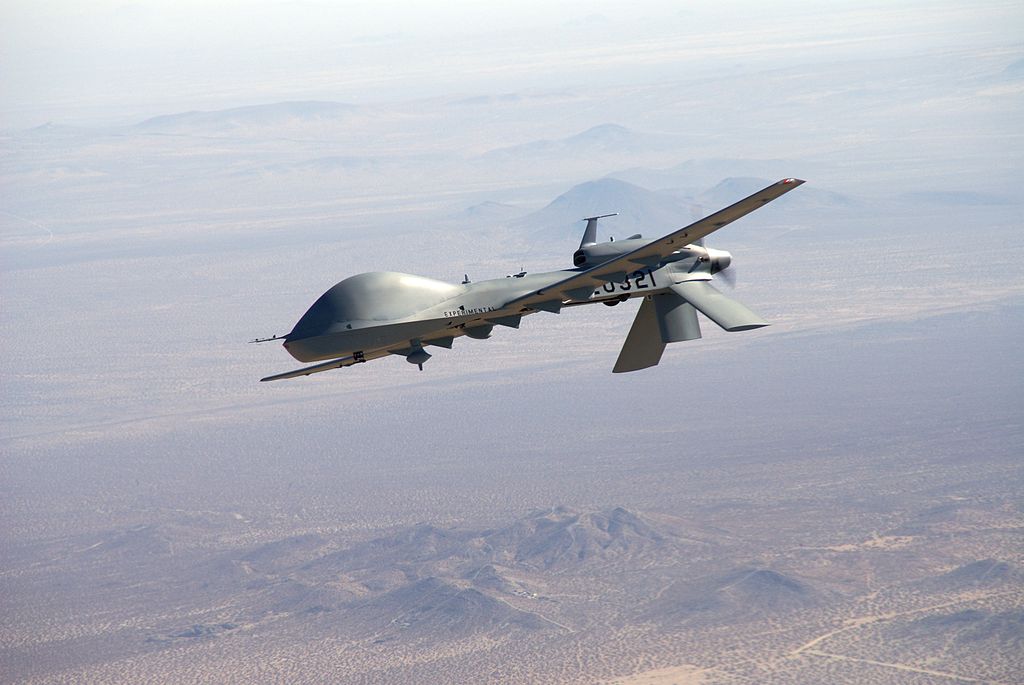 In the far Western corner of Texas, where the state almost spills over into New Mexico, the U.S. Army is building an airport for drones. Located within Fort Bliss, the new 150 acre complex will have a 50,000 square-foot hangar, a 5,000-foot runway for Gray Eagle drones, and a 1,000-foot runway for Shadow drones.

The Gray Eagle is the Army’s specific advanced version of the iconic Predator drone, which has a distinctively larger head housing more sensors than its predecessor. The Eagle can carry four hellfire missiles, twice as many as the Predator, and it can do so 4,000 feet higher in the air while traveling about 50 mph faster. To do all this, the Eagle loses some endurance speed, lasting a maximum of 25 hours in the air, well below the Predator’s 40. And the Eagle hasn’t been without its growing pains, including faulty circuits and an early underwhelming performance. The Gray Eagle is still a young drone — first deployed in Afghanistan in 2012 — and working from a drone-specific airbase should let the Army better understand and improve its vehicle.

Also present at the new drone base will be the Shadow drone. Smaller and lighter than its armed brethren, the Shadow is a scout that can fly for relatively short endurances while a camera pod in its belly scans the horizon for armored vehicles or other threats. Because the Shadow is about a third the length of the Eagle and about a quarter the wingspan, having both drones in the same sky and same airbase means the Army will get to figure out one of the bigger challenges of drone aviation — incorporating plane-sized aircraft with smaller vehicles, safely. To this end, the Army will have something of an advantage: The planes will fly in restricted airspace.