A drone mothership. You know, for defense. 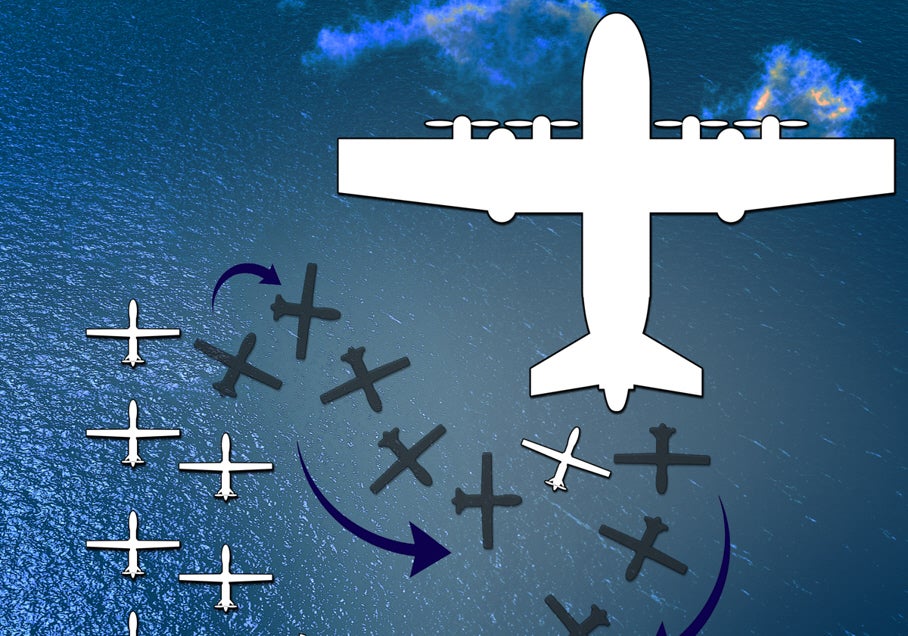 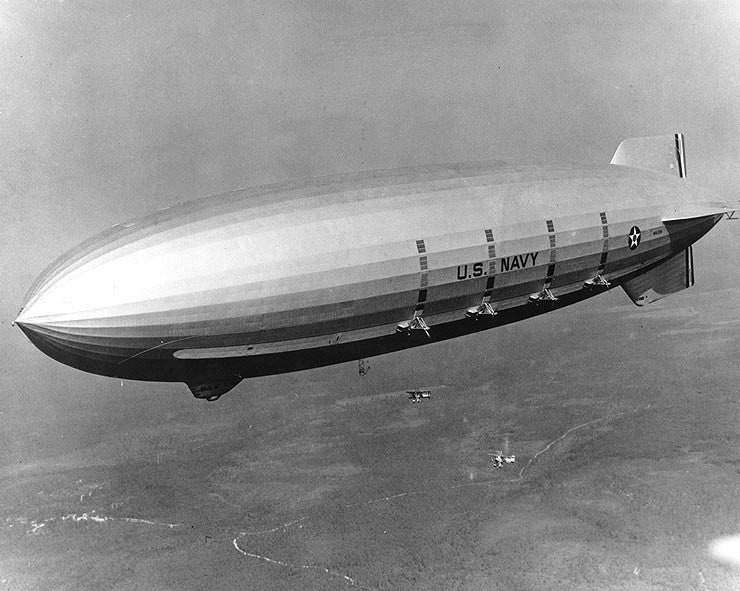 Apart from America’s nuclear arsenal, the 10 active aircraft carriers of the U.S. Navy are the most powerful single units of military might in the world. While the combined ranges of ships and planes mean carriers can place bombs on most of the Earth’s surface, the ships are still limited to operating in water. Air, however, covers all of the earth, and a new request from DARPA wants to bring carriers to anywhere there’s sky.

Flying aircraft carriers are more common in fiction than in real life. The most iconic is likely S.H.I.E.L.D’s Helicarrier, a giant airborne base introduced in the mid-1960s and seen on film recently in both The Avengers and Captain America: The Winter Soldier. The craft relies on power sources beyond current human ability to provide thrust roughly equivalent to that of 70 space shuttle booster rockets firing at once. Lifting an aircraft carrier, its human crew, and a squadron of human-piloted fighters takes a lot of energy. It’s much easier to float on an ocean and let the water do the lifting than it is to make such a craft move through the air.

In fact, when the United States previously tried constructing airborne aircraft carriers, it used rigid airships that floated in the sky. Built in the late 1920s and early 1930s, the USS Akron and its sister ship the USS Macon were zeppelin-like craft designed to carry a small squadron of biplane fighters inside the airships. Here’s how Popular Science described the carriers in 1929:

Following a disastrous crash of the USS Akron, the program was canceled, but the idea of airborne aircraft carriers remained, even reemerging in the 1970s when the U.S. Air Force considered adapting Boeing’s large 747 airliner into a small fighter hangar and mothership. 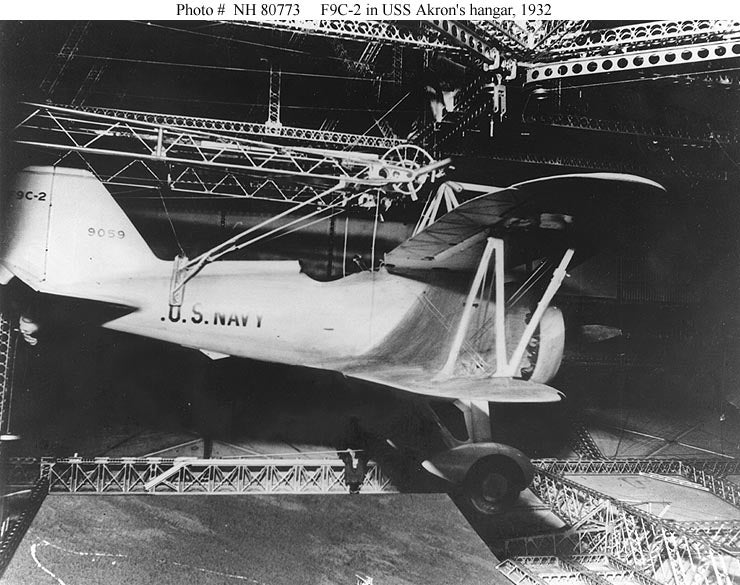 This is a fighter stored inside a rigid airship.

But making an airplane that carries airplanes that carry humans is hard. The technology and controls for small, unmanned aircraft are significantly more advanced now than at any time in history, and especially the previous eras of airborne aircraft carrier design. Last week hobbyists at Flite Test showed off an in-the-works remote control quadcopter helicarrier project. To make this flying runway work, a drone takes off from another drone. Both craft are remotely piloted by humans on the ground.

While earlier airships and cinematic helicarriers were gigantic, sky-filling behemoths, DARPA’s approach and requests suggest something smaller, designed less for winning aerial battles and more for placing surveillance craft over relatively safe skies. Their concept art features a cargo aircraft similar to the military’s workhouse C-130 releasing a series of drones that, while similar in outline to existing Predator and Reaper drones, are deliberately generic. 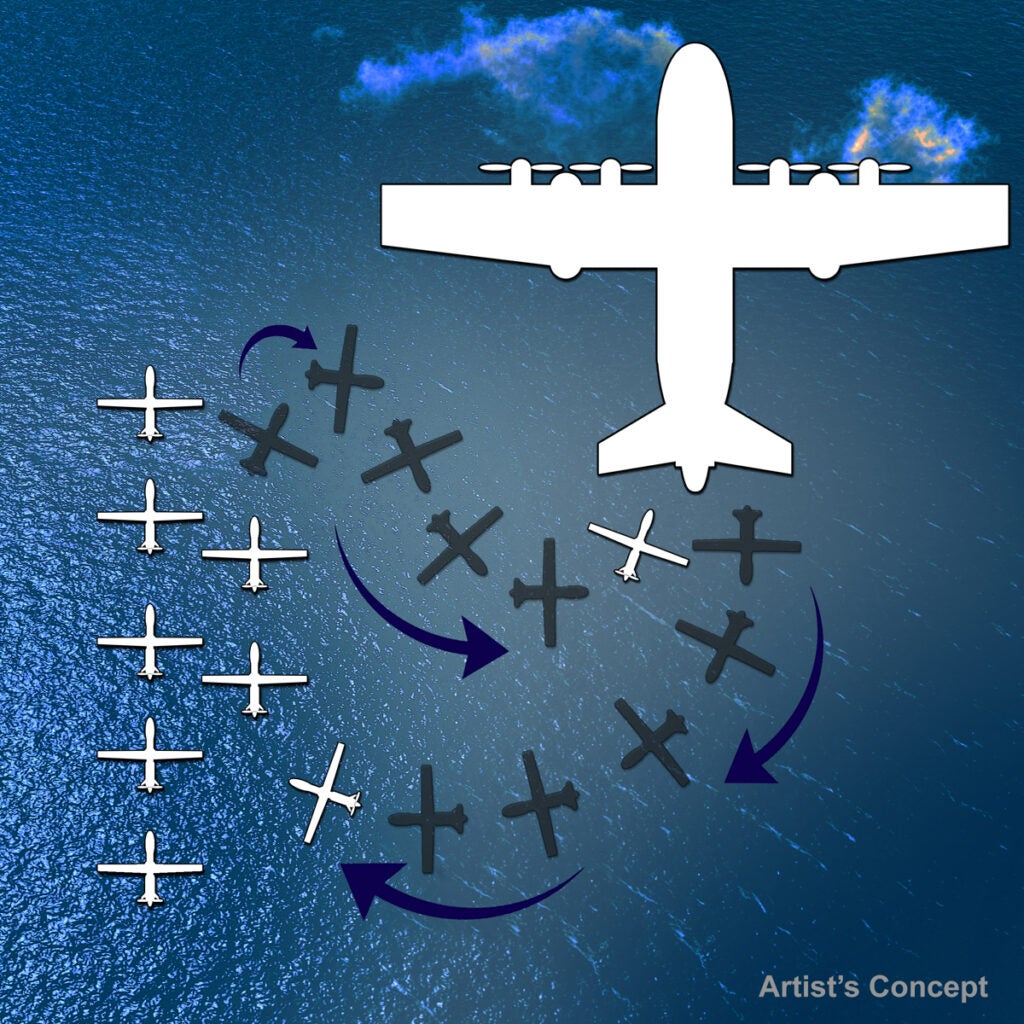 While a flying aircraft carrier invariably comes at some price, DARPA is already making an effort to keep the cost of the project low: 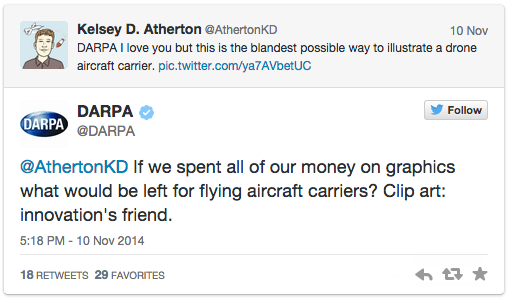