Drones Fight Back Against Laser Weapons 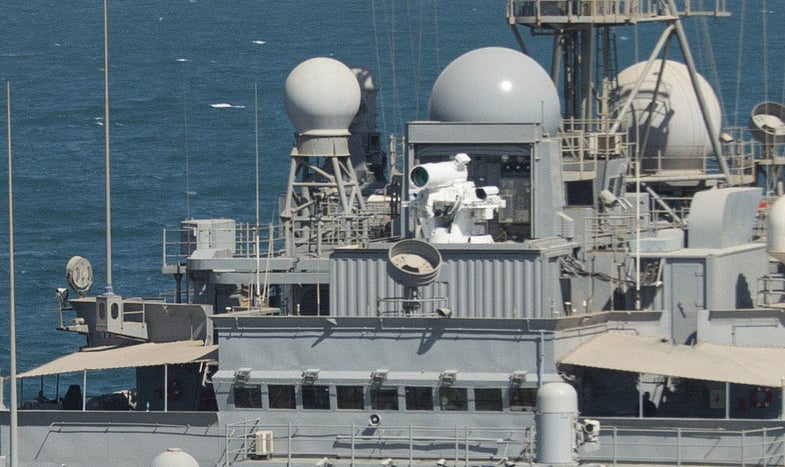 Back in 2014, a laser gun (the Laser Weapon System, or LaWS), went into service on the warship USS Ponce. Created as a defense system against drones, more laser weapons are making their way to the battlefield. But there’s a problem: Their flying targets have begun to defend themselves.

It was back in 1973 that an Air Force experimental laser first shot down a drone. Ever since, drone targets have been used to prove that laser weapons can effectively take down airborne objects. Lasers are still too weak to be effective against ships, tanks, or planes—but drones, which are smaller and lighter, make for easier prey.

Today, miniature kamikaze drones that can deliver explosives to a target, like the US Switchblade, are being used in warfare all over the world. Many nations, including China and Russia, make or export them, while groups like ISIS have developed homemade versions.

As these flying weapons grow in popularity, engineers are developing defenses against them. Lasers, with their pinpoint accuracy and low cost-per-shot, look like the ideal way of zapping a swarm of incoming drones. That’s why DARPA, the Israeli defense manufacturer Rafael, Boeing, and others are investing in counter-drone lasers. 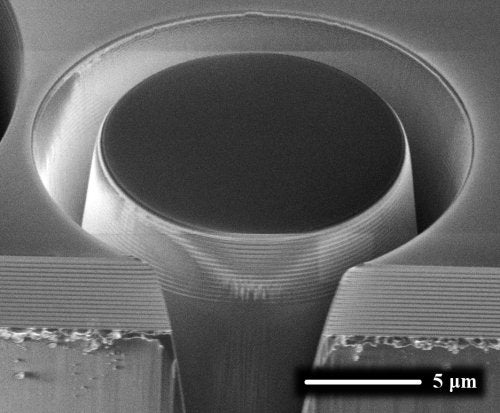 This closeup shows a round fragment of dielectric mirror being cut out of a larger piece. The many tiny layers (visible along the bottom edge) that make up a dielectric mirror give it a reflectivity of up to 99.99 percent, allowing it to effectively deflect lasers and protect drones.

But developing these lasers takes time—which has given researchers a chance to protect drones in new ways. The Office of Naval Research (ONR) leads in this field: Its Counter Directed Energy Weapons program focuses on countering high-energy laser, microwave, and radio-frequency weapons. One of their simplest solutions? Cover drones in mirrors.

Ryan Hoffman, Counter-Directed Energy program manager, says that mirrors protect well against low-power lasers. “However, reflective surfaces are not 100 percent reflective,” he says. “The small amount of laser energy that’s absorbed will heat the mirror and cause damage.”

To avoid this, drones will require a superior mirror. Dielectric or Bragg mirrors are composed of many layers of dielectric material (a type of insulator), with precise spacing between each one. By adjusting the layers, engineers can create a mirror with a reflectivity of up to 99.99 percent. That reflectivity, however, only works for a specific, narrow range of wavelengths.

“Protecting against all wavelengths would be ideal, but difficult,” Hoffman says.

Fortunately, most lasers operate on a single wavelength, so a dielectric mirror would work as long as drone operators know what type of lasers they will be facing. Instead of a built-in layer, perhaps dielectric mirrors could be applied as spray-on coatings, which could be applied at short notice to defend against specific weapons. The Navy’s work is under wraps, but the Air Force has funded research into making such coatings from engineered nanoparticles.

Mirrors aren’t the only drone-saving method that the ONR is considering. Ablative materials, which can absorb laser energy and use it to transform into a gas, could provide a protective coating around a drone. The laser strike would hit the ablative material and vaporize it, without dealing serious damage to the target underneath.

Another option would be to make sure heat moves very slowly through the drone’s body, a method called thermal transport delay. As a cardboard holder around a coffee cup protects your hand from the hot liquid, layers of insulating materials and air gaps around a drone could prevent laser energy from reaching the vital parts of the drone and causing real damage.

Reflective coatings, ablative materials, and thermal transport delay all slow down a laser’s harmful effects. Lasers already work fairly slowly—the latest test of Boeing’s anti-drone laser took fifteen seconds to bring down a UAV—and protection will increase this ‘dwell time.’ If a drone swarm approaching at 120 mph is engaged from two miles away, the defenders have one minute to stop it. The Navy’s new LOCUST attack drones come in swarms of thirty, so a laser will have to zap them much faster not to be overrun. Even more powerful lasers may not be able to track, lock onto, and destroy swarming drones fast enough.

A more low-tech ONR approach involves ‘obscurants and atmospheric degradation.’ Many lasers are badly affected by smoke and dust, like headlights made useless by fog. It might be possible to disable laser weapons simply by lobbing smoke bombs upwind. The Chinese military may also be investigating this approach.

Further down the road, exotic substances like metamaterials might completely protect military drones from lasers. Metamaterials, which can bend light around an object, are part of the ONR’s portfolio, but are still early in the development process. Current metamaterials only work against low-power lasers—they will require many more years of research in an academic setting before they’re ready to go up against current high-energy laser weapons in the field. 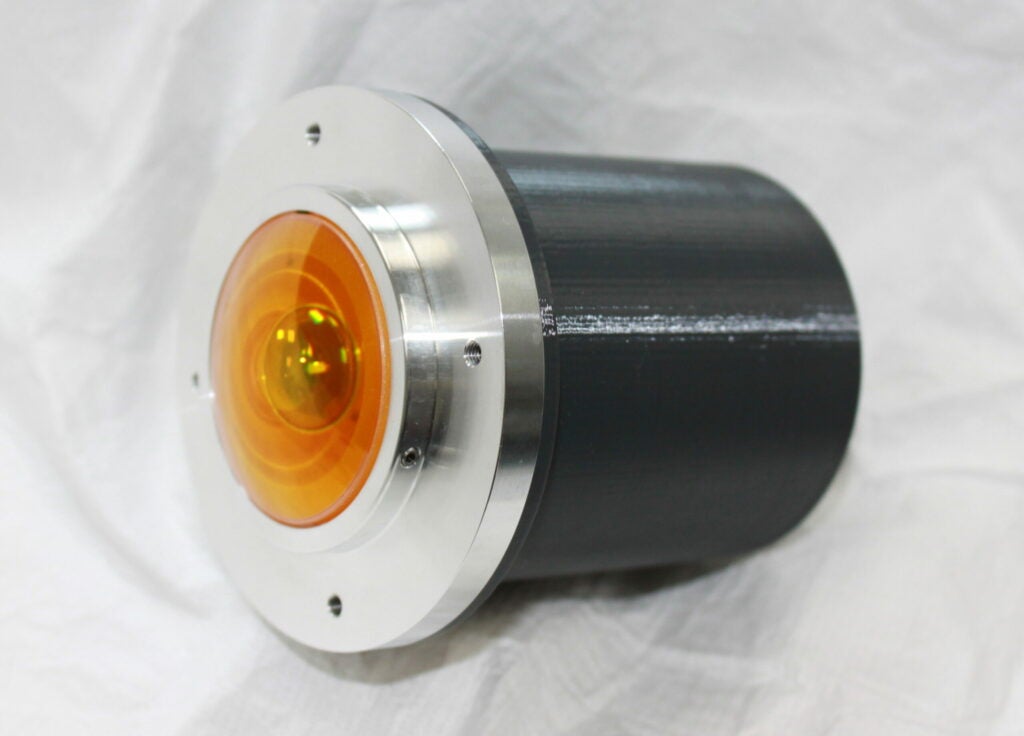 This hardened sensor can be mounted on drones to detect incoming laser beams and trace their sources. It works with another sensor and a countermeasures package as part of the Helios drone defense system.

Perhaps the most ambitious counter-laser project is Helios, a defensive suite for small drones originally developed by Adsys Controls under a Navy contract. Helios consists of two sensors and a countermeasures package. The hardened sensors detect the incoming laser and track its source. The countermeasure element then targets the laser source with another laser, not to destroy it, but to confuse it.

Lasers rely on reflected light to tell whether they are focused on the target. The light from Helios’ countermeasure confuses and disrupts the laser’s beam control, preventing it from focusing enough energy on the target to cause damage. Brian Goldberg, CEO of Adsys, says that Helios does not just buy time but provides complete protection from high-power lasers. The system has a constantly updated database of anti-drone laser threats, and protects against all of them.

“I don’t see things going outside of our capability any time soon,” says Goldberg. The military may agree: Adsys is in discussion with an unspecified U.S. military customer to develop the prototype into a production item.

If laser weapons were our only defense against drones, we might be in trouble. New laser weapons take millions of dollars and many years to reach service, whereas small drones are cheap and evolve fast. The real battle between drones and lasers has not even started, but the odds already seem stacked in favor of the drones. Luckily, we still have a few other defenses against them.