An electronics-killing ray has a variety of uses in war. 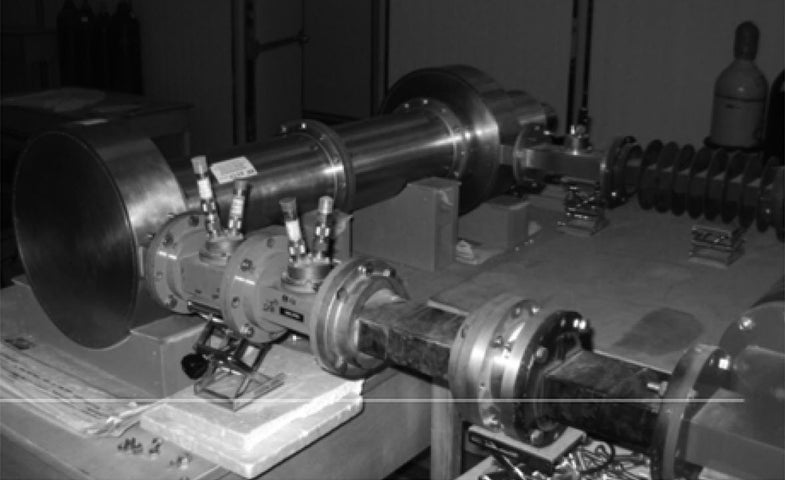 For over 6 years, Huang Wenhua and his team at the Northwest Institute of Nuclear Technology in Xi’an have been working on a potent microwave weapon. This one, which recently won China’s National Science and Technology Progress Award, is small enough to fit on a lab work bench, making it theoretically portable enough for land vehicles and aircraft.

Said another way: it’s small enough to be convenient, but powerful enough to totally down enemy electronics. A microwave weapon like this could even be fitted to a missile (like the U.S. CHAMP electronic warfare missile) or drone.

Generally, microwave weapons shut down electronic systems (even those with traditional shielding against EMP) by bombarding the target with energy pulses between 300 and 300,000 megahertz. This amount of directed energy interferes with and overloads electronic circuits, causing them to shut down. The higher the energy produced by the system, the greater the disruption (and even physical damage for some very high-powered microwave weapons) of the targeted electronic systems like engines and communications systems.

China can find a wide variety of uses for an electronics killing ray. Defensively, microwave weapons could be part of electronic warfare booby traps, ambushing and disabling enemy vehicles and robots. At close ranges, it can be mounted on vehicles, warships, and even aircraft, to disable and distract missiles, small UAVs and even the personal and vehicular electronics of hostile forces.

But the real combat potential of the microwave weapon comes in offense. Carried in by a stealthy drone or cruise missile, it would be able to disable sophisticated enemy defenses like SAM and anti-ship missile batteries; fry enemy radars, communications, and control systems; paralyze tank battalions; and even neutralize other EW platforms.

EMP/high powered microwave cruise missiles, like the CHAMP, built by Boeing for DARPA, can sneak into enemy airspace to disable a wide range of C4ISR, air defense, missile and armored targets, even in some cases destroying electronic systems permanently. Such systems will become a necessary part of 21st-century warfare.