Here’s how China is battling drones

There’s no shortage of targets. 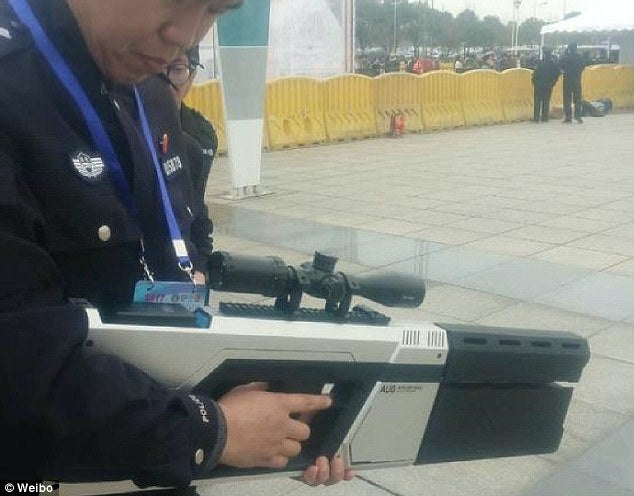 At a March 11 soccer game in Wuhan, China, police faced a new kind of threat: drones trespassing near the stadium. Their response was to use a new kind of weapon: an anti-drone gun that jammed the control signals, forcing the trespassing drones to land automatically.

Given China’s role as a global leader in consumer drone and military unmanned aircraft systems (UAS) exports, it only makes sense that China is also developing a range of anti-drone capabilities to stop unauthorized or hostile flying robots from coming over sensitive or vulnerable sites. In the case of Wuhan, the jammer “guns”—known as such not just because they “shoot” but also because they look like an assault rifle—cost approximately $19,000, and can reportedly jam control signals up to a kilometer away (though that figure assumes that the user has exceptional aim). Impressed with its capabilities, Wuhan police intend to buy more.

The weapon is only one example of anti-drone tech. Comparable American jamming rifles, like the Battelle Drone Defender, are already used by Coalition forces in Iraq looking to shut down ISIL quadcopters used for surveillance and grenade attacks. Meanwhile, some European forces have gone for more novel solutions, like training eagles to attack errant small drones.

This anti-drone gun isn’t China’s only jammer, either. The country is already selling truck-mounted laser cannons: the Low Altitude Guard and the higher powered Silent Hunter. The Silent Hunter uses a laser to zap ground and air targets up to 4 kilometers (about 2.5 miles) away, and at closer range is powerful enough to threaten lightly armored vehicles. The government used the Silent Hunter to protect the September 2016 G20 summit in Hangzhou, Zhejiang province. Such “hard kill” systems would be necessary to fight future autonomous drone threats, which won’t be so easily disabled by jammed communications.

The current use of drones by militaries and everyday citizens, coupled with the promise of AI-enhanced and networked platforms, suggests that we will see more technology and incidents of the kind shown off at Wuhan. Put another way: security forces of the future will have their hands full devising news measures against a growing robotic threat.