The South China Sea Arsenal: These Are The Chinese Weapons Deployed On Disputed Islands 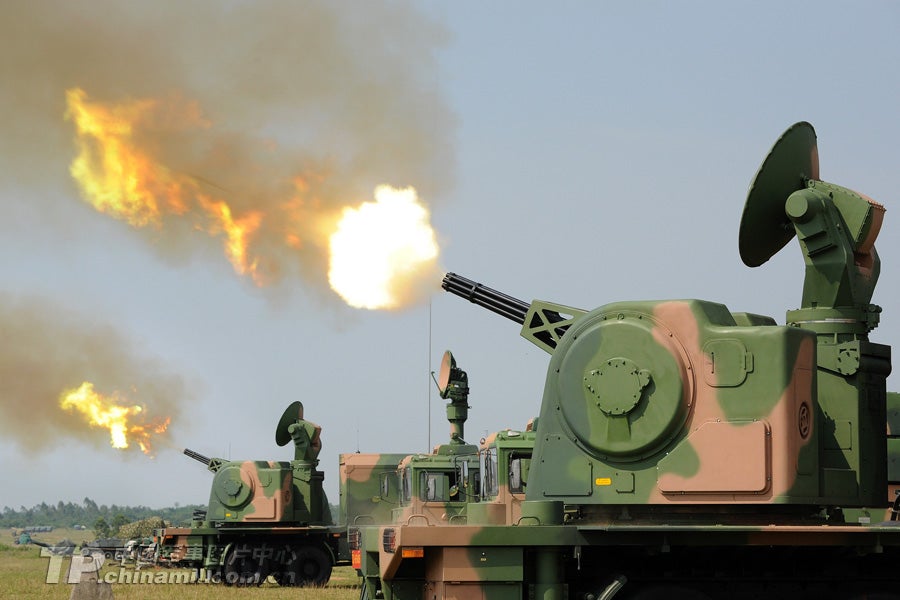 The LD-2000 is a land-based version of the naval Type 730 CIWS. A 5,600 rounds per minute weapon, the LD-2000's vast volume of fire is a last ditch defense against missile and bombs that make it past the outer layers of deadly SAMs like the HQ-6 and HQ-9. tp.chinamil.com.cn, via =GT at China Defense Forum
SHARE 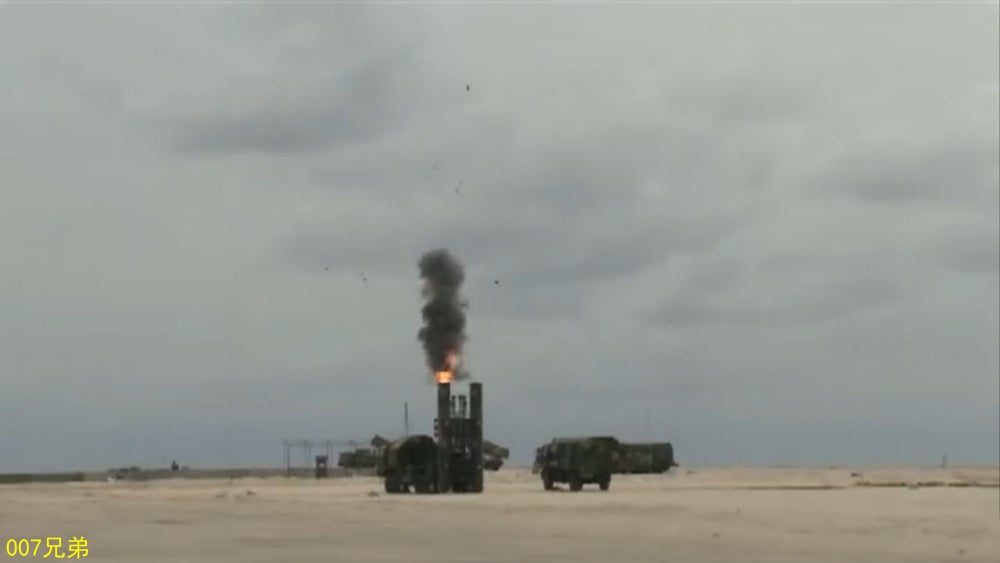 A HQ-9 TEL vehicle on Woody Islands in the Paracels fires off a 200km range missile during recent live fire exercises.

The People’s Liberation Army Navy has made waves across the South China Sea by rotating heavy missile launchers to the Paracel Islands, also disputed by Taiwan and Vietnam. In addition to YJ-62 anti-ship missiles, recent television footage shows PLAN air defense units engaged in live fire exercise on the islands, a clear counterpoint to recent US naval voyages and flights inside those disputed waters. While China has deployed anti-aircraft guns to the Paracels in the past, the deployment, even if temporary, of an integrated, multi-layer air defense network and anti-ship missiles on those islands is a quantum leap in China’s ability to control the air and sea-space outside of China proper. 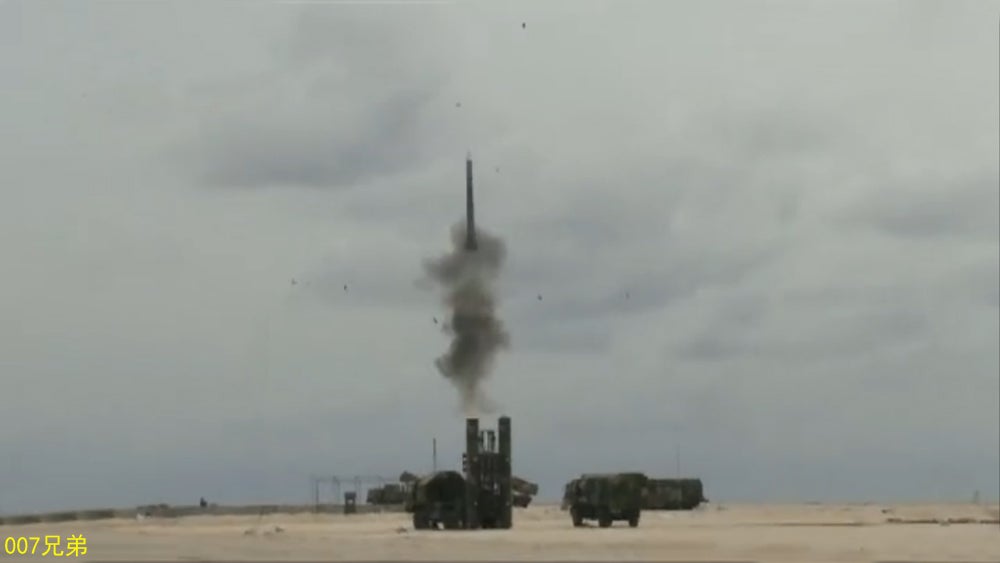 The HQ-9’s AESA radar allows it to threaten stealth aircraft, adding another layer to China’s A2/AD challenge in the South China Sea.

The weapons deployed notably include like the HQ-9 surface to air missile (SAM). The HQ-9 is a long range SAM, whose nearly 30km flight altitude and 200km range makes it the peer of the U.S. Patriot and Russian S-300 SAMs. In particular, the HQ-9 uses an AESA HT-233 radar for searching and tracking enemy aircraft, including enemy stealth fighters and drones. In wartime, the HQ-9 would use its long-range missiles and powerful radar to strike down enemy aircraft before they get in range to drop bombs, as well as destroying enemy missiles at range. 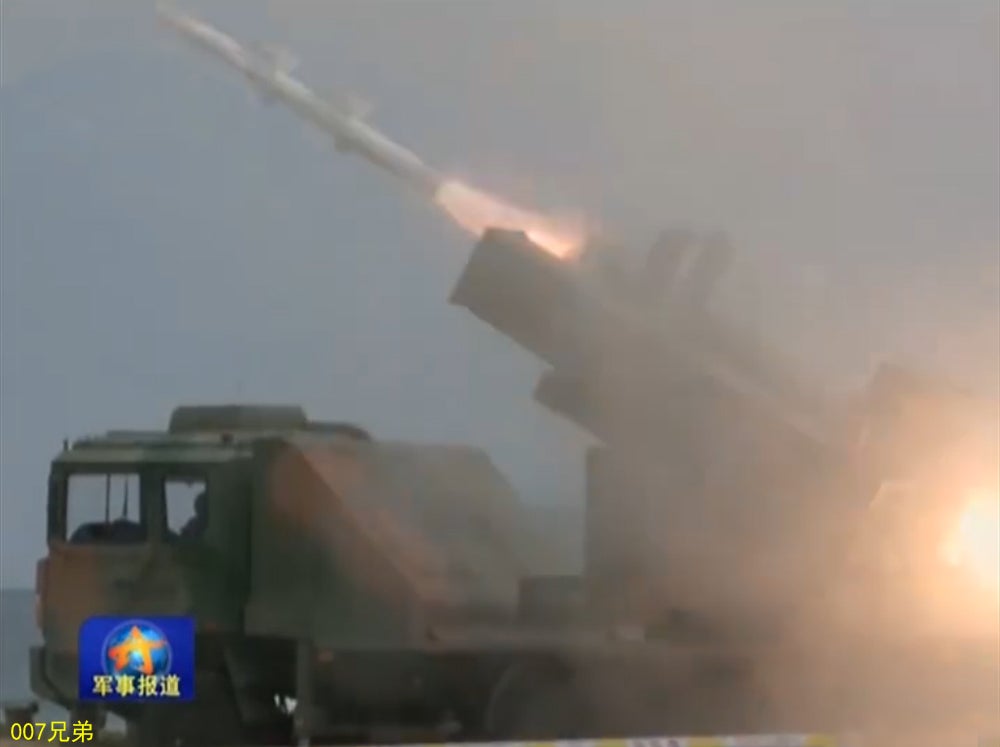 The shorter ranged HQ-6, ironically derived from an Italian copy of an American air to air missile, uses its low altitude maneuverability to hit low flying targets like cruise missiles trying to evade the HQ-9.

For any aircraft or missiles that manage to give the HQ-9 the slip, the shorter ranged HQ-6 SAM will be waiting to sweep up the survivors. Based on the PL-11 air-to-air missile, the HQ-6 has a range of up to 20 kilometers. Being based on an air-to-air missile, its maneuverability at low altitudes makes it a good choice to hit cruise missiles, which can fly low as 10 meters above the ground (too low for most long range SAMs like the HQ-9).

A Ton of Ammo a Minute

The LD-2000 is a land-based version of the naval Type 730 CIWS. A 5,600 rounds per minute weapon, the LD-2000’s vast volume of fire is a last ditch defense against missile and bombs that make it past the outer layers of deadly SAMs like the HQ-6 and HQ-9.

As a last ditch defense measure, Chinese land forces can count on the LD-2000 close in weapons system (CIWS). The LD-2000 is a truck-mounted variant of the Type 730 CIWS found on Chinese warships like the Type 052D destroyer and Type 054A frigate. Its main weapon is a seven barreled, 30mm cannon. The guns can shoot up to 5,600 one-pound shells a minute, shattering supersonic missiles 3.5km away. The LD-2000 uses an advanced radar, laser range finder and night-day electro-optical/infrared camera to maximize chances of a kill; its laser designator can be used to guide the LD-2000’s six DK-9 short ranged missiles against maneuvering targets. Like other CIWS, the LD-2000 can supplement its point defense mission to include surface targets like enemy small boats and infantry. 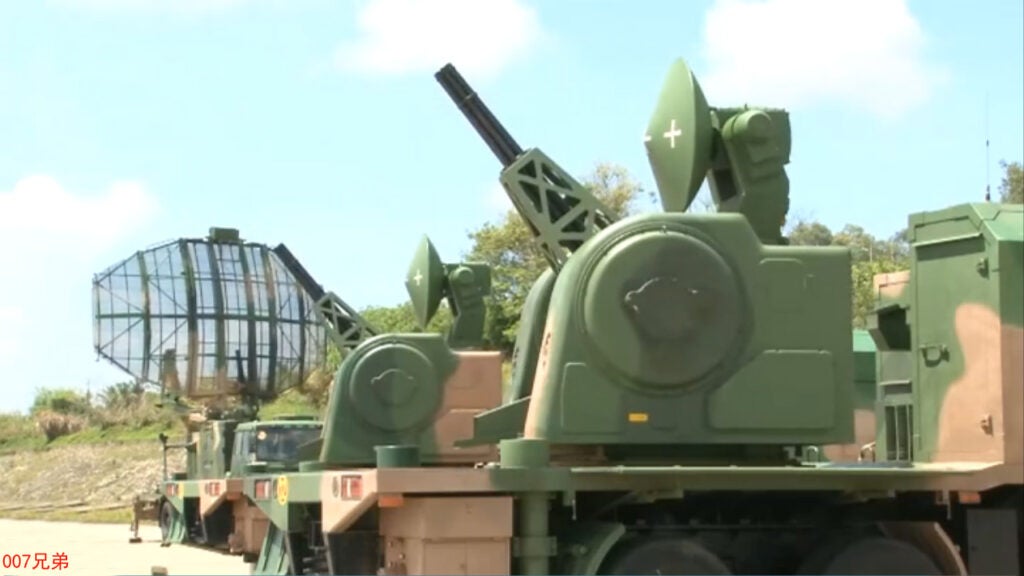 Showing off China’s rapid ability to deploy multi-layered anti-access systems like air defense networks provides Beijing with a way to show the flag and demonstrate military resolve, compared to other more aggressive maneuvers such as sending fighter aircraft to fly close to foreign surveillance planes. The ability to quickly move around integrated air defense networks also adds an unseen but still felt military flavor standing behind the paramilitary or non military tools of Chinese territorial actors, like the Coast Guard, oil rigs and fishing boats.