“... so that locusts swarm over the land and devour everything....” 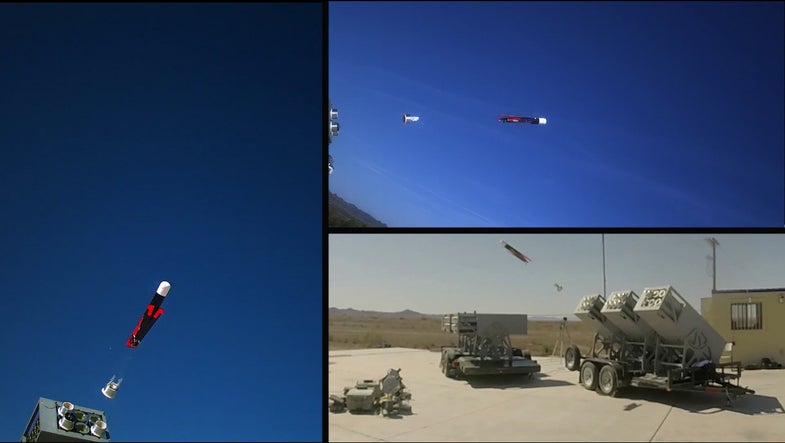 Birthed into the sky with all the fanfare of a soda bottle pop, the drone swarm took flight from its metallic silos. One drone every second, until the whole swarm is airborne. Pop, pop, pop, this is the future of war, according to the Office of Naval Research.

“LOw-Cost Unmanned aerial vehicle Swarming Technology”, or LOCUST, as the program is known, is an evocative acronym, immediately bringing to mind biblical retribution against Pharaoh and countless other famines wrecked by the flying, grain-hungry insects.

The military program is modestly less sinister. It’s lots of small drones, folded up into tubes, and then put into the sky to cover and scout an area together. For decades, America has fielded aircraft more expensive than the weapons used to knock them out of the sky. One solution to this, and that favored largely by the Air Force, is stealthy planes, which are much harder for anti-air missiles to hit. Another option, which is growing on the Air Force and which the Navy demonstrates here, is instead to throw lots of smaller, cheaper robots into the sky, with a single human controlling them from afar, and let the enemy waste expensive anti-air missiles on drones, while redundant swarm members complete the mission.

We’ve seen this swarm demonstrated before. The latest video, released by the Office of Naval Research yesterday, shows a refinement of the technology, and curiously leaves out the tactical simulation, where some swarm drones turn into weapons and blow up targets on the ground. That may be missing from the video below, but it’s still very much part of the future plans for machines like this.