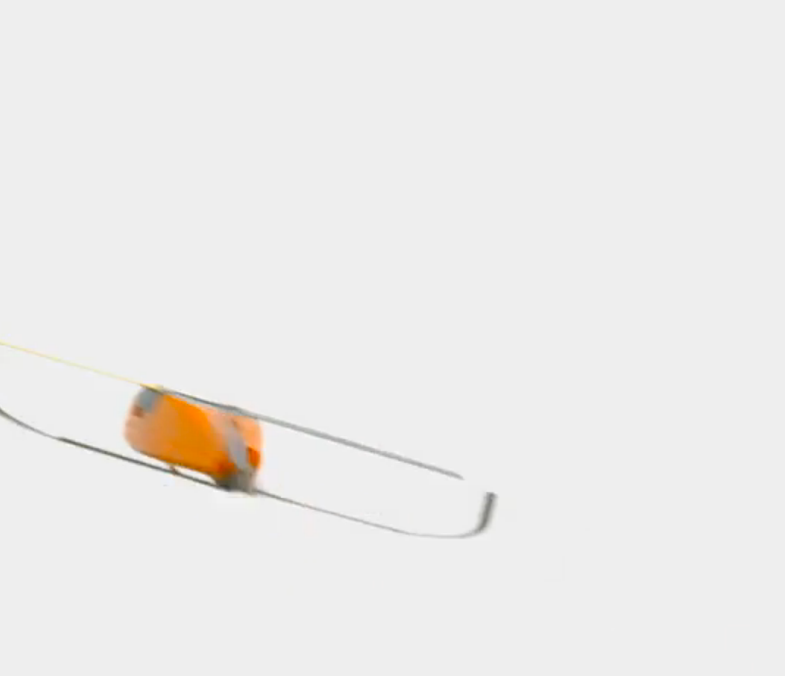 A single Perdix drone, with a wingspan of less than a foot. Screenshot by author, from CBS
SHARE

On Oct. 26, 2016, a pair of Hornets flying above an empty part of California opened their bellies and released a robotic swarm. With machine precision, the fast-moving unmanned flying machines took flight, then moved to a series of waypoints, meeting objectives set for the swarm by a human controller. The brief flight of 103 tiny drones heralds a new age in how, exactly, America uses robots at war.

The Pentagon’s worked with Perdix drones since 2013, with the October flight using the military’s 6th generation of the devices. F/A-18 Hornets, long-serving Navy fighters, carried the drones and released them from flare dispensers. The small drones were the subject of an episode of CBS’s 60 Minutes, and they move so fast they’re hard to film. Below, in a clip from the Department of Defense, the drones are barely visible as dark blurs beneath the fighters.

Captured by telemetry video on the ground, the swarm is clearly visible. First it appears as if from nowhere, moves as one towards a new set of objectives.

This drone swarm was a product of the Strategic Capabilities Office, and outgoing Secretary of Defense Ash Carter praised the work, saying “This is the kind of cutting-edge innovation that will keep us a step ahead of our adversaries. This demonstration will advance our development of autonomous systems.”

Autonomy and swarming are centerpieces in many predictions about the next century of war. The Predator, Reaper, and Global Hawk drones that have so far most embodied how the United States fights wars are big, expensive, and vulnerable machines, with human pilots and sensor operators controlling them remotely. These drones also operate in skies relatively free of threats, without fear that a hostile jet will shoot them down. That’s an approach that’s fine for counterinsurgency battles, an admittedly large part of the wars the Pentagon actually fights, but against a near-peer nation or any foe with sophisticated anti-air or electronic jamming equipment, Reapers are extremely vulnerable targets.

Swarms, where several small flying robots work together to do the same job previously done by a larger craft are one way around that. A few $45,000 anti-air missiles are a cost-effective way to shoot down an $18 million Reaper, but firing that same anti-air missile at a smaller, commercial drone isn’t as effective, especially when there are still 102 other drones flying the same mission at the same time.

Controlling that swarm is where autonomy comes in. With every Predator drone, there’s an actual joystick and flight controls for a human pilot, whose job it is to direct the uncrewed plane and maneuver it. That one-to-one ratio would be impossible to maintain with a small drone swarm, and given that the perdix drone has a listed flight time of “over 20 minutes,” it would be a lot of effort for a very short excursion.

“They are a collective organism, sharing one distributed brain for decision-making and adapting to each other like swarms in nature,” according to Strategic Capabilities Office Director William Roper, before emphasizing that there was a human in the loop. Unlike the Predator, where the machine responds to the pilot’s joystick, this swarm receives objectives from a human controller, and then directs itself to that location. Presumably, the swarm could still fly to a preset list of objectives even if it loses contact with a human controller, giving it the freedom to operate in the face of jamming as well as anti-air weapons.

For now, the autonomous decision making appears limited to where it flies. The Pentagon’s Defense Science Board released a study on military uses of autonomy in the summer of 2015, and mostly found nonlethal uses for self-directed machines. Still, it’s not hard to picture a future where similarly small drones with explosive payloads could receive a command to fly to a given point, and then once there crash into the objective. Developing autonomy is the hard part; turning it into a weapon isn’t. The international community is already considering bans on lethal machines, though deadly machines with some degree of autonomy are already here.

Perdix, as it is, is a breakthrough for autonomy and for swarms, not for lethality. For now, we can admire the maneuvering buzzing swarm of skybots, while still wondering how much human control, exactly, is in the process.

Watch and especially listen to the swarm below. “Drone” has rarely been a more appropriate descriptor.