Known as 'the roof of the world,' the Plateau boasts clear skies and predictable weather—ideal conditions for the next powerhouse in space research. 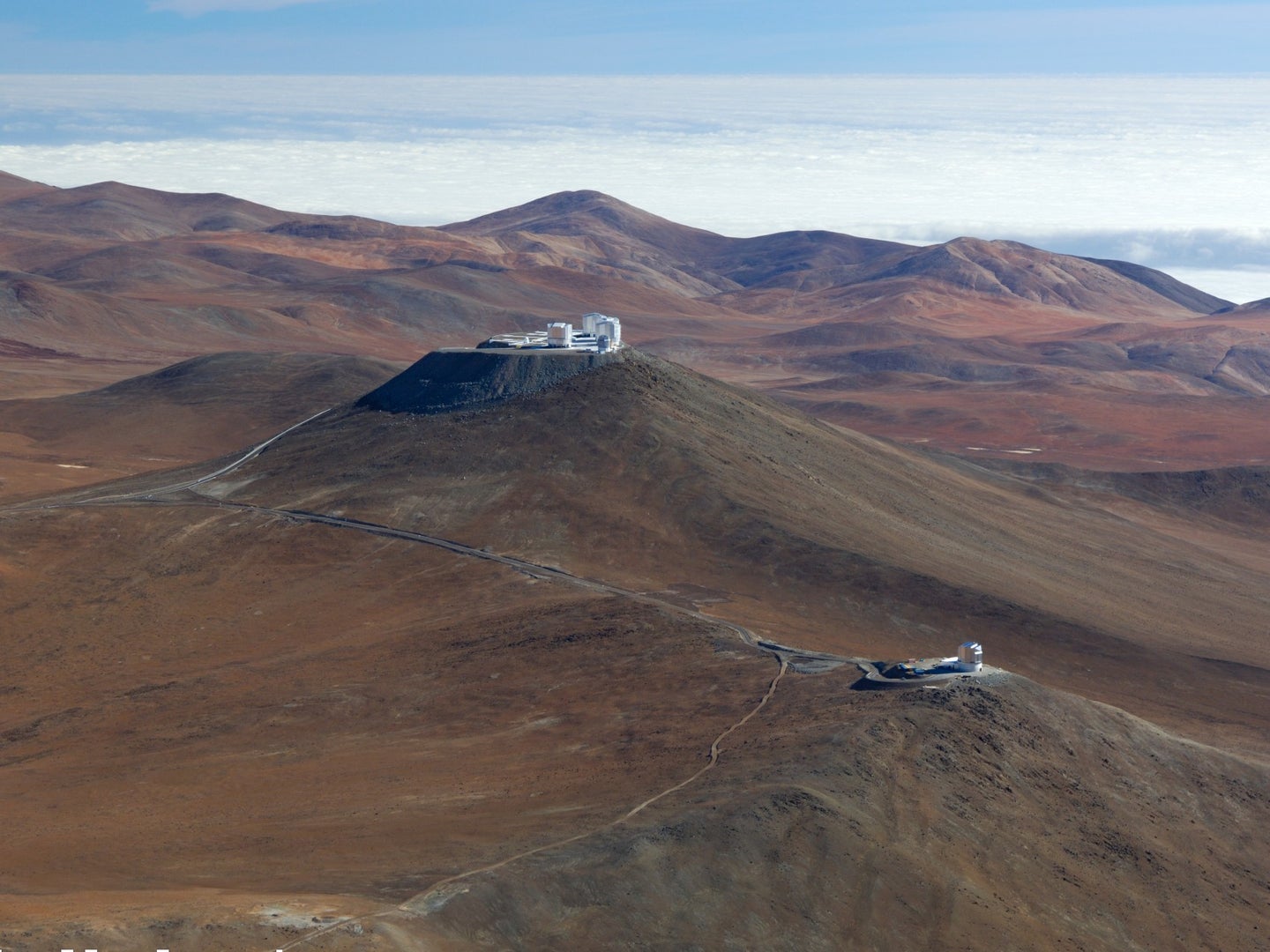 Many top telescopes, such as the Very Large Telescope, take advantage of near-ideal conditions in Chile. The Tibetan Plateau could serve a similar role for observations in the Eastern Hemisphere. ESO/G.Hüdepohl (atacamaphoto.com)
SHARE

When astronomers drop millions (and occasionally billions) of dollars on a giant telescope, they think very carefully about where to put it. Chile’s Atacama Desert, for instance, currently hosts more than half of the world’s flagship observatories (so many that researchers organize inter-facility sports leagues), because its mountain plateaus are perfect for astronomy: high, dry, and with few clouds. Other prominent instruments cluster in Hawaii and the Canary Islands, off the coast of Morocco—all in the Western Hemisphere.

That’s left the entire Eastern Hemisphere out of the flagship observatory club. But in recent years, Chinese researchers have had their eye on a vast parcel of potential astronomical real estate: the Tibetan Plateau. Five times the size of France, the plateau stretches across a swath of northwestern China and into Nepal. At an average elevation of around 15,000 feet, it’s the planet’s highest region, garnering it the nickname “the roof of the world.”

A patch of that roof might make for particularly good star gazing. After three years of data collection from a mountaintop near a town called Lenghu, a team of astronomers has concluded that the site’s inky black sky and crystal-clear air rival the conditions found at other world-class sites. Their report, published yesterday in Nature, may smooth the way for new cutting-edge instruments that can survey the universe—and illuminate a blind spot in modern astronomy.

“I’m pretty optimistic and excited about it,” says Quanzhi Ye, an astronomer at the University of Maryland who was not involved in the research.

The problem with concentrating the world’s best telescopes in one hemisphere is that astronomers can’t effectively monitor a quickly developing situation. If researchers in Chile spot an approaching asteroid, for instance, or a supernova, they can only watch it for so long before the planet rotates away from their target. Then “you need an eastern telescope that can carry the torch,” Ye says.

Researchers have long been interested in the Tibetan Plateau for its potentially crisp view of the cosmos. An astronomer’s main enemy is air, which distorts light, so getting up and above as much of the Earth’s atmosphere as possible is the top requirement. The home of the Himalayas is a prime candidate for such projects, but are the conditions as good as they seem?

In 2015, Ye led an attempt to find out. He and his colleagues fed more than three decades of weather data into a weather model and estimated the observing conditions in the remote Ngari region in western part of the plateau. The group found that Ngari’s skies might be almost as clear as those above the Atacama Desert.

But it was just a simulation. To really understand the plateau’s potential, someone would have to go and study it for themselves.

Now someone has. In September of 2018, a team led by Licai Deng, an astronomer at China’s National Astronomical Observatories, lugged cameras and other scientific instruments to the summit of Lenghu’s Saishiteng Mountain by hand. Building materials and other tools were delivered by helicopter, because the road to the site had not been completed when they began. The researchers then spent three years monitoring Lenghu’s skies.

“The great thing about this research,” Ye says, is that “they set up a station at the top of the Lenghu site. They have actual data in hand.”

Any telescope built in Lenghu, the researchers found, will enjoy a spectacular view. The prospective build sites sit between 13,800 and 14,800 feet above sea level, and are cloud-free 70 percent of the time. That’s similar to observatories in Chile (71 percent) and Hawaii (76 percent), but not quite as favorable as instruments on the Canary Islands (84 percent).

Another key quality is an astronomical measure called “seeing,” which describes how much a star twinkles as its light passes through the atmosphere. Twinkling is bad, so the lower the seeing the better. Lenghu has a seeing of 0.75 arcseconds, the same as or slightly better than certain spots in Hawaii (0.75 arcseconds), the Canary Islands (0.76 arcseconds), and Chile (0.80 arcseconds).  “Below 1 arcsecond, that’s very good,” Ye says. “It’s a very exciting site.”

Saishiteng Mountain is also well situated for a potential astronomical hub. Many parts of the Tibetan Plateau are tough to reach, but Lenghu is located near three airports and a train. Its desolate desert scenery even attracts the occasional tourist.

Developing the western part of the country and turning it into a research powerhouse has been a national strategy for years, Ye says, and Chinese astronomers are already making rapid progress with local and national support. The world’s most powerful gamma-ray and cosmic-ray detector, the Large High Altitude Air Shower Observatory, is making discoveries from the eastern edge of the Tibetan plateau. And Lenghu has been designated as “Mars town,” with a simulated Martian base for research and tourism.

Next come the instruments. Work has already begun in Lenghu on the $28 million, 2.5-meter Wide Field Survey Telescope (WFST), which will image the entire sky above the Northern Hemisphere every three nights. It will work in parallel with the Vera C. Rubin Observatory, an 8.4-meter star peeper under construction in Chile that will do a similarly speedy and more in-depth surveying the south. A next-generation 6.5-meter telescope is also on the way.

Now that Lenghu’s skies have been certified clear, it’s just a matter of time before China’s astronomical hotspot begins to heat up.