How Frigatebirds Stay In The Air For Months At A Time 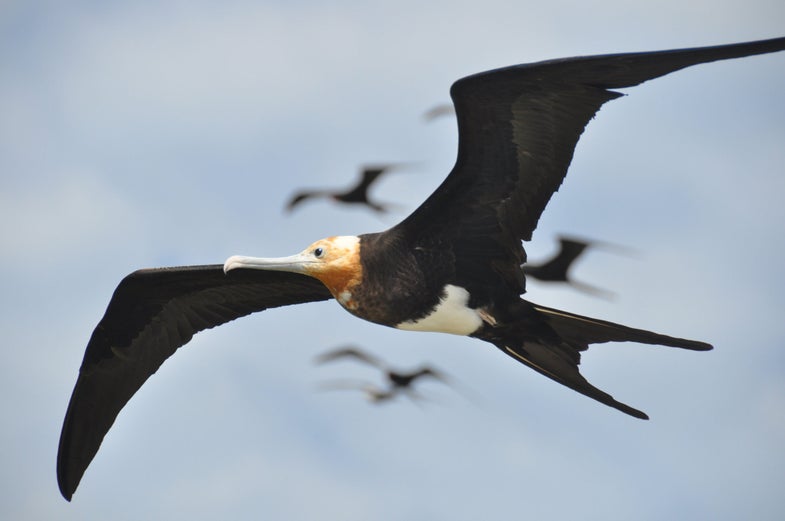 It’s unusual for a marine bird to avoid water with the fastidiousness of a stereotypical cat. What’s even more amazing are the extreme lengths that a great frigatebird will go to in order to avoid getting its feathers wet.

Great frigatebirds, which live in and around the Pacific and Indian Oceans, have the unique ability to stay aloft for insanely long distances and periods of time. In a new study published in Science researchers found that some young great frigatebirds were spending as many as two months in the air without ever touching the ground.

By putting a small transmitter on the backs of the birds, researchers were able to measure not only where the birds went, but also their altitude, heart rate, and other factors. They found that the birds tended to stay between 98 feet and 6562 feet above sea level, mostly gliding instead of flapping their wings.

They found that the birds manage these marvelous feats of endurance by taking advantage of air currents, soaring high on warm air rising during the day, and gliding along on the constant currents called trade winds, relying on them to carry them far from the shore with minimal effort and very little flapping. Some birds could shoot up into the air at rates of 13 feet to 16 feet per second (9-11 miles per hour) just by catching a ride on a current going the right way.

Unlike other marine birds, the great frigatebird doesn’t have waterproof feathers, so it can’t just decide to take a dip when it gets tired. Instead, it avoids the waves at all costs, even waiting for other marine predators like tuna to cause their favorite prey, fish, to leap out of the water. The frigatebird then snags them out of thin air, giving new meaning to the term ‘fast food’. 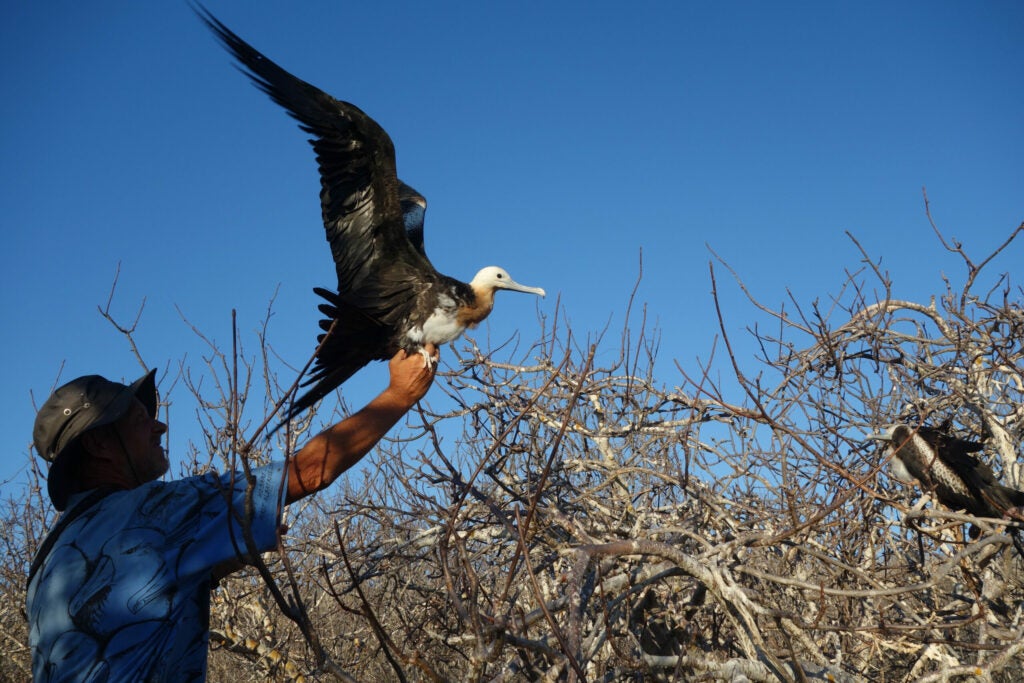 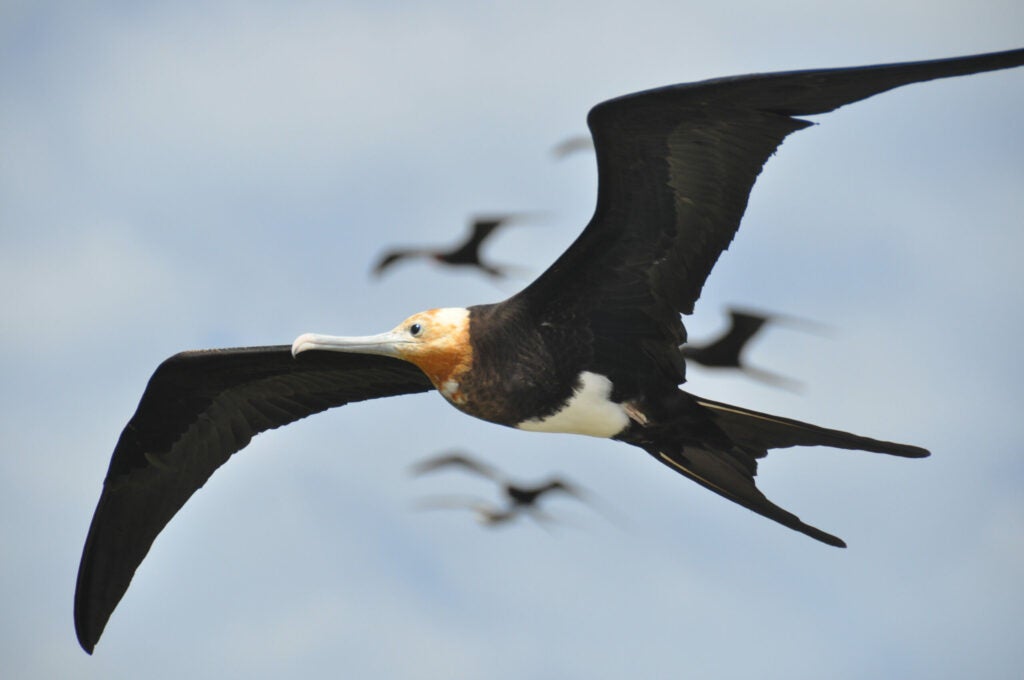 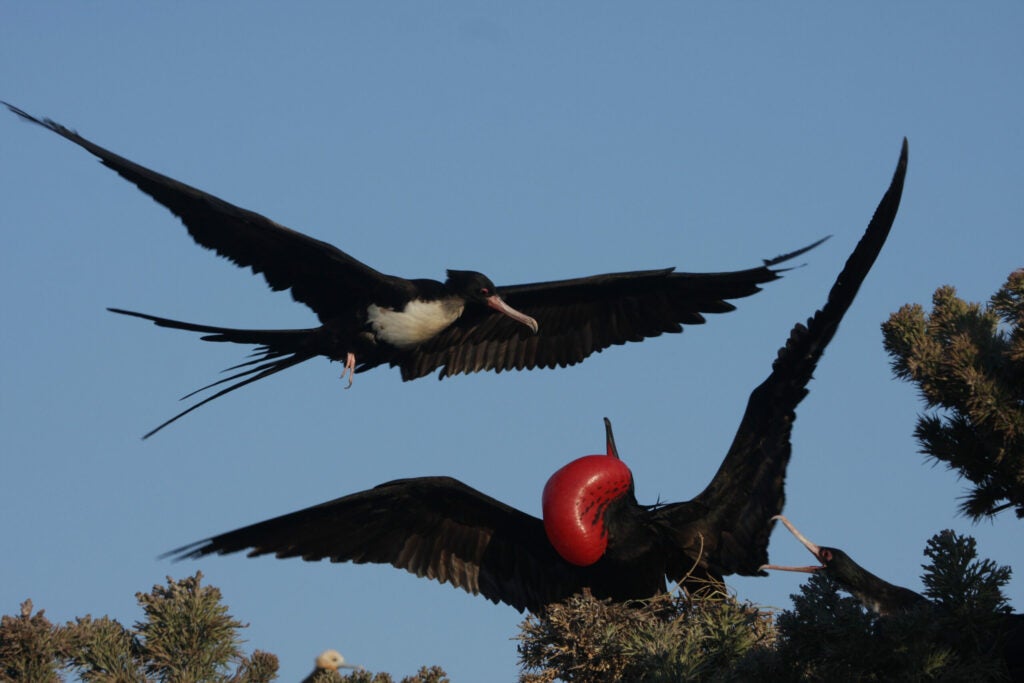 A male frigatebird (perched) tries to attract the attention of a female (in flight). 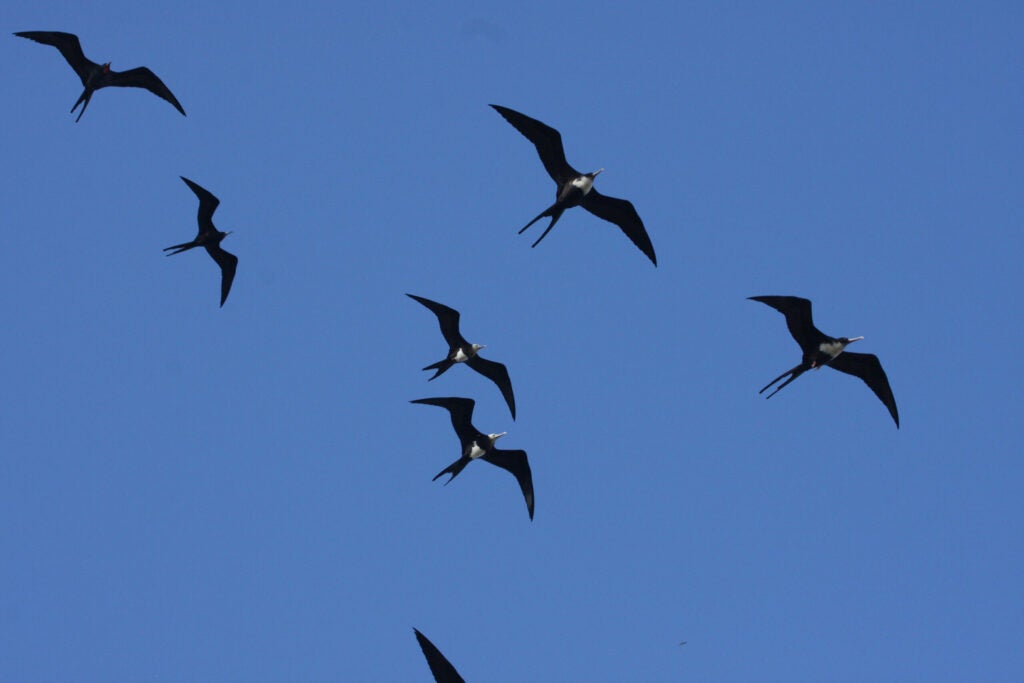 A group of frigatebirds returning to their colony.
Animals
birds
Environment
Flight