A 66-year-old man is the fifth and oldest person successfully treated this way. 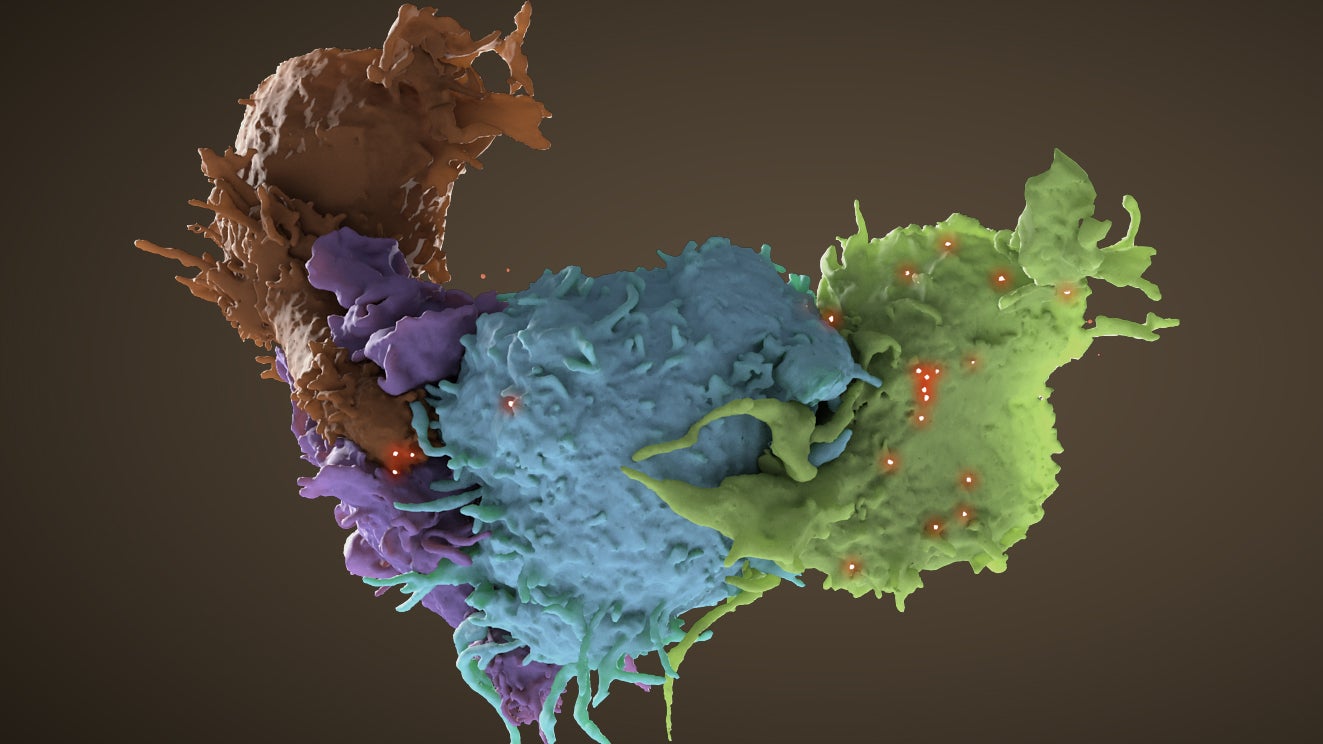 Two more patients have been successfully treated for HIV infections, according to results presented at the International AIDS Society meeting on Wednesday. In one case, a 66-year-old American was essentially cured of HIV, becoming the oldest and the fifth person to be rid of the virus. The other, a woman who received an immune-boosting therapy, is in long-term viral remission.

In previous cases, patients cured of HIV had received bone marrow transplants from donors with a rare genetic mutation that makes immune cells naturally resistant to the virus. The American, anonymously identified as the City of Hope patient after the California hospital where he was treated, received a stem cell transplant in 2019 that also contained the same mutation.

Although the results look promising, infectious disease scientists are hesitant to call stem cell or bone marrow transplants official cures for HIV. The therapies are meant to treat other illnesses, not HIV. The American received the blood stem cells because he has acute myeloid leukemia.

Nor are these options widely available: Only 1 in 100 people of Northern European ancestry have the key mutation. The procedure also carries a strong risk of complications or death. The City of Hope patient is currently undergoing treatment for painful mouth ulcers because the donor stem cells are attacking his tissues. Marrow transplants do not always work, either, as two patients who were previously HIV-free saw the infection return years later.

Still, Steven Deeks, a professor of medicine at the University of California at San Francisco who previously took care of the first patient cured of HIV, told The Washington Post this is likely the fifth time “in which this type of transplant appeared to cure someone. This approach clearly works. It’s curative, and we know the mechanism.”

The City of Hope patient has been in remission for almost a year and a half. He had been on antiretroviral therapy for over 30 years to manage an HIV infection. “When I was diagnosed with HIV in 1988, like many others, I thought it was a death sentence,” the patient said in a statement from the hospital. “I never thought I would live to see the day that I no longer have HIV.”

The meeting included results of another case from Spain, where a woman is reported to be in long-term viral remission. She was originally enrolled in a clinical trial for antiretroviral medication, and was randomly selected to complete four immune-boosting treatments for 11 months. The woman has been taken off the medications, and her immune system has prevented the virus from spreading for 15 years. But, unlike the stem cell transplant recipient, she still has HIV in her body.

[Related: The first woman has been cured of HIV using donor stem cells]

“These cases are still interesting, still inspiring, and illuminate the search for a cure,” said Sharon Lewin, an infectious disease specialist at Australia’s University of Melbourne in a news conference, per NBC News, though she noted transplants are not viable for the majority of people with HIV.

About 1.2 million people in the United States are living with HIV. Since 2019, there have been 15,815 deaths in adults and adolescents with HIV. Thirteen percent of people do not know they are positive, and almost 40 percent of new cases come from people who are not aware they are infected. The Centers for Disease Control and Prevention recommends everyone between the ages of 13 and 64 get an HIV test at least once in their lives as part of their routine health care.