A combination of two treatments rid mice of the retrovirus. 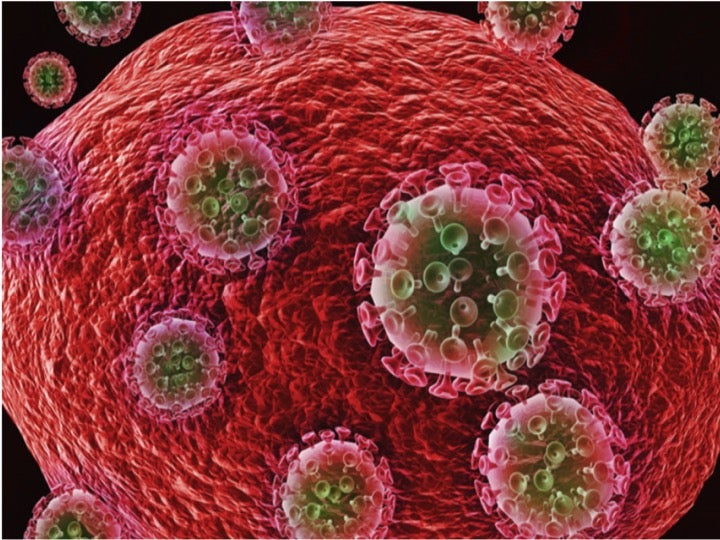 Around five years ago, when the gene editing technology CRISPR was still new, Kamel Khalili started work on ways to use the system to treat and cure HIV. Khalili, director of the Comprehensive NeuroAIDS Center at the Lewis Katz School of Medicine at Temple University, showed then that CRISPR could effectively clear HIV in both cells and in animals.

However, CRISPR alone couldn’t completely get rid of HIV and its viral DNA. But in a new study, Khalili and his collaborators combined the gene editing technique with an enhanced version of the virus-suppressing drugs normally given to treat HIV, and were able to eliminate HIV entirely from animal models.

HIV is currently treated with antiretroviral drugs, which suppress the amount of HIV present and prevent the virus from replicating. The drugs are highly effective—they keep people healthy and lower the chance they can pass on the virus. However, the meds are no cure: The virus still lies dormant in cells throughout the body, and if a patient stops taking the drugs, it surges back. Finding a cure is important, Khalili says, because the drugs can come with side effects and aren’t equally available across the world.

The new study, published in Nature Communications, used a long-acting and slow release form of antiretroviral therapy developed by co-author Howard Gendelman, chair of the department of pharmacology and experimental Neuroscience and Director of the Center for Neurodegenerative Diseases at the University of Nebraska Medical Center. The treatment is referred to as LASER ART (long-acting slow-effective release antiretroviral therapy). “It’s a bit more beefed up, potent than regular [antiretroviral therapy],” Khalii says. Like standard treatment, though, LASER is not a cure. “If you treat animals with just LASER, and stop, the virus rebounds,” he says.

In this study, though, the LASER treatment appeared to lower the amount of HIV to a level that CRISPR, delivered intravenously, could effectively clear out any lingering virus and DNA. Of 23 mice treated with the combination therapy, nine had what appeared to be complete elimination of HIV. The team conducted a wide range of tests—including transplanting the bone marrow (where the virus can linger) of treated mice into healthy mice—to confirm that no HIV remained.

The study was an initial round to see if the combination worked or not—Khalili says they weren’t looking to get rid of the virus in every single subject. “We didn’t do any calibration or optimization.” Future research will refine the timing and dosage of drug delivery to identify the most effective treatment, he says.

The team is testing their treatment in monkey models, with plans to move into human trials next summer, if all goes according to plan. “We’re already in communication with the FDA,” Khalili says. He’s also founded a company, Excision BioTherapeutics, that’s raising money for clinical trials and will aim to commercialize the treatment, if it proves effective.

Success in animal models, however, does not guarantee that the treatment will work in humans—the majority of things that help clear disease in mice don’t work or don’t work nearly as well when they’re tried on people. Khalili says he is optimistic, though, because the strategy does not rely on cellular pathways that differ between mice and humans: “We are targeting a virus, and the virus is the problem,” he says.

If the treatment makes it through the high hurdles of clinical trials and Food and Drug Administration approval, Khalili says he hopes it will be easy to deliver—that’s why they worked with IV injections during the animal trials. “One thing we’re thinking about is the application. We’re trying to make sure the application is very simple, and you don’t need a high tech hospital,” he says.